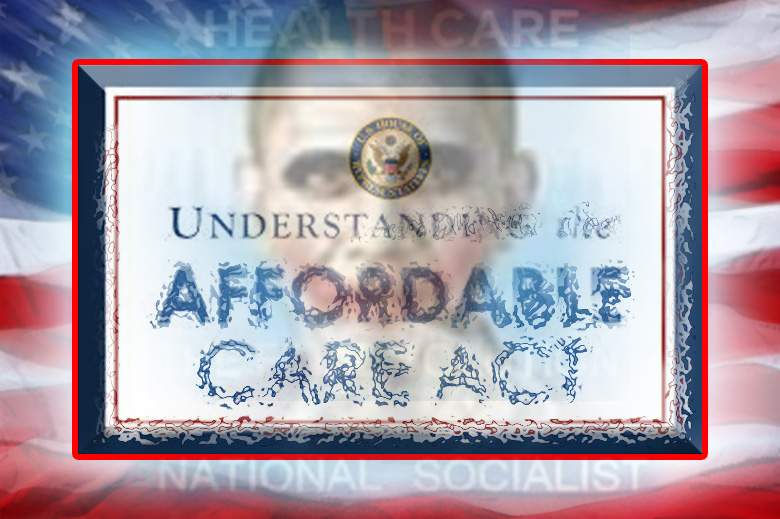 The Truth About Obamacareby Stefan Molyneux of Freedomain Radio

As I gathered and organized my information for an eventual post to chronicle the launch of Obamacare, I came across the following video by Stefan Molyneux of Freedomain Radio. This video is the most concise all-inclusive presentation regarding the Affordable Care Act that I’ve seen to date.

As per Nancy Pelosi’s request, Congress passed the law so they could then find out what was  actually prescribed in the 10,535 pages of legislation penned mostly by lawyers and lobbyists for the healthcare and pharmaceutical industries that will change healthcare as we know it.

Following the video in this post, I will also include some of the information I have compiled but as far as a quick summation goes, this video sums it all up very well.

Key Points in the video:

Cardin Doesn’t Have ‘Any Idea’ How Many of 10,535 Pages of Obamacare Regs He’s Read

Sen. Ben Cardin (D-Md) says he doesn’t have “any idea” how many of the 10,535 pages of final Obamacare regulations he has read.

Millions of Americans Are Losing Their Health Plans Because of Obamacare

While the Affordable Care Act was making its way through Congress in 2009 and 2010, President Obama famously promised the American people over and over again that if you like your health plan, you can keep it.

But the president’s promise is turning out to be false for millions of Americans who have had their health insurance policies canceled because they don’t meet the requirements of the Affordable Care Act. According to health policy expert Bob Laszewski, roughly 16 million Americans will lose their current plans because of Obamacare.

Health plans are sending hundreds of thousands of cancellation letters to people who buy their own coverage, frustrating some consumers who want to keep what they have and forcing others to buy more costly policies.

But the cancellation notices, which began arriving in August, have shocked many consumers in light of President Barack Obama’s promise that people could keep their plans if they liked them.

Elderly New Yorkers are in a panic after getting notices that insurance companies are booting their doctors from the Medicare Advantage program as a result of the shifting medical landscape under ObamaCare.

Bureaucracies in the Obama Administration have thus far published approximately 11,588,500 words of final Obamacare regulations, while there are only 381,517 words in the Obamacare law itself. That means unelected federal officials have now written 30 words of regulations for each word in the law.

What is commonly known as the Obamacare law includes both the Patient Protection and Affordable Care Act (PPACA) and the Health Care and Education Reconciliation Act (HCERA). Since these bills were signed into law by President Barack Obama in March 2010, various agencies in the administration have published 109 final regulations spelling out how they are to be implemented. These 109 final regulations account for a combined 10,535 pages in the Federal Register, where the government officially published them.

Obamacare’s Failure In One Chart

A Bleak First Week: 99.6% of Healthcare.gov Visitors Did NOT Enroll in Obamacare

Over the course of Obamacare’s first week, 9.5 million people visited healthcare.gov, the federal government’s official healthcare website and the de facto exchange for residents of two thirds of the states. In addition, the 16 operational state-run exchanges combined to attract over 3.1 million visitors during the same period. In total, 11.3 million consumers visited the federal and state exchanges during their first week of operation.

Unfortunately, what started as a fire hose of interest, resulted in only a small trickle of actual healthcare enrollments. In the end, just 36,000 consumers, or 1% of all those who attempted to register for the federal exchange, successfully enrolled in Obamacare.

On Thursday, the government’s official Obamacare Facebook page was riddled with people expressing sticker shock over the government’s high cost premiums after struggling for hours to wade through the technical failures vexing Obamacare exchanges all across the country.

“I am so disappointed,” wrote one woman. “These prices are outrageous and there are huge deductibles. No one can afford this!” The comment received 169 “likes.” “There is NO WAY I can afford it,” said one commenter after using the Kaiser Subsidy Calculator. “Heck right now I couldn’t afford an extra 10$ [sic] a month…and oh apparently I make to [sic] much at 8.55/hour to get subsidies.”

Many medical practitioners have apparently simply had enough. Instead of continuing their never-ending struggle with the welfare state’s red tape, they have decided to revert to a free market model without insurance.

Imagine for a moment what might happen if the government were to get out of healthcare altogether and there would be free competition between all health care service providers. What would happen to prices in that case? It is probably fair to assume that they would come down precipitously even from the low prices free market doctors are already able to obtain for their patients nowadays.

California Admits Only 1.65% Of Exchange Visitors Signed Up For Obamacare

While early “guesswork” had estimated the sign-up rates were not ‘terrific’, Covered California – the Obamacare exchange – has released data on the final enrollment rates. They are not great:

Assuming each household is a ‘unique’ then that is a 1.65% sign-up rate. Doesn’t seem like the huge success so many have proclaimed.

Ten Things to Expect from Obamacare in 2014

Obamacare’s health exchanges opened on October 1. Hopefully you weren’t one of the unlucky guinea pigs who attempted to sign up with a system so crummy that even the Washington Post is calling it a disaster. Given that the impact of Obamacare will only grow from here on out, Casey Research  asked acclaimed Obamacare expert Dr. Lee Vliet what we should expect as the calendar turns to 2014.

Importantly, Dr. Vliet is independent in every sense of the word. Not only is she an independent physician, she’s also a registered political Independent, and has no ties to pharmaceutical, insurance, political, or any other interests. Like any good doctor, she is professionally concerned with one thing and one thing only: her patients.

You’ll find her criticisms of Obamacare quite harsh, but only because she’s disturbed about the impact it will have on her patients.

Why is Obamacare so unaffordable? Because it was conceived as a political weapon of mass economic destruction

Right now, all across America, employees are receiving notices that their insurance coverage is being dropped because it isn’t “compliant” with Obamacare. Simultaneously, employers everywhere are slashing jobs, cutting hours and downsizing their operations just to stay afloat by avoiding the most punishing requirements of Obamacare.

Across the economy, Obamacare is devastating American workers and casting tens of millions of people into a state of despair. Why is it causing jobs, hours and insurance policies to be gutted all across America? Because it was designed as a political weapon to destroy private sector jobs so that more people would become dependent on government entitlements, food stamps and welfare programs.