The Greatest Ponzi of All time? The Central Banks Are Terrified of One Thing: BONDS 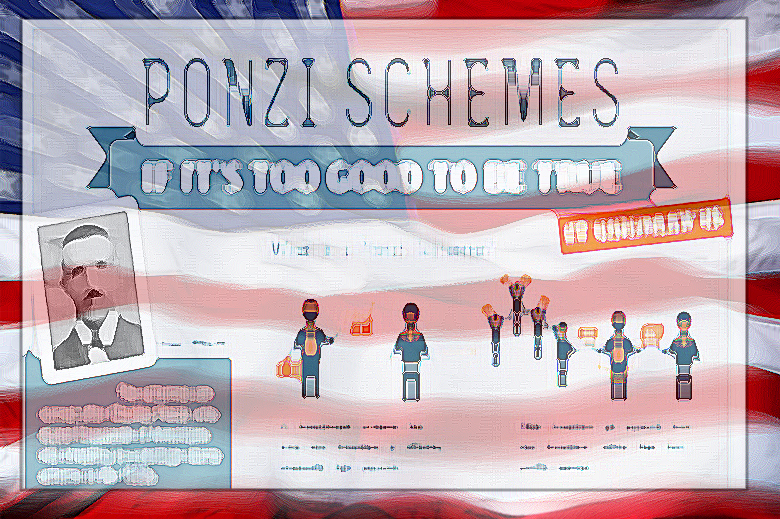 Before we get into the meat of this piece from zero hedge, I’ll just blow off some steam.

After digging for answers at the onset of the financial crisis in 2008 I found myself headed down the rabbit hole. Once I started down into the bottomless pit of discovery there was no turning back. To paraphrase one of my favorite authors (that I fondly shared most bed-times with my curious little babes) Oh The Thinks You Can Think! In the case of Rabbit- Hole discovery, Oh, The Things You Can Discover. The small discoveries snowball bit by bit until you’ve rolled up a giant gargantuan behemoth of reality.

You get to a point where trying to describe the humongous snowball of hidden truths to someone who has not yet even spotted the rabbit hole makes you sound like a crackpot. You’ve come to understand things that they have yet to even imagine as possible. In their eyes you are an annoying babbling kook.

It’s not easy to try and spoon feed, for example: the unconstitutionality of the personal income tax and the corruption of the Federal Reserve (which is in fact NOT federal at all) to someone who is only concerned with the size of their new flat-screen TV,  who they should root for in the Super Bowl or the deal they got on their “look-at-me lease” for the trophy car they really couldn’t even afford to purchase.(We’ve been conditioned to merely manage monthly payments rather than real costs.)

I finally started this blog, almost two years ago to let off some of the steam that had been building up with all the new-found information I’d been gathering. The purpose, I’d hoped, was to nudge people and start a conversation.

Out of the gate, the first comment was an inspiring pat on the back:

This site will soon expose the harsh reality of American apathy and ignorance. Hopefully the hard work and dedication it’s author is undertaking will alert even a few of us who are complacent and need a swift dose of the reality we and our children are facing. I commend your efforts and look forward to the development of this site!

Although I can track that the posts are getting views from all over the globe, I was hoping to ignite more of a dialog with a more intimate community.

Maybe people have been lulled back into complacency with all the papering-over of the real crisis and tales of recovery from the Mainstream Media. Or maybe they are in fact aware of “Big-Brother” and are afraid that their on-line comments will come back to haunt them one day? Does that sound crazy?

Regardless, I’ve committed myself to remain diligent and continue to try and nudge people awake.

Sometimes I wish I’d never found the rabbit hole. It may be easier to just get punched in the face without knowing it’s coming.

I realize, we’re all caught up in the “rat-race” of our day-to-day lives. We’re all busy. But as “usual” as things may seem…. You must notice that something is not quite right.

Why are we (if we are part of the 60% who actually have jobs) working harder than ever to just “keep up”. Why does it now take two parents to provide? Why is it that our grocery bills are always getting larger while the packages are getting smaller? Why is it that if you are an old-school saver that old myth of compounding interest growth has been flushed down the toilet! How are we to teach our children to save and watch it grow when zero interest rates allow inflation to eat away at the purchasing power of their hard earned “money”?

Am I the only one who feels violated each month when I see that I am being robbed of interest income on my savings? These interest rates are criminal! No one seems to give a f!@#$%

These ridiculously low, manipulated interest rates in no way benefit the common man. They give the insolvent banks and governments the false appearance of life when they are in fact zombies.

The frivolous QE ” out-of-thin-air” money-printing that devalues our currency and inflates away the irresponsible debts of our government while it steals the real wealth from the people-you and me.

…is a fraudulent investment operation where the operator, an individual or organization, pays returns to its investors from new capital paid to the operators by new investors, rather than from profit earned by the operator.

Typically, extraordinary returns are promised on the original investment and vague verbal constructions might be used. The promoter sells shares to investors by taking advantage of a lack of investor knowledge or competence, or using claims of a proprietary investment strategy which must be kept secret to ensure a competitive edge.

Ponzi schemes sometimes commence operations as legitimate investment vehicles……… can degenerate into a Ponzi scheme if it unexpectedly loses money (or simply fails to legitimately earn the returns promised and/or thought to be expected) and if the promoters, instead of admitting their failure to meet expectations, fabricate false returns and (if necessary) produce fraudulent audit reports.

‘Dja get that? ‘Pretty much sums up the Fed & Central Banking if you ask me?

I present, The Main Course:

The Central Banks Are Terrified of One Thing: BONDS

If you are an investor, your big concern should not be about what to stocks… but what happens when the bond bubble goes bust.

All of the biggest problems in the financial world revolve around the bond markets today:

1)   Greece’s sovereign debt crisis: Germany is terrified of what a Greek default would do to the EU banks.

2)   The Bank of Japan is purchasing ALL new debt issuance in Japan.

3)   The Fed is terrified of higher interest rates because ever 1% change means over $100 billion more in interest payments on the US debt.

For 30+ years, sovereign nations have been papering over the decline in living standards by issuing debt. In its simplest rendering, sovereign nations spent more than they could collect in taxes, so they issued debt (borrowed money) to fund their various welfare schemes.

This was usually sold as a “temporary” issue. But as politicians have shown us time and again, overspending is never a temporary issue. Today, a whopping 47% of American households receive some kind of Government benefit. This is not temporary… this is endemic.

All of this is spending is being financed by borrowed money… hence, the bond bubble, the biggest bubble in financial history: an incredible $100 trillion monster that is now growing by trillions of dollars every few months.

We do not write that point for effect. Look at the vertical ramp in US debt. Over the last five years.

Indeed, the US issued a total of $1 trillion in new debt over an 8 week period in late 2014 alone.

Sounds a lot like a Ponzi scheme… but the US is not alone in this regard. Globally, the sovereign debt bubble is over $100 trillion in size. Just about every major nation on the planet is sporting a Debt to GDP ratio of 100%+ and that is just including “on the balance sheet” debts… not unfunded liabilities like Medicare or Social Security.

Remember when interest rates move, they tend to move quickly. Consider Italy. It was considered one of the pillars of the EU since it adopted the Euro in 1999. Because of this, the markets were happy to allow Italy to borrow at stable rates with the yield on the ten year Italy government bond well below 5% for most of the last decade.

Then, in the span of a few weeks, everything came unhinged and the yields on Italy government bonds spiked, rising over 7%: the dreaded level at which a country is considered to be insolvent and set for default. It was only through extraordinary lending mechanisms from the European Central bank (the LTRO 1 and LTRO 2 programs to the tune of hundreds of billions of Euros… for an economy that is €2 trillion in size) that Italy was saved from potential systemic collapse.

Again, Italy went from being a former pillar of Europe to insolvent in a matter of weeks… all because interest rates spiked a mere 2% higher than usual.

Italy is not alone here. Western nations in general are in a similar state. This is why QE has been such a popular monetary tool for the Central Banks (since 2008 they’ve spent $11 trillion buying assets, usually sovereign bonds). QE was never meant to create jobs or generate economic growth… it was a desperate ploy by Central Banks to put a floor under the bond market so rates wouldn’t rise. As Dylan Grice from Societe General notes when you include unfunded liabolities, this problem is endemic throughout the Western world and has been for years.

It’s also why Central Banks have kept interest rates at zero or even negative: again, they cannot afford to have rates rise. In the US, every 1% increase in interest rates means between $150-$175 billion more in interest payments on our debt per year.

Forget stocks, forget your concerns about this or that valuation metric, the REAL issue is what happens when the Bond Bubble pops. When that happens it won’t be individual banks going bust, it will be ENTIRE NATIONS.

3 thoughts on “The Greatest Ponzi of All time? The Central Banks Are Terrified of One Thing: BONDS”

Leave a Reply to After 6 Years Of QE, And A $4.5 Trillion Balance Sheet, St. Louis Fed Admits QE Was A Mistake | Concerned American Dad Cancel reply