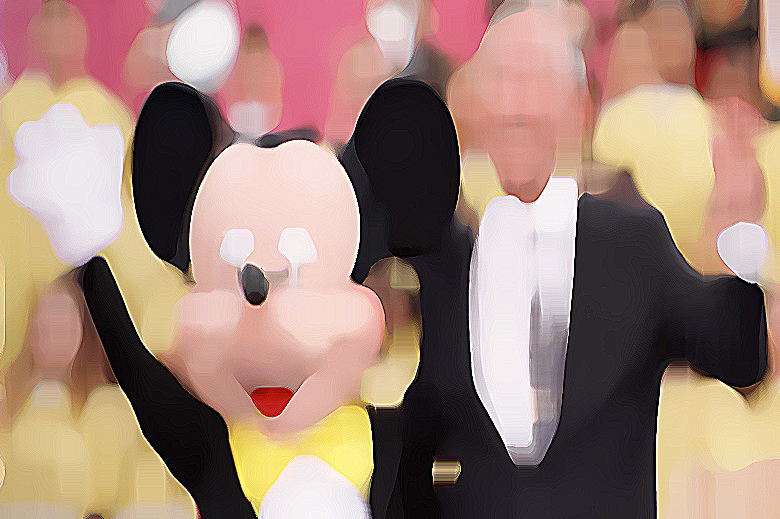 Republican senator and presidential candidate Marco Rubio is backing a bill that would triple the number of guest workers businesses could hire every year, after hundreds of workers in his state were fired and literally replaced by foreign guest workers.

Disney, Southern California Edison and most recently Fossil Group have together fired hundreds of American tech workers and forced them to train their foreign replacements, many of whom were flown in specifically to take their job.

“You had me here one day, and the next day you had an Indian worker at a lower skill level sitting at my desk,” one of the hundreds of tech workers who Disney recently fired told The Daily Caller News Foundation.

He and hundreds of his fellow “Cast Members” were informed last October they were being replaced by a foreign work force, and they could either stick around for 90 days and train their replacements — with a good attitude — or leave immediately and forego their severance packages.

About a month before Disney broke the news, this worker got the very highest rating you can get from management in a performance review, received a raise and was told to expect a promotion. And just a week or two before the announcement, Disney announced record-breaking profits for the company.

So when he was called in to that October meeting he was expecting some sort of promotion or pat on the back. Instead, he and the few dozen other highly regarded, knowledgable and experienced employees called into the meeting were told they had 90 days to find employment elsewhere.

“Twenty years of hard work, technical skill building, fostering relationships, a bachelor’s degree in IT, guided me to a coveted position as an IT engineer at Disney,” he told TheDCNF, speaking on condition of anonymity, because he’s waiting on legal advice. “And that was just wiped out.” (RELATED: Zuckerberg Ally On Americans Losing Jobs To Foreign Labor: ‘This Is What This Whole Country Is Built On)

They were encouraged to apply for other jobs at Disney, and ordered to stay and fully train their replacements, if they wanted to keep their severance package. A 10 percent bonus was dangled as a reward for those who cooperated fully and maintained a great attitude.

ORLANDO, Fla. — The employees who kept the data systems humming in the vast Walt Disney fantasy fief did not suspect trouble when they were suddenly summoned to meetings with their boss.

While families rode the Seven Dwarfs Mine Train and searched for Nemo on clamobiles in the theme parks, these workers monitored computers in industrial buildings nearby, making sure millions of Walt Disney World ticket sales, store purchases and hotel reservations went through without a hitch. Some were performing so well that they thought they had been called in for bonuses.

Instead, about 250 Disney employees were told in late October that they would be laid off. Many of their jobs were transferred to immigrants on temporary visas for highly skilled technical workers, who were brought in by an outsourcing firm based in India. Over the next three months, some Disney employees were required to train their replacements to do the jobs they had lost.

“I just couldn’t believe they could fly people in to sit at our desks and take over our jobs exactly,” said one former worker, an American in his 40s who remains unemployed since his last day at Disney on Jan. 30. “It was so humiliating to train somebody else to take over your job. I still can’t grasp it.”

Disney executives said that the layoffs were part of a reorganization, and that the company opened more positions than it eliminated.

But the layoffs at Disney and at other companies, including the Southern California Edison power utility, are raising new questions about how businesses and outsourcing companies are using the temporary visas, known as H-1B, to place immigrants in technology jobs in the United States. These visas are at the center of a fierce debate in Congress over whether they complement American workers or displace them.

According to federal guidelines, the visas are intended for foreigners with advanced science or computer skills to fill discrete positions when American workers with those skills cannot be found. Their use, the guidelines say, should not “adversely affect the wages and working conditions” of Americans. Because of legal loopholes, however, in practice, companies do not have to recruit American workers first or guarantee that Americans will not be displaced.

Too often, critics say, the visas are being used to bring in immigrants to do the work of Americans for less money, with laid-off American workers having to train their replacements.

“The program has created a highly lucrative business model of bringing in cheaper H-1B workers to substitute for Americans,” said Ronil Hira, a professor of public policy at Howard University who studies visa programs and has testified before Congress about H-1B visas.

A limited number of the visas, 85,000, are granted each year, and they are in high demand. Technology giants like Microsoft, Facebook and Google repeatedly press for increases in the annual quotas, saying there are not enough Americans with the skills they need.

Many American companies use H-1B visas to bring in small numbers of foreigners for openings demanding specialized skills, according to official reports. But for years, most top recipients of the visas have been outsourcing or consulting firms based in India, or their American subsidiaries, which import workers for large contracts to take over entire in-house technology units — and to cut costs. The immigrants are employees of the outsourcing companies.

In 2013, those firms — including Infosys, Tata Consultancy Services and HCL America, the company hired by Disney — were six of the top 10 companies granted H-1Bs, with each one receiving more than 1,000 visas.

H-1B immigrants work for less than American tech workers, Professor Hira said at a hearing in March of the Senate Judiciary Committee, because of weaknesses in wage regulations. The savings have been 25 percent to 49 percent in recent cases, he told lawmakers.

In a letter in April to top federal authorities in charge of immigration, a bipartisan group of senators called for an investigation of recent “H-1B-driven layoffs,” saying, “Their frequency seems to have increased dramatically in the past year alone.”

Last year, Southern California Edison began 540 technology layoffs while hiring two Indian outsourcing firms for much of the work. Three Americans who had lost jobs told Senate lawmakers that many of those being laid off had to teach immigrants to perform their functions.

In a statement, the utility said the layoffs were “a difficult business decision,” part of a plan “to focus on making significant, strategic changes that can benefit our customers.” It noted that some workers hired by the outsourcing firms were Americans.

Fossil, a fashion watchmaker, said it would lay off more than 100 technology employees in Texas this year, transferring the work to Infosys. The company is planning “knowledge sharing” between the laid-off employees and about 25 new Infosys workers, including immigrants, who will take jobs in Dallas. Fossil is outsourcing tech services “to be more current and nimble” and “reduce costs when possible,” it said in a statement.

Among 350 tech workers laid off in 2013 after a merger at Northeast Utilities, an East Coast power company, many had trained H-1B immigrants to do their jobs, several of those workers reported confidentially to lawmakers. They said that as part of their severance packages, they had to sign agreements not to criticize the company publicly.

In Orlando, Disney executives said the reorganization resulting in the layoffs was meant to allow technology operations to focus on producing more innovations. They said that over all, the company had a net gain of 70 tech jobs.

“Disney has created almost 30,000 new jobs in the U.S. over the past decade,” said Kim Prunty, a Disney spokeswoman, adding that the company expected its contractors to comply with all immigration laws.

The tech workers laid off were a tiny fraction of Disney’s “cast members,” as the entertainment conglomerate calls its theme park workers, who number 74,000 in the Orlando area. Employees who lost jobs were allowed a three-month transition with résumé coaching to help them seek other positions in the company, Disney executives said. Of those laid off, 120 took new jobs at Disney, and about 40 retired or left the company before the end of the transition period, while about 90 did not find new Disney jobs, executives said……