Budget deal is a joke and betrayal:David Stockman 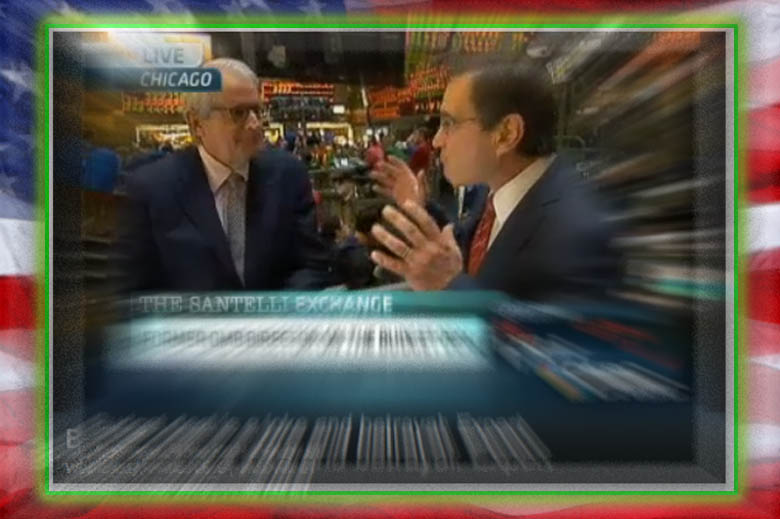 Hopefully by this time there are fewer and fewer people who are actually fooled by this Left vs. Right paradigm.

“First, let’s be clear—it’s a joke and betrayal,” Stockman, who served under President Ronald Reagan, said on CNBC’s “Squawk on the Street.” “It’s the final surrender of the House Republican leadership to Beltway politics and kicking the can and ignoring the budget monster that’s hurtling down the road.”

Former OMB director David Stockman rages to none other than CNBC’s Rick Santelli that the budget deal is a “betrayal and a joke” and “the final surrender of the House Republican leadership to beltway politics.”The dismal reality – that little to no one in the mainstream media will dare utter – the budget adds $70 billion to spending this year and next year, and “then they’re going to pretend to save it in ’22 and ’23.”Stockman blasts, “they’ve not only kicked the can down the road, but kicked it into low-earth orbit.” The only hope of getting our fiscal house in order was if House Republicans stand up, and Stockman warns “will trigger an enormous negative reaction from Tea-Party Republicans.” The truth hurts…

Santelli “we’re not talking about kicking the timeline can til the mid-terms, ” – “this is a two-year vacation on the fiscal budget.”

“Just from the momentum built-in, our debt load will be $25 trillion by the end of the next Presidential cycle.”

Stockman added that the budget deal means lawmakers would take a “two-year vacation” from dealing with the country’s fiscal situation and revisit it in 2015 at around the same time as the Iowa straw polls. Without an incumbent in the presidential race, both political parties will be too busy to touch the budget, he said.

While some hailed the budget deal as a breakthrough in Washington’s political gridlock, Stockman compared the accord to “kicking the can” into “low Earth orbit.”

“There’s plenty of room, but they’re unwilling to make the tough choices,” he said. “Now, I understand Democrats doing that. The only hope of getting our fiscal situation under control is if the House Republicans stand up. And they’ve totally capitulated.”

The two-year deal averts deeper cuts to military spending, but Stockman said that’s where lawmakers should have looked for savings. The U.S. no longer faces threats from developed countries and has been “fired as the world’s policemen,” he said.

Any meaningful changes to the budget wouldn’t happen until nearly 2020 if lawmakers don’t address them now, he said. Washington still has a chance to duel over the debt ceiling this February, however, and over unemployment benefits in the shorter term.

Please check out the 3:52 min video posted at zerohedge.com. It will be well worth the 4 minutes of your time.

So keep on believing that those radical conservatives are going to fight the good fight for fiscal responsibility. They put on a good show until it becomes evident that they are just players in a big spectacle to pacify the masses until they settle back into their distractions.

The debts continue to snowball because they must. It is a big ponzi-machine. The central banks need to continue to issue debt to keep the wheels spinning. If and when countries turn their backs on the western central banks our global forces for good are there to ensure that we spread “democracy”.

Those clowns who parade to Washington are not representing “we the people”. They peddle laws to benefit the banks and corporations who pay for their offices. They sure did a nice fancy jig to make you believe that you had a choice when you dropped your ballot into the box.

Go back to football or shopping and pay no attention to those men behind that curtain ’cause all is well!

Boston University Economics Professor, Laurence Kotlikoff, says, “The country is in worse fiscal shape by many miles than Detroit.  So, the country is essentially bankrupt.”  Dr. Kotlikoff estimates the long term debt and liabilities of America are more than $200 trillion!  He is spearheading a bill in Congress called The Inform Act.  It is an attempt to wake up the nation to our dire financial situation so something can be done to fix this enormous problem.

Every member who sits on the committees that oversee government intelligence operations has received campaign contributions from the top twenty largest intelligence companies in the United States, according to a new report.

Every single member on the committees received campaign contributions from the largest intelligence companies in the U.S. performing services for the the government.

Fifteen people on their way to a wedding in Yemen were killed in an air strike after their party was mistaken for an al Qaeda convoy, local security officials said on Thursday.

“An air strike missed its target and hit a wedding car convoy, ten people were killed immediately and another five who were injured died after being admitted to the hospital,” one security official said.

The United States has stepped up drone strikes as part of a campaign against Al Qaeda in the Arabian Peninsula (AQAP), regarded by Washington as the most active wing of the militant network.

President Obama was overheard bragging to administration aides about his ability to kill people with drones, a new book about the 2012 campaign season that’s due for release on Tuesday claimed.

The president’s specific words: I’m “really good at killing people,” authors Mark Halperin and John Heilemann write in “Double Down: Game Change 2012,” The Daily Mail reported. They get their claim from a Washington Post report that buries the statement as a brief anecdote in an article, in which the president is described as speaking to aides about the drone program and then making the claim.