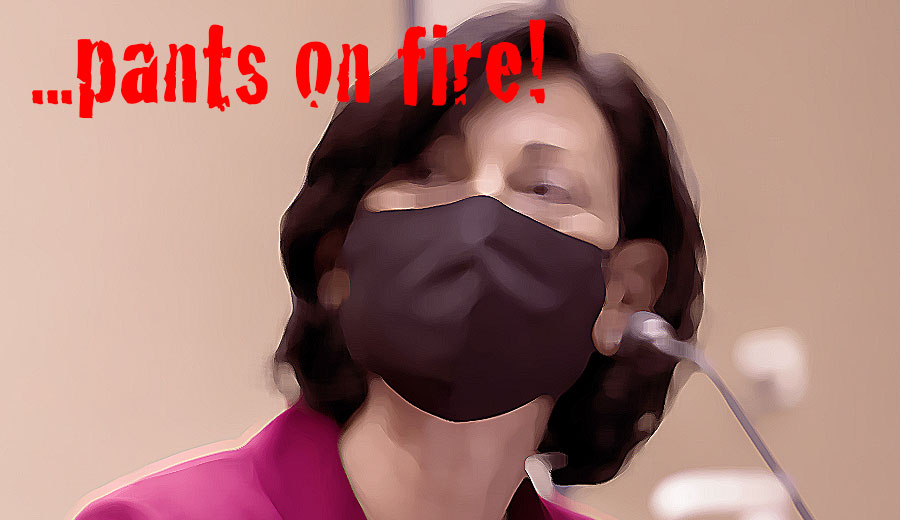 Authored by Jennifer Margulis via The Epoch Times

“I’m not going to arm wrestle with the administration about where to put you,” Dr. C., a highly skilled gastroenterologist, said gently to my friend who was in bed in a triage room in the ER. “We just want to get you into a bed so we can figure out what’s wrong and get you treated.”

We were at our small town’s hospital. No one was sure why, but my friend had not been able to keep anything more than a handful of raspberries down since a complicated surgery for a chronic health condition three weeks before. Dehydrated and unable to eat, my friend had been violently vomiting after taking just a sip of water or sucking on an ice chip, and had lost nearly twenty-five pounds.

I was by my husband’s side when he had a gallbladder attack so severe that it left his hands shaking. I’ve had three unmedicated childbirths and attended many more, both as a journalist and a patient advocate. Still, I’ve never seen a human in so much pain.

Diagnosed with a Pancreas Disorder, Admitted as a COVID Patient

After a battery of testing, my friend was diagnosed with pancreatitis. But it was easier for the hospital bureaucracy to register the admission as a COVID case.

Let me explain. This patient had none of the classic symptoms of COVID: No shortness of breath, no fever, no chills, no congestion, no loss of sense of smell or taste, no neurological issues. The only COVID symptoms my friend had were nausea and fatigue, which could also be explained by the surgery. However, nearly three weeks earlier, a COVID test had come back positive.

The mainstream media is reporting that severe COVID cases are mainly among unvaccinated people. An Associated Press headline from June 29 reads: “Nearly all COVID deaths in US are now among unvaccinated.” Another, from the same date: “Vast majority of ICU patients with COVID-19 are unvaccinated, ABC News survey finds.”

Is that what’s really going on? It’s certainly not the case in Israel, the first country to fully vaccinate a majority of its citizens against the virus. Now it has one of the highest daily infection rates and the majority of people catching the virus (77 percent to 83 percent, depending on age) are already vaccinated, according to data collected by the Israeli government.

According to WebMD, a “huge number” of frontline hospital workers have also chosen not to get the vaccine. Indeed, various news reports, from California to New York, confirm that up to 40 percent of health care workers have decided the risks of the vaccines do not outweigh the benefits.

After admission, I spoke to the nurse on the COVID ward. She was suited up in a plastic yellow disposable gown, teal gloves, and two masks underneath a recirculating personal respiratory system that buzzed so loudly she could barely hear. The nurse told me that she had gotten both vaccines but she was feeling worried: “Two thirds of my patients are fully vaccinated,” she said.

As reported by the Associated Press, “The CDC itself has not estimated what percentage of hospitalizations and deaths are in fully vaccinated people, citing limitations in the data.”

At the same time, data collection is done on a state by state basis. In most states, a person is only considered fully vaccinated fourteen days after they have had the full series of the vaccine.

This means that anyone coming into an American hospital who has only had one dose, or who has had both vaccines but had the second one less than two weeks prior, will likely be counted as “unvaccinated.”

So when the South Carolina’s Department of Health and Environmental Control released a report about COVID severity on July 23, 2021, they reported higher morbidity and mortality rates in the “not fully vaccinated.” Are these people who have had one vaccine and gotten sick, two vaccines and gotten sick, or no vaccines at all? Without more details, it is impossible to know what is really going on.

“We don’t have accurate numbers,” insists Dr. James Neuenschwander, an expert on vaccine safety based in Ann Arbor, Michigan.

But what we do know, Neuenschwander says, is that the vaccines are not as effective as public health officials told us they would be. “This is a product that’s not doing what it’s supposed to do. It’s supposed to stop transmission of this virus and it’s not doing that.”

In countries with the highest numbers of vaccinated individuals, we are also seeing high numbers of infections. Iceland has one of the most vaccinated populations in the world (over 82 percent) and is reporting that 77 percent of new COVID cases are in fully vaccinated Icelanders, according to Ásthildur Knútsdóttir, Director General of the Ministry of Health.

According to news reports, over 85 percent of the Israeli adult population has been vaccinated. But a July report from Israel’s Ministry of Health found that Pfizer’s vaccine is only 39 percent effective. Though Israeli health officials are telling the public that the cases are more mild in vaccinated individuals, this upsurge in COVID cases and deaths is leading Israel’s prime minister to issue new restrictions.

Dr. Peter McCullough, an academic internist and cardiologist in practice in Dallas, Texas, says that a large number of people in the hospitals right now have, indeed, been fully vaccinated. “Fully vaccinated people are being hospitalized, and … 19 percent of them have died,” McCullough says. “This is not a crisis of the unvaccinated. That’s just a talking point. The vaccinated are participating in this.”

Other physicians are seeing the same thing. “In my practice multiple patients who are fully vaccinated have been admitted to local hospitals,” says Dr. Jeffrey I. Barke, a board-certified primary care physician based in Newport Beach, California. Barke believes part of the problem is exaggeration of the efficacy: “If the vaccine works so well, why are we now pushing a booster?”

Covid Vaccines: The Good, The Bad, The Ugly

Israel new Covid wave. Most fully vaccinated. That is not "breakthrough" cases. It is vaccine failure cases. pic.twitter.com/IsNe3MPxNw

Iceland’s Pandemic Of The Injected

Also on Thursday, Singapore emerged as yet another country where the vaccinated appear to be spreading Covid, with the government revealing that about three-quarters of new Covid-19 infections stemmed from vaccinated people.

Meanwhile, in Sweden, where the vaccination rate is hovering at a low 39 percent and the government is not enforcing face masks, there have been zero Covid deaths.

The evidence suggests the vaccine is actually spreading disease in more countries than just the United States.

It seems that those who have taken the Covid-19 experimental injections several months ago are starting to become seriously ill.  Chicago’s WGN9 reported that “The Rev. Jesse Jackson Sr. and his wife, Jacqueline Jackson have both tested positive for COVID-19 and are hospitalized at Northwestern Memorial Hospital, according to a statement from Rainbow PUSH Coalition.”  The report mentioned that he “was vaccinated against Covid-19 in early January.”

Jackson is a well-known activist in the US who believed in Big Pharma’s miracle cure against Covid-19 and now he is suffering from the consequences of not doing the research on the dangers of the experimental injections.

In an interesting twist to the mainstream media’s reporting on the Covid-19 experimental injections, Bloomberg News headlined with a disturbing title for its readership, ‘The Vaccinated Are Worried and Scientists Don’t Have Answers’ said that the

“Anecdotes tell us what the data can’t: Vaccinated people appear to be getting the coronavirus at a surprisingly high rate. But exactly how often isn’t clear, nor is it certain how likely they are to spread the virus to others.”

This is what good doctors and scientists from all over the world have been warning us about since the experimental injection was released under Operation Warp Speed.

Dr. Robert Malone is the inventor of mRNA Vaccine technology. Mr. Steve Kirsch is a serial entrepreneur who has been researching adverse reactions to COVID vaccines.

But the mainstream media continues its relentless defense of the medical establishment as it makes the case that the experimental injection offers “powerful protections” against Covid-19 “it is evident vaccination still provides powerful protection against the virus”, then admits that “there’s growing concern that vaccinated people may be more vulnerable to serious illness than previously thought.”

Rev. Jesse Jackson Hospitalized With COVID-19 After Being Fully Vaccinated