Should You Have Gotten the Vaccine? 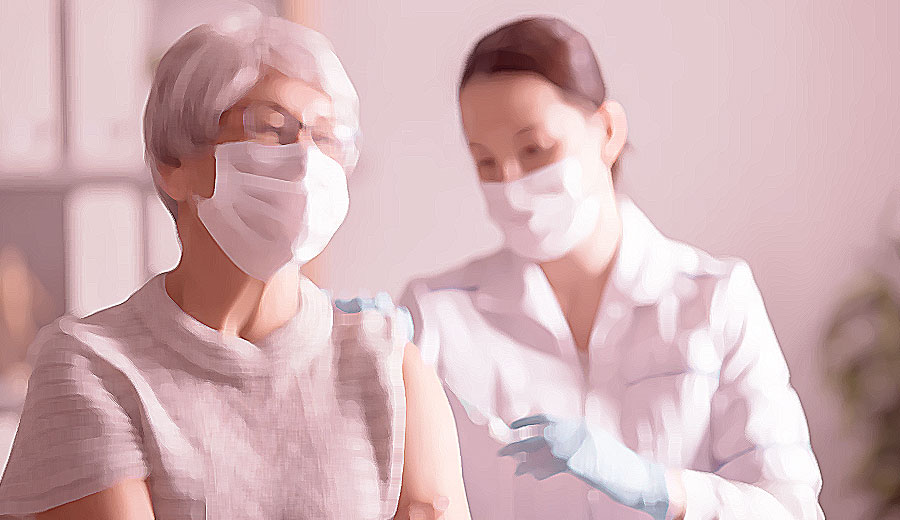 by Brian Maher via Daily Reckoning

Should You Have Gotten the Vaccine?

A rascal virus barrels through society. Yet some 80% of the afflicted are unknowing victims. They suffer not so much as one sniffle.

They are what the medical men label “asymptomatic.”

The remaining 20% come down with an influenza — for some, a severe influenza. Their wheezings and gurglings are sources of great agony.

A portion of this 20% is hauled into sick bay. There they suffer abominably.

Mercifully, 100% of infected youths will triumph and escape the undertaker’s notice altogether — unless afflicted with a previous disorder.

This is the measured conclusion of the Johns Hopkins medical men. Among 48,000 afflicted youths under 18 years of age they discovered:

“A mortality rate of zero among children without a pre-existing medical condition… such as             leukemia.”

In brief: The virus is nothing to most, a nuisance to some, a menace to a minority, and murder to a smaller minority.

The virus murders mostly human ancients and the preexisting sick.

Tinkering With the Genetic Machinery

Yet the medical men brew potions to put down the scourge entirely. These are the vaccines. They are no ordinary vaccines but experimental tinkerings of the genetic machinery.

These aren’t vaccines in the traditional sense, which introduce weakened or inactive parts of a virus, against which your body produces antibodies.

Instead, these COVID vaccines introduce mRNA (messenger RNA) into your muscle cells. The cells then reproduce the spike protein. These vaccines are, therefore, a form of gene therapy.

Yet, the public health authorities assure you the potions are safe and effective to fantastic degrees.

You may endure some slight influenza symptoms for one day, perhaps two. But these are common of any vaccination.

They are absolutely nothing against the tortures — and possible death — you may experience absent vaccination.

The vaccines will reduce suffering and death nearly to nothing. Some vanishing percentage of unfortunates will crash through the safety net — but there will always be.

It will catch the great majority nonetheless.

Once inoculated, you may empty your face covering into the wastebasket. You may come as you please, and you may go as you please… wherever you please… all 24 hours the day, all seven days the week.

Your vaccination papers are your release papers.

Would you sign your name upon this dotted line? Most certainly would.

Here you are offered all the sweetness of the lemonade — with none of the lemon’s puckering sour.

You may endure some transient chills or sniffling, it is true. But against the miseries of the hospital sickbed — against death itself?

Again, here are the seductions of the vaccine: They shield you from the virus and promise a return to the lifestyle you cherish so.

The health authorities have dangled this irresistible bait before you.

Yet let us play the devil with the scenario here described. Let us draw a cloud against this bright blue sky, let us run a red herring across this lovely tale…

We first refer you again to the medical statistics.

Most Survive Even Without Vaccines

Some 80% of the afflicted are “asymptomatic.”

The remaining 20% manifest symptoms of varying extent — some slight, others severe.

A small portion of this 20% is packed off to the hospital ward.

That is, the tremendous majority  — vaccinated or unvaccinated — will avoid the boneyard.

Most will avoid the sick house.

Now consider this possibility: The godsent vaccines may not be as safe or effective as the advertising has them.

A portion of the inoculated suffer not transient chills or snifflings — but severe injury.

A smaller yet worrying percentage suffers death… the very death vaccination would prevent.

These include: Blood clotting, inflammation of the heart and blood vessels, paralysis, anaphylaxis, neurological deficits, miscarriages and birth defects… to list some.

The database is updated weekly. It reveals:

65,216 of the adversely affected required emergency repairs. 40,873 were admitted to hospitals for less intense servicing.

12,808 endured permanent disability. Just the other day, we encountered the saga of a hospital nurse.

Her employer insisted she endure vaccination as a condition of employment. She submitted to the decree.

Blood clots soon began making terrible mischief within her. Both of her hands — and both her legs — were sawed off, amputated, to preserve her life.

One isolated case? Of course. Does it represent the majority? Of course not.

Yet this nurse would be equipped with two hands and two legs today if she hadn’t endured vaccination… in every, every likelihood.

The Centers for Disease Control lists the following side effects:

Amputation of the extremities and limbs is not among them.

Meantime, 11,940 of the vaccinated ended upon the dissecting table, dead.

Yet some 165 million Americans are fully vaccinated, you say. 518,870 adverse reactions are unfortunate. 11,940 vaccine-induced deaths are tragic.

Perhaps you are correct. The numbers go your way.

But many professional men will tell you that the vast majority of adverse reactions — fatalities included — never enter the VAERS database.

Many physicians are entirely unfamiliar with the reporting system, for example. Studies have concluded that merely 1 to 10% of all vaccine-related dying is reported to VAERS.

One whistleblower — an expert in health data with access to government databases — recently filed a sworn legal statement under penalty of perjury.

Based upon her sleuthings, she claimed the true vaccine death toll approaches 50,000.

We cannot verify the claim, of course. Yet if true — if true — it may recalibrate the risk/reward ratios.

Our minions inform us that:

But they announced a halt after 500 cases of paralysis — and 53 deaths.

Adjust for the added number of COVID-19 vaccinations. The butcher’s bill would nonetheless run immensely higher than 53.

Ask yourself this question: Would you undergo vaccination if told beforehand that it would murder 50,000 Americans — and injure hundreds of thousands more, some permanently?

Perhaps you would. You may conclude the numbers are with you. You remain confident the benefits weigh heavier than the risks.

Yet perhaps you would not.

Give It to Me Straight, Doc

The health authorities nonetheless croon that the vaccines are safe and effective to astounding degrees. They brush aside all mention of grave side effects and death. For example:

This learned gentleman insists vaccines account for no deaths whatsoever. None!

An otherwise healthy 16-year old receives the vaccine. Within 48 hours of his second shot he is dead.

The VAERS database records such cases. How would this Anderson explain them?

In fairness to the fellow, he issued the declaration in March. Yet even in March, the butcher’s bill was expanding.

Would he take the identical stand today? We do not know. Yet here are the greater questions:

Should you not be informed of the potential risks… however unlikely… so that you can perform your own risk/reward calculations?

Why haven’t health authorities informed you of the potential risks? And precisely how effective are the vaccines?