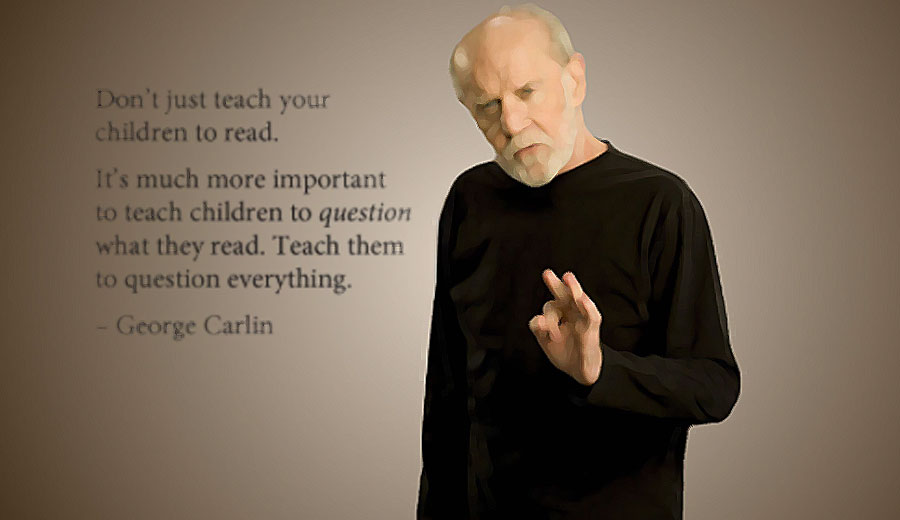 The Most Dangerous Man

“The most dangerous man to any government,” argued Henry Louis Mencken, “is the man who is able to think things out… without regard to the prevailing superstitions and taboos.”

Your editor does not claim to be decent — much less good. By his own admission he is a sinful and viceful blackleg, an abomination to God and man alike.

He would add an additional lamentation: He finds the government he lives under vastly incompetent.

This incompetence may explain — in part — its dishonesty, its insanity, its intolerability.

In brief, your editor is ashamed of the government he lives under. And if you will indulge him briefly, for ample reason…

Its catalogue of villainy must run to several hundred finely printed pages — at barest minimum.

We lack the space to document one slender fraction of them.

Let us consider, then, one lone example — government’s dishonest, insane and intolerable (mis)management of the virus.

One Story, Then Another

After initially advising us not to wear facial masks because they are ineffective, it later instructed us to reject this original counsel.

Yet one study after the next demonstrates to a very high degree that these coverings are severely deficient.

If they are effective at all, it is only at the extreme margins.

Yet to this day governments order their wearing — including out of doors in cases.

All evidence — we are told — indicates transmission is an indoor hazard.

Yet the state of Oregon requires facial coverings in most outdoor spaces where asocial distancing is not possible… including the vaccinated.

Our men inform us the same state of Oregon has endured a 73% increase in cases since the edict entered effect — incidentally.

Can we now expect Oregon to ban outdoor socializing altogether?

If not dishonest, the business is very likely insane… and certainly intolerable to sensible men.

One moment ago we referred, jestingly, to social distancing. Authorities instructed us all to stand six feet distant from one another.

“The science” required it, we were told.

Yet here is a certain Scott Gottlieb. Mr. Gottlieb is the former commissioner of the United States Food and Drug Administration. From whom:

The six feet was arbitrary in and of itself, nobody knows where it came from… This is how the whole thing feels arbitrary and not science based. So we talk about a very careful, science-based process and these anecdotes get exposed, and that’s where Americans start to lose confidence in how the decisions got made.

And for excellent cause — this fellow concedes the six-foot rule was “arbitrary” — and that “nobody knows where it came from.”

Why should Americans listen to their witchcraft, their voodoo?

If not intolerable… if not insane… certainly dishonest.

Governments ordered churches to scatter their flocks — and to bolt their doors.

And if the Grim Reaper tapped a loved one’s shoulder?

Then you may have been unable to attend his planting. That is because governments restricted graveside sendoffs to a handful of bereaved.

These were the grim but necessary costs of containing a pandemic, we were told.

Yet the same governments that barred you from the funeral, that locked you out of Sunday service, that confined you to quarters, blessed the mightiest mass gatherings we have ever encountered.

We refer of course to the nationwide demonstrations against the police handling of Mr. George Floyd.

Reduce it to its essence. This is what you must conclude:

That is, the rules were dishonest, insane and intolerable.

Vaccines Mean a Return to Normalcy!

Next we were informed that vaccines were our deliverance. They would allow us to empty our masks into the hellbox. They would permit us to gather in public as we pleased, and in whatever numbers we pleased.

Though these vaccines were experimental… and did not endure the rigorous testing required of trial vaccines… the public health authorities assured us they were “safe and effective.”

Yet many of the fully vaccinated have contracted the virus. A portion of these cases are severe, we understand. Some are fatal.

Our men inform us: In Great Britain, 75% of the deceased are vaccinated.

In Israel, perhaps the most vaccinated nation of Earth, the vaccinated are likewise being savaged.

The intricate hocus-pocus of vaccinology and immunization is beyond our limited knowledge. And statistics are lovely liars.

Yet the vaccines do not appear as effective as the advertising has them.

Protecting the Vaccinated From the Unvaccinated

The United States president has in fact pledged to guard the vaccinated… against the unvaccinated.

His announcement gave us a good wobble, a good stagger.

What kinds of vaccines are these? The armored require protection against the unarmored?

Evidently vaccines whose magic fades within six months… which appears to be the case with these potions.

Three hundred seventy-five North Carolina hospital employees have walked away from their jobs rather than submit to mandatory vaccination.

We hear of additional mass quittings nationwide. We hazard their experiences handling patients with vaccine aftereffects have chased them off.

Yet the authorities are adamant to keep it all dark.

How many have died needlessly… because the public health authorities have refused to sanction the early use of such therapeutics as hydroxychloroquine and ivermectin?

Why are physicians who question the safety or efficacy of these vaccines threatened with delicensure?

And why, we wonder, do the public health authorities demand vaccination for those who have previously contracted the virus… and emerged intact?

What is more, we understand vaccines may prove lethal to the naturally immune.

Again, why should they endure vaccination?

“The most dangerous man to any government is the man who is able to think things out… without regard to the prevailing superstitions and taboos.”

We prefer to believe this publication draws in the man who is able to think things out, without regard to the prevailing superstitions and taboos.

It is they who sniff rats, who point out skunks in woodpiles.

Even if… on rare occasion… we may be dangerously mistaken…

The Tale of Two Greedy Landlords

Interview: Dr. Thomas Binder-How Psychology Was Weaponized To Suppress Truth In The Age Of COVID