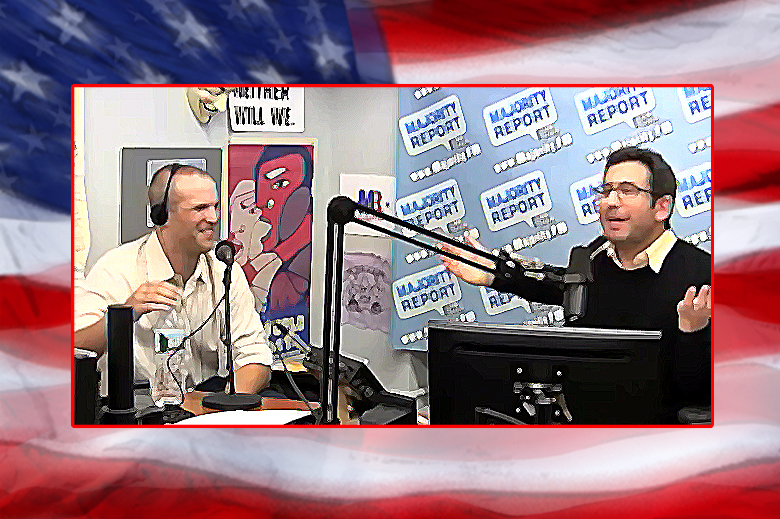 During an appearance on Seder’s Majority Report radio show Sam Seder along with Matt Taibbi break down a video of Salon journalist Alexx Pereene appearing on a CNBC panel.

As Pereene simply points to some facts about Jamie Dimon and his role at JP Morgan Chase, the presstitutes (see def: below) fall over each other to defend Wall Street at all costs.
It’s really quite embarrassing.

It gets really hilarious at @ 5:30 where Taibbi and Seder start to lay out the laundry list of fraud and criminality.

“Legal problems aside, JP Morgan remains one of the best if not the best performing major banks in the world today”     Maria Bartiromo

From the point of view of the presstitutes, the bottom line is all that matters. As long as they’re making money all is fine.

But wait, in 2008 JP Morgan along with other large banks went bust and would be out of business if not for bail-outs, the tab for which is being picked up by the taxpayers.

One can only laugh at such lunacy.

A term coined by Gerald Celente and often used by independent journalists and writers in the alternative media in reference to journalists and talking heads in the mainstream media who give biased and predetermined views in favor of the government and corporations, thus neglecting their fundamental duty of reporting news impartially. It is a portmanteau of press and prostitute.