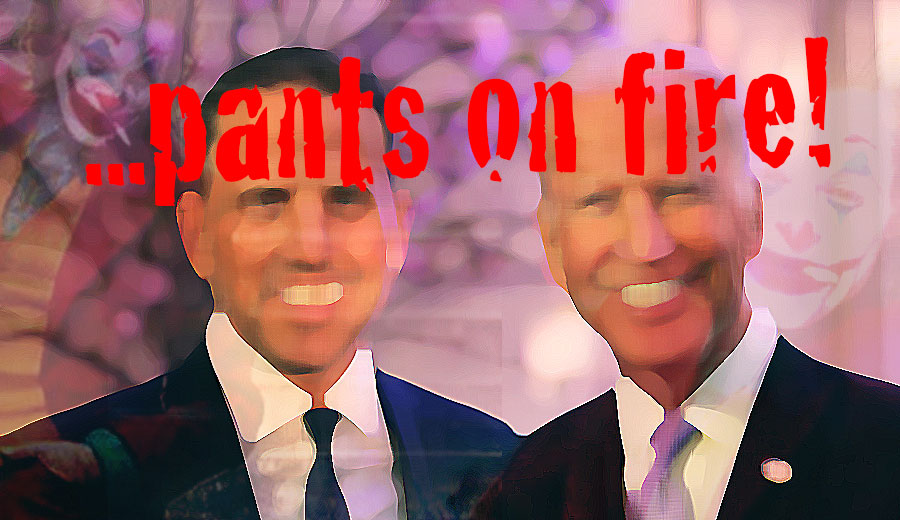 According to Russian officials, the U.S. government has been financing and helping Ukraine develop a secret bioweapons program. The U.S. State Department has shrugged it off as “total nonsense,”and fact checkers have published countless “consensus statements” emphatically denying the Russian claim over the past few weeks.

Under Secretary of State, Victoria Nuland Admits US Funding of Ukraine Labs

While the Biden administration has vehemently denied the Russian accusation, March 8, 2022, Under Secretary of State for Political Affairs, Victoria Nuland, admitted that “biological research laboratories” in Ukraine have in fact been funded and operated under the direction of the U.S.

She did not admit that they were biological WEAPONS labs. But is it all semantics? While the research and defense industries would like you to believe that there’s a vast difference, and a sharp dividing line, between biological research for health purposes and biological weapons research, most such research can serve dual purposes.

During Nuland’s testimony before the Senate Foreign Relations Committee, Sen. Marco Rubio, R-Fla., asked: “Does Ukraine have chemical or biological weapons?” Surprisingly, Nuland, after some hesitation, responded that “there are biological research facilities” in the Ukraine.

Nuland then immediately went on to say that she’s “deeply concerned” the pathogens held in those labs may now fall into the hands of the Russian military. This implies the pathogens are extremely dangerous — and could be deployed as weapons by the Russians.

Any attempt to claim that Ukraine’s biological facilities are just benign and standard medical labs is negated by Nuland’s explicitly grave concern that ‘Russian forces may be seeking to gain control of’ those facilities. ~ Glenn Greenwald

The same Victoria Nuland who was instrumental in the 2014 coup…

The Ukraine Crisis – What You’re Not Being Told

…..Back to the Biolabs

“…An investment firm founded by Hunter Biden was discovered to have provided funding to U.S. biological weapons laboratories in Ukraine. The revelation came amid U.S. officials initially denying and eventually admitting the presence of such facilities in the besieged country. According to the Gateway Pundit, investment company Rosemont Seneca Technology Partners (RSTP) funded San Francisco-based Metabiota as early as 2014. RSTP’s website also showed Metabiota as one of the companies it has invested in. Metabiota then partnered with Black & Veatch (B&V), a company with ties to the Department of Defense, to set up the labs in Ukraine”

Specializing in “detecting, tracking and analyzing potential disease outbreaks,” Metabiota became a subcontractor for B&V in 2014. The San Francisco firm’s contract with B&V worth $18.4 million involved running facilities in both Ukraine and Georgia. Both companies even shared an office in the Ukrainian capital of Kyiv, according to a job posting.

Representatives of Metabiota and B&V later met with their counterparts from U.S., Poland and Ukraine. The 2016 meeting held at the Ukrainian city of Lviv discussed biological security, safety and surveillance.

During a March 7 press conference, Russia alleged that the U.S. operated facilities in Ukraine for creating bioweapons against the Russian population. Maj. Gen. Igor Kirillov, chief of the Russian Armed Forces’ radiation, chemical and biological defense division, named Black & Veatch as the firm “involved in the implementation of the projects.” (Related: Russia says Ukraine is littered with U.S.-financed bioweapons labs.)

The American and Ukrainian governments both dismissed Kirillov’s claim as a “conspiracy theory,” with Washington insisting that it does not fund biolabs in the eastern European country.

However, Under Secretary of State Victoria Nuland later acknowledged the existence of the Ukrainian biolabs. She said that the U.S. is working alongside Kyiv to ensure the facilities do not “fall into the hands of Russian forces.” Many took Nuland’s comments as a confirmation that the U.S. did operate bioweapons laboratories, despite prior claims of “conspiracy theories.”

Emails from Hunter Biden’s notorious laptop reveal that the first son helped secure millions of dollars for a DoD contractor – Metabiota – which specializes in researching pandemic-causing diseases that could be used as bioweapons, according to the Daily Mail, which obtained Hunter’s emails.

Moscow’s claim that Hunter Biden helped finance a US military ‘bioweapons’ research program in Ukraine is at least partially true, according to new emails obtained exclusively by DailyMail.com.

The commander of the Russian Nuclear, Biological and Chemical Protection Forces, claimed there was a ‘scheme of interaction between US government agencies and Ukrainian biological objects’ and pointed to the ‘financing of such activities by structures close to the current US leadership, in particular the investment fund Rosemont Seneca, which is headed by Hunter Biden.’ -Daily Mail

Hunter also appears to have introduced Metabiota to Burisma for a “science project,” ostensibly involving biosecurity labs in Ukraine.

On its face, Metabiota appears to be a simple medical data company – however a 2014 email from its Vice President to Hunter described how they could ‘assert Ukraine’s cultural and economic independence from Russia’ – an odd goal for a biotech firm at the time Hunter’s Dad was US point-man for Ukraine’s ‘reconstruction’ involving the Obama administration.

Emails and defense contract data reviewed by DailyMail.com suggest that Hunter had a prominent role in making sure Metabiota was able to conduct its pathogen research just a few hundred miles from the border with Russia.

The project turned into a national security liability for Ukraine when Russian forces invaded the country last month. -Daily Mail

EXCLUSIVE: Hunter Biden DID help secure millions in funding for US contractor in Ukraine specializing in deadly pathogen research, laptop emails reveal, raising more questions about the disgraced son of then vice president

…….But emails from Hunter’s abandoned laptop show he helped secure millions of dollars of funding for Metabiota, a Department of Defense contractor specializing in research on pandemic-causing diseases that could be used as bioweapons.

And although Metabiota is ostensibly a medical data company, its vice president emailed Hunter in 2014 describing how they could ‘assert Ukraine’s cultural and economic independence from Russia’ – an unusual goal for a biotech firm……….

Russia, China, Brazil, India Call for Investigation Into US Biolabs in Ukraine Representing About Half of the World’s Population

On Sunday, March 6, 2022, Russian news agency Ria Novosti released documents claiming that Ukraine was working on “biological weapons” near the Russian border. Ria Novosti accused the US of instructing Ukraine to destroy the biological agents before the Russian invasion.

According to the document obtained by the news agency, the Ministry of Health in Ukraine ordered the biological pathogens to be destroyed in a February 24 memo.

“We have received documentation from employees of Ukrainian biolaboratories on the emergency destruction on February 24 of especially dangerous pathogens of plague, anthrax, tularemia, cholera and other deadly diseases,” read a statement from the ministry.

Russia’s Defence Ministry is analysing the documents for authenticity. “In the near future we will present the results of the analysis,” the ministry said, adding that it believes the documents will prove that Ukraine and the US were violating Article 1 of the UN Biological Weapons Convention……..

On 24 February President Zelensky signed a decree imposing martial law in Ukraine, beginning later the same day, “due to the military aggression of the Russian Federation against Ukraine.”

To impose martial law, the measures and powers must be deemed necessary to ensure Ukraine’s “defence, public safety and state interests.”

The decree gives the regime the power to restrict the constitutional rights and freedoms of citizens and the rights and legitimate interests of legal entities.

It is under this decree, martial law, the Ministry of Health “requested” the emergency destruction of biological pathogens.

Russia has been at loggerheads with the United States and NATO for years and Russia has accused the US and Ukraine of developing bio-weapons close to its borders numerous times.

During an interview in 2021 with the newspaper Kommersant Nikolai Patrushev, the chief security adviser to Russian President Vladimir Putin said that Moscow has “good reason to believe” the US is developing biological weapons along the borders of Russia and China.

Dilyana Gaytandzhieva, a Bulgarian journalist and Middle East correspondent, tweeted on 26 February that the US embassy in Ukraine had deleted documents from its website pertaining to US funded biolabs.

The US Embassy in #Ukraine has just deleted from its website all documents about 11 Pentagon-funded biolaboratories in Ukraine. I have published all these documents (now deleted by the Embassy) here https://t.co/Odc0ermmZe and in the thread below pic.twitter.com/benFmDwguI

RSTP and Biden’s links to purported corruption are not just limited to the biological weapons facilities funded by the investment firm. A September 2020 report by Sen. Chuck Grassley (R-IA) and Sen. Ron Johnson (R-WI) elaborated on this matter.

According to the report, RSTP received $3.5 million from Russian businesswoman Elena Baturina. She wired the amount to an RSTP bank account back in February 2014 as part of a “consultancy agreement.” Baturina, the wife of former Moscow Mayor Yuri Luzhkov until his death, was accused of profiting from city contracts awarded by her husband during his tenure. Former Russian President Dmitry Medvedev fired Luzhkov in 2010 over these allegations.

Aside from this $3.5 million payment, Baturina sent 11 other wires amounting to $391,968 to a bank account belonging to technology company BAK USA between May and December 2015. Nine of the 11 wires, amounting to $241,797, were initially sent to an RSTP account before being transferred to the Buffalo, New York-based technology firm.

The report added that Biden co-founded RSTP with his associate Devon Archer and Christopher Heinz – the stepson of Special Presidential Envoy for Climate John Kerry – in 2009.

Outside of RSTP, Biden was also linked to Ukrainian oligarch Mykola Zlochevsky during his tenure as a board member of the gas company Burisma. The presidential son “formed significant and consistent financial relationships” with the former Ukrainian minister of ecology and natural resources. Zlochevsky, the founder of Burisma, used his ministerial position to favor the younger Biden’s firm in awarding government contracts.

This relationship later paid off as Biden’s father, President Joe Biden, threatened to withhold a loan to Ukraine unless the top prosecutor investigating Burisma was terminated. The elder Biden issued the threat during his tenure as vice president in the Obama administration.

“…Shokin – filed a criminal complaint against Biden in Kiev this February, in which he writes…Joseph Biden developed a firmly hostile attitude towards me which led him to express in private conversations with senior Ukrainian officials, as well as in his public speeches, a categorical request for my immediate dismissal from the post of Attorney General of Ukraine in exchange for the sum of US $ 1 billion in as a financial guarantee from the United States”

Shokin was notably investigating Burisma, the Ukrainian energy company that hired Biden’s son, Hunter, to sit on its board. Shokin had opened a case against Burisma’s founder, Mykola Zlochevsky, who granted Burisma permits to drill for oil and gas in Ukraine while he was Minister of Ecology and Natural Resources. In January, 2019, Shokin stated in a deposition that there were five criminal cases against Zlochevesky, including money laundering, corruption, illegal funds transfers, and profiteering through shell corporations while he was a sitting minister.

…Zelenskyy is backed by the CIA, the Globalist banking cartel, numerous Ukrainian oligarchs and the Neo-Nazi Azov Battalion. Like Zelenskyy, the Azov Battalion’s key backer is the infamous Ukrainian oligarch, Ihor Kolomoyskyi…Zelenskyy’s and Kolomoyskyi’s names appeared prominently in both the Panama Papers and the Pandora Papers…On February 23rd, Ilia Kyva, a member of the Ukrainian parliament from the Opposition Platform For Life (OPPL) party, posted on Telegram that Zelenskyy has accumulated more than $1.2 billion US dollars during the first two and half years of his presidency, stored in multiple accounts at Dresdner Bank Lateinamerika in Costa Rica”