Why Isn’t Anyone Asking The Hard Questions? 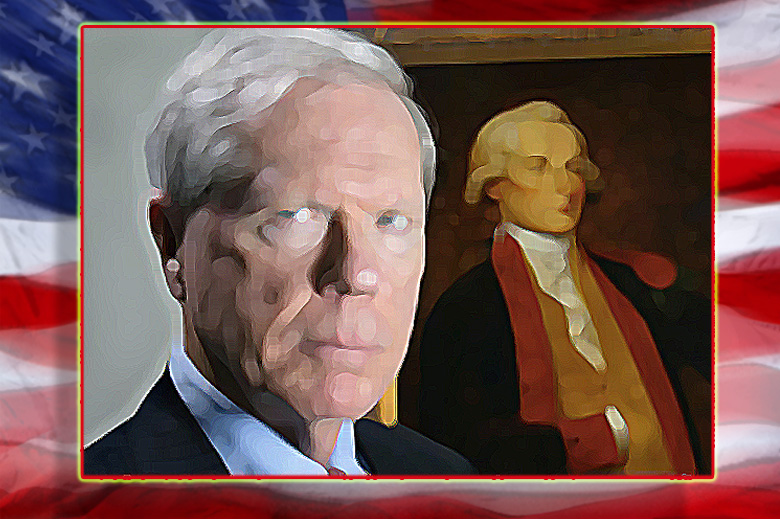 In an interview with Eric King of King World News, Former US Treasury official, Dr. Paul Craig Roberts questions the Mainstream Financial Media and asks why no one asking the important and obvious questions that need to be asked.

As many believe the Federal Reserve (not federal) has backed itself into a corner, Roberts concludes that their announcement to slightly taper back their unprecedented Quantitative Easing was nothing more than an experiment in market manipulation.

It is his contention the Fed learned that it could turn a market inclined to fall into a market that would rise.

Remember the last time (May 2013) the Fed mentioned tapering the stock market fell precipitously, causing the Fed to retract its statement. After this last announcement the market started to head down in a big way, within a few minutes major purchases had turned the market around, causing the shorts to buy in to cover thus completely reversing market sentiment.

Roberts believes that the Fed’s successful experiment signals more market manipulation in the days to come. The markets are so manipulated and now so by the authorities themselves, that manipulation cannot be halted without a crash. The notion that we have free capital markets is no longer tenable.

But anyone really paying attention already knew this.

The mainstream media is government’s Great Propaganda Machine. The way the media has covered this has been very accommodating to the Fed’s intentions.

In Roberts’ words, “the system is lawless and nothing is said about it.”

No one asked: How did the market drop so sharply and then just turn around within in a few minutes and jump up?

“What are reporters supposed to do, I mean they’re supposed to look at things and not just read off press releases from the Fed.

……it’s orchestrated all the way through the financial press.”

The notion that we’ve got free financial markets is absurd. We’ve got a central bank (a private one) trading the markets. The notion that there is a capital market that is pricing things is absurd. How does this differ from central planning? How is this free market capitalism?

………..and people aren’t really getting upset about this.

Everything is manipulated, including the newly revised GDP calculation methods. Roberts points out that the Fourth Quarter GDP had been push up to 4.1%  and the headlines were all about how well everything is doing.

But if you dig down into the numbers you see that 40% of the rise is due to unsold inventories. If these inventories are not sold the numbers will eventually need to be revised. A cautious report would have included such disclaimers. But this type of reporting is used to help create the illusion of an improving economy.

They’re getting everyone accustomed to accepting whatever disinformation they choose to release.

There is no press. There is nobody asking the hard questions.

Everyone knows the reported unemployment number is not a genuine gauge of the health of the employment situation. As we covered in numerous other posts the U-3 number does not count long-term unemployed  who’ve given up looking for work and dropped off the unemployment benefit roles, as well as counting as employed those working part-time for as little as one hour per week…..not to mention for example counting twice anyone working 2 part-time jobs.

“Everyone knows that the CPI index is not a true measure of inflation. Anyone who shops knows that inflation is not 1%.”

These two contrived figures are used to create the illusion of a recovery.

There is a real lack of scrutiny from the mainstream financial press.

Miss By Most In Over 5 Years

While Phil LeBeau was proudly crowing about how great the auto industry ‘was’ doing, the actual data of how it ‘is’ doing printed with a dismal drop from Novermber’s exuberance. Domestic Sales dropped to their lowest annualized level in 14 months with the biggest miss since Oct 2008! The story was very widespread, as SMRA notes, nearly ever automaker reported lower than expected sales.

And remember, these numbers are contrived from inventory sold to dealers, they have not actually been sold to consumers…..or leased for that matter.

Ends Year With Most Ever December “Channels Stuffed”

….But perhaps the most interest datapoint in today’s release, and one which may explain why GM’s sales missed, was that the car’s near record channel stuffing, which as we reported last month had soared in the past three months at a record pace, and was just shy of its all time high, saw a modest decline from 780K to 748K. Still, the latter number was still the highest ever December GM dealer inventory for the month of December in the restructured company’s history. It would appear even dealers can’t take any more, which also means to expect significant weaknesses in the various January manufacturing diffusion indexes and hard data points.

Another example of Baffle them with BS & Smoke & Mirrors, etc…

The now ubiquitous prior upward revision helped headlines crow of ‘another’ decline in initial jobless claims this week. Initial claims beat expectation of 344k with a 339k print, whis is now a drop from a previously reported 338k that is now revised up to 341k… all makes sense, right?