Obamacare: “The Stupidity of the American Voter” 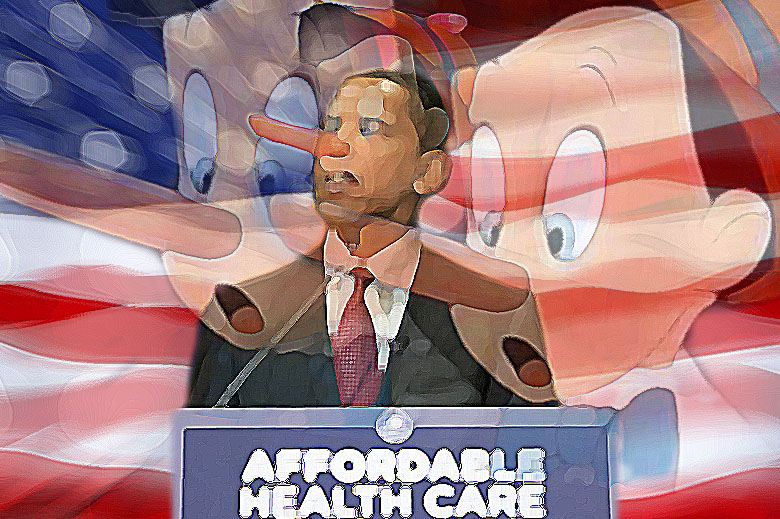 The MIT economist who is the brains behind Obamacare has made quite a stir with his admission that President Obama’s health care takeover was built on lies. Jonathan Gruber says he was willing to say and do whatever it took to advance the scheme, and now it’s clear why. Obamacare made Mr. Gruber a multimillionaire, and at the expense of the taxpayers.

Video of Mr. Gruber’s remarks, delivered at a University of Pennsylvania health care conference last year, has surfaced in which he explained how the details of Obamacare were kept under wraps until the measure was rammed through the Democratic Congress with no opportunity for anyone to read the legislation.

“Lack of transparency is a huge political advantage,” Mr. Gruber said. “Call it the stupidity of the American voter, or whatever. But basically, that was really, really critical to getting the thing to pass.”

The Government Accountability Office (GAO) in 2010 investigated the $297,600 that the Department of Health and Human Services paid Mr. Gruber to sing the praises of the health care scheme. Congress — or part of Congress — was concerned that this payoff violated a federal law against paid government propaganda, but the GAO said it wasn’t a violation because Mr. Gruber had written his propaganda on his own time. Officially, he was paid only to “analyze various health care reform proposals and identify cost and coverage implications.”

Individual states have lavished taxpayer cash on Mr. Gruber in return for cookie-cutter reports that describe the impact of Obamacare for each of the several states.

The money bought lies and deception.

That’s Mr. Gruber’s characterization, not ours. “If you had a law which made it explicit that healthy people are going to pay in and sick people get money,” said Mr. Gruber, “it would not have passed.”

Most transparent Administration in history won’t let Healthcare.gov reveal 2015 Obamacare rates until after voting in November.

Just how bad will the health insurance rates get in 2015? So bad that the Obama Administration is not going to tell you until November 15.

Obamacare website won’t reveal insurance costs for 2015 until after election.

Those planning to purchase health insurance on the Obamacare exchange will soon find out how much rates have increased — after the Nov. 4 election.

Enrollment on the Healthcare.gov website begins Nov. 15, or 11 days after the midterm vote, and critics who worry about rising premium hikes in 2015 say that’s no coincidence. Last year’s inaugural enrollment period on the health-care exchange began Oct. 1.

“This is more than just a glitch,” said Tim Phillips, president of free-market Americans for Prosperity, in a Friday statement. “The administration’s decision to withhold the costs of this law until after Election Day is just more proof that Obamacare is a bad deal for Americans.”

For More on Obamacare see:

Obamacare-Rule of Law or Lawlessness