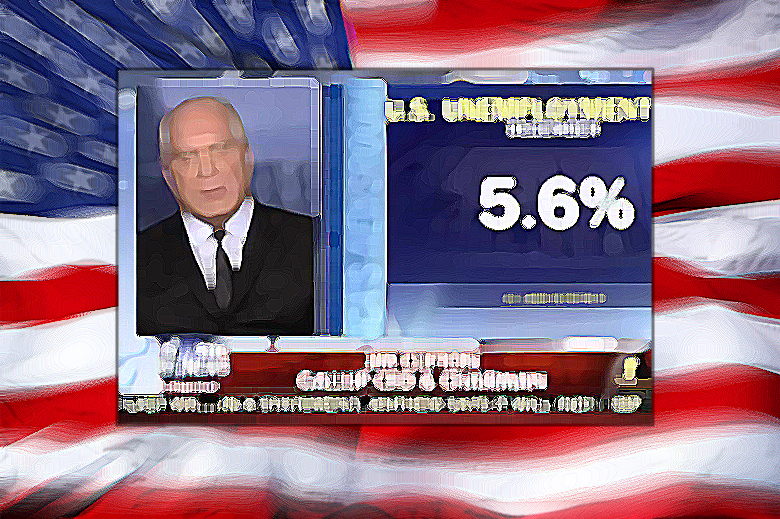 The biggest threat to a corrupt regime is when truth moves away from the “conspiracy theory” fringes and into the mainstream. Which is why we thank Jim Clifton, Chairman and CEO of Gallup, for daring to tell the truth to those who care to listen.

Here’s something that many Americans — including some of the smartest and most educated among us — don’t know: The official unemployment rate, as reported by the U.S. Department of Labor, is extremely misleading.

None of them will tell you this: If you, a family member or anyone is unemployed and has subsequently given up on finding a job — if you are so hopelessly out of work that you’ve stopped looking over the past four weeks — the Department of Labor doesn’t count you as unemployed. That’s right. While you are as unemployed as one can possibly be, and tragically may never find work again, you are not counted in the figure we see relentlessly in the news — currently 5.6% (now 5.7% as of 02/06/15). Right now, as many as 30 million Americans are either out of work or severely underemployed. Trust me, the vast majority of them aren’t throwing parties to toast “falling” unemployment.

There’s another reason why the official rate is misleading. Say you’re an out-of-work engineer or healthcare worker or construction worker or retail manager: If you perform a minimum of one hour of work in a week and are paid at least $20 — maybe someone pays you to mow their lawn — you’re not officially counted as unemployed in the much-reported 5.6%. Few Americans know this.

Yet another figure of importance that doesn’t get much press: those working part time but wanting full-time work. If you have a degree in chemistry or math and are working 10 hours part time because it is all you can find — in other words, you are severely underemployed — the government doesn’t count you in the 5.6%. Few Americans know this.

There’s no other way to say this. The official unemployment rate, which cruelly overlooks the suffering of the long-term and often permanently unemployed as well as the depressingly underemployed, amounts to a Big Lie.

And it’s a lie that has consequences, because the great American dream is to have a good job, and in recent years, America has failed to deliver that dream more than it has at any time in recent memory. A good job is an individual’s primary identity, their very self-worth, their dignity — it establishes the relationship they have with their friends, community and country. When we fail to deliver a good job that fits a citizen’s talents, training and experience, we are failing the great American dream.

Gallup defines a good job as 30+ hours per week for an organization that provides a regular paycheck. Right now, the U.S. is delivering at a staggeringly low rate of 44%, which is the number of full-time jobs as a percent of the adult population, 18 years and older. We need that to be 50% and a bare minimum of 10 million new, good jobs to replenish America’s middle class.

I hear all the time that “unemployment is greatly reduced, but the people aren’t feeling it.” When the media, talking heads, the White House and Wall Street start reporting the truth — the percent of Americans in good jobs; jobs that are full time and real — then we will quit wondering why Americans aren’t “feeling” something that doesn’t remotely reflect the reality in their lives. And we will also quit wondering what hollowed out the middle class.

Gallup CEO: Number of Full-Time Jobs as Percent of Population Is Lowest It’s Ever Been

Gallup CEO and Chairman Jim Clifton doubled-down on his comments earlier in the week on the misleading unemployment rate.

“The number of full-time jobs, and that’s what everybody wants, as a percent of the total population, is the lowest it’s ever been… The other thing that is very misleading about that number is the more people that drop out, the better the number gets. In the recession we lost 13 million jobs. Only 3 million have come back.You don’t see that in that number. “

While one of the much trumpeted highlights of today’s jobs report was the 0.5% jump in average hourly earnings, the reality as even Goldman’s Jan Hatzius is quick to note, is that on an annual basis, wage growth is still stuck near the lowest levels recorded since the Great Financial Crisis.

So once again, for all those who scratch their heads trying to explain why this wage erosion continues despite the “best efforts” of the Fed (to make billionaires into trillioinaires), here is a simple explanation: in January the number of waiter and bartenders rose by 35K to 10.946 million. On the other hands, that one job category that once made America a great country and the dollar the global reserve, manufacturing, rose by just 22K to 12,330K, the lowest monthly increase since November.

And in context, as the chart below shows, the difference between America’s manufacturing workers and waiters has dropped to a record low of just 1.387 million. The same difference was 11.3 million on January 31, 1990.

Another month, another attempt by the BLS to mask the collapse in the US labor force with a goalseeked seasonally-adjusted surge in waiter, bartender and other low-paying jobs. Case in point: after a modest rebound by 0.1% in November, the labor participation rate just slid once more, dropping to 62.7%, or the lowest print since December 1977. This happened because the number ofAmericans not in the labor forced soared by 451,000 in December, far outpacing the 111,000 jobs added according to the Household Survey, and is the primary reason why the number of uenmployed Americans dropped by 383,000.

The ShadowStats Alternate Unemployment Rate for January 2015 is 23.2%.

Have you ever wondered why the CPI, GDP and employment numbers run counter to your personal and business experiences? The problem lies in biased and often-manipulated government reporting.
John Williams’ Shadow Government Statistics is an electronic newsletter service that exposes and analyzes flaws in current U.S. government economic data and reporting, as well as in certain private-sector numbers, and provides an assessment of underlying economic and financial conditions, net of financial-market and political hype.
• source: shadowstats.com

Fewer US-Born Americans Have Jobs Now Than In 2007

Fewer Americans born in the U.S. have jobs now than were employed to November 2007, despite a working-age population growth of 11 million.

Almost one in every two jobs added since 2009 have gone to foreign-born workers.

“All of the net gain in employment since 2007 has gone to immigrants (legal and illegal).

The job transfer from Americans to immigrants has accelerated since the economy bottomed out in mid-2009.

Report: Immigrant workers account for all employment growth since 2007

Labor statistics show that foreign-born workers account for all net gains in U.S. employment in the past seven years, according to a group that advocates low immigration.

The Center for Immigration Studies issued a report Friday that found 1.5 million fewer U.S.-born workers employed in 2014 than prior to the recession in 2007. Foreign-born employment for both legal and illegal immigrants increased by more than 2 million workers during the same time period.

President Barack Obama has quietly handed out an extra 5.46 million work permits for non-immigrant foreigners who arrived as tourists, students, illegal immigrants or other types of migrants since 2009, according to federal documents released by a Freedom of Information Act request.

“The executive branch is operating a huge parallel work-authorization system outside the bounds of the [immigration] laws and limits written by Congress [and which] inevitably reduces job opportunities for Americans,” said Jessica Vaughan, the policy director at the Center for Immigration Studies, while filed the FOIA request.

Weatherford to cut 5,000 jobs as it fights oil slump