Did A Tap On The Shoulder “Prevent” The US Economy From Sliding Into “Recession”? 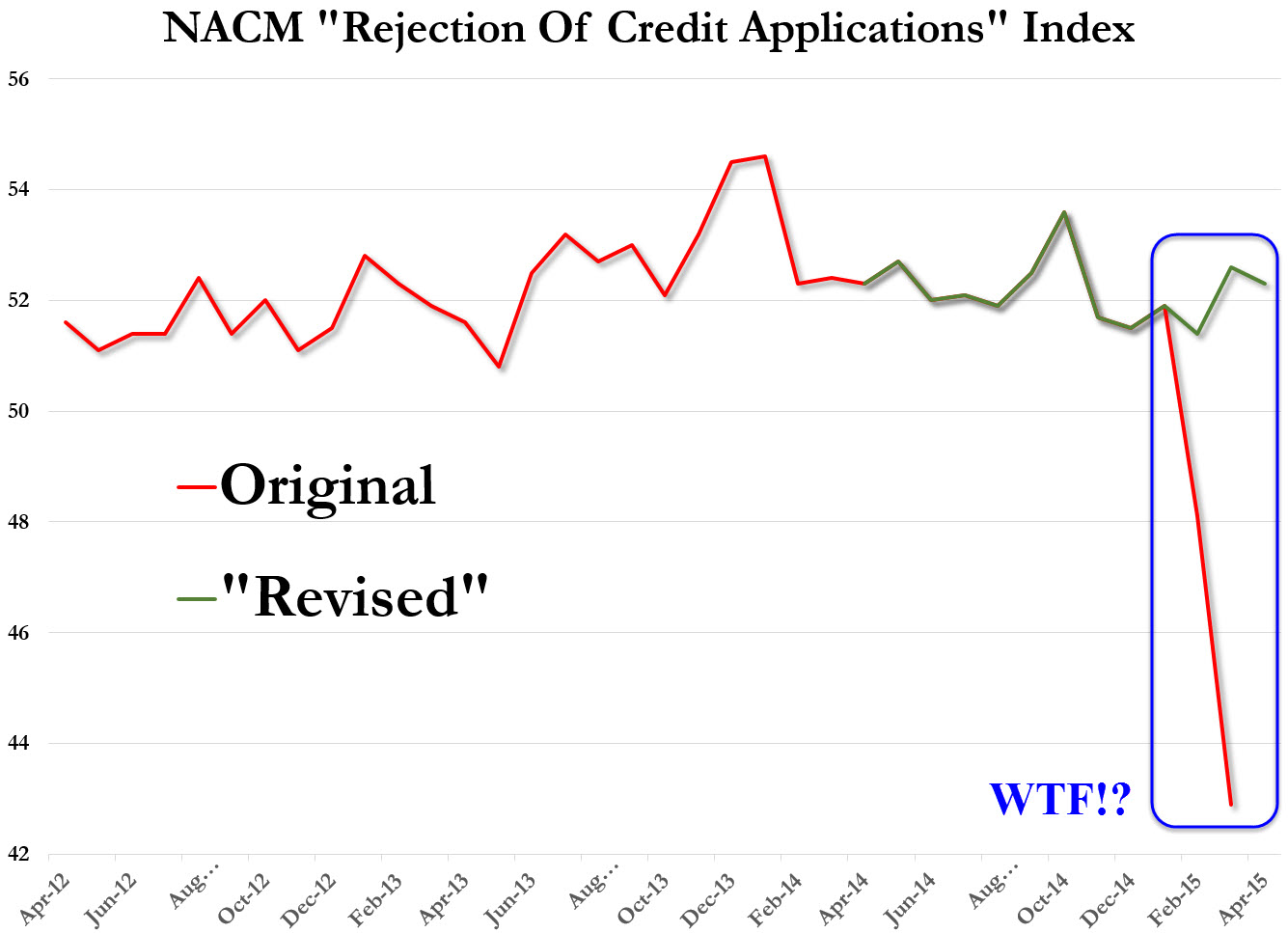 Two weeks ago we highlighted what was a stunningly clear indication of the looming recessionary environment (that The Atlanta Fed is now also seemingly suggesting and is consistent with the worst collapse in macro data since 2008). The largest spike in ‘credit application rejections’ indicated a credit crunch and “serious financial stress manifesting in the data and this does not bode well for the growth of the economy going forward.”

According to the CMI, the Rejections of Credit Applications index just crashed the most ever, surpassing even the credit crunch at the peak of the Lehman crisis.

This can be seen on the chart below.

And without any new credit entering the economy, a recession is all but assured.

More details on what may be the most critical and completely underreported indicator for the US economy. The report continues, with such a dire narrative that one wonders how it passed through the US Ministry of Truth’s propaganda meter:

By far the most disturbing is the rejection of credit applications as this has fallen from an already weak 48.1 to 42.9. This is credit crunch territory—unseen since the very start of the recession. Suddenly companies are having a very hard time getting credit….
….. This indicates that more companies are in such distress they are not bothering to dispute; they are just trying to survive…….. This is the one and only category in the unfavorable list that did not fall into contraction territory and that suggests that there are big, big problems as far as the financial security of these companies are concerned.

Which NACM summed up thus:

The rejections of credit applications is as miserable as it has been since the depths of the recession—going from 45.9 to 42.0.These are very bad readings and it will take a good long while to climb out of this mess.

…..This leaves us with this chart as the plainest indication yet of the smoke and mirrors bullshit being pulled on every gullible non-skeptical American about the state of their nation:

And, for those who shrug this off as “well, it’s just seasonal adjustments” or “well,  it’s just Zero Hedge conspiracy stuff again,” here is none other than the NACM last month destroying their own future credibility by removing any doubt that the collapse in the data was an aberration…

We now know that the readings of last month were not a fluke or some temporary aberration that could be marked off as something related to the weather.

There is quite obviously some serious financial stress manifesting in the data and this does not bode well for the growth of the economy going forward. These readings are as low as they have been since the recession started and to see everything start to get back on track would take a substantial reversal at this stage.

The data from the CMI is not the only place where this distress is showing up, but thus far, it may be the most profound.

You decide – does this look like a normal ‘revision’ (that remember only took place in the two sub-indices that showed dramatic weakness and none of the others) – or is this a giant “tap on the shoulder” from someone to ‘fix it or you’re f##ked!”?