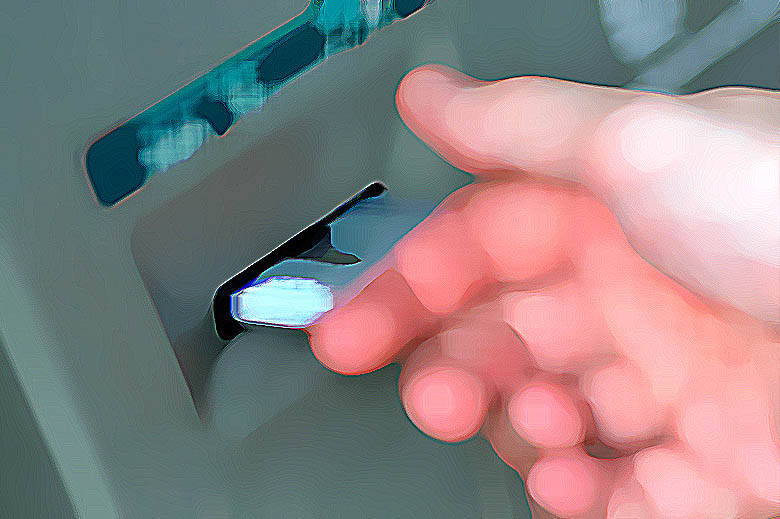 An interesting read…..by Bill Bonner Of Bonner And Partners

While we were thinking about what was really going on with today’s strange new money system, a startling thought occurred to us.

Our financial system could take a surprising and catastrophic twist that almost nobody imagines, let alone anticipates.

Do you remember when a lethal tsunami hit the beaches of Southeast Asia, killing thousands of people and causing billions of dollars of damage?

Well, just before the 80-foot wall of water slammed into the coast an odd thing happened: The water disappeared.

The tide went out farther than anyone had ever seen before. Local fishermen headed for high ground immediately. They knew what it meant. But the tourists went out onto the beach looking for shells!

The same thing could happen to the money supply…

Here’s how… and why:

It’s almost seems impossible. Hard to imagine. Difficult to understand. But if you look at M2 money supply – which measures coins and notes in circulation as well as bank deposits and money market accounts – America’s money stock amounted to $11.7 trillion as of last month.

But there was just $1.3 trillion of physical currency in circulation – about only half of which is in the US. (Nobody knows for sure.)

What we use as money today is mostly credit. It exists as zeros and ones in electronic bank accounts. We never see it. Touch it. Feel it. Count it out. Or lose it behind seat cushions.

Banks profit – handsomely – by creating this credit. And as long as banks have sufficient capital, they are happy to create as much credit as we are willing to pay for.

After all, it costs the banks almost nothing to create new credit. That’s why we have so much of it.

A monetary system like this has never before existed. And this one has existed only during a time when credit was undergoing an epic expansion.

So our monetary system has never been thoroughly tested. How will it hold up in a deep or prolonged credit contraction? Can it survive an extended bear market in bonds or stocks? What would happen if consumer prices were out of control?

Our current money system began in 1971.

It survived consumer price inflation of almost 14% a year in 1980. But Paul Volcker was already on the job, raising interest rates to bring inflation under control.

And it survived the “credit crunch” of 2008-09. Ben Bernanke dropped the price of credit to almost zero, by slashing short-term interest rates and buying trillions of dollars of government bonds.

But the next crisis could be very different…

Short-term interest rates are already close to zero in the U.S. (and less than zero in Switzerland, Denmark, and Sweden). And according to a recent study by McKinsey, the world’s total debt (at least as officially recorded) now stands at $200 trillion – up $57 trillion since 2007. That’s 286% of global GDP… and far in excess of what the real economy can support.

At some point, a debt correction is inevitable. Debt expansions are always – always – followed by debt contractions. There is no other way. Debt cannot increase forever.

And when it happens, ZIRP and QE will not be enough to reverse the process, because they are already running at open throttle.

The value of debt drops sharply and fast. Creditors look to their borrowers… traders look at their counterparties… bankers look at each other…

…and suddenly, no one wants to part with a penny, for fear he may never see it again. Credit stops.

It’s not just that no one wants to lend; no one wants to borrow either – except for desperate people with no choice, usually those who have no hope of paying their debts.

Just as we saw after the 2008 crisis, we can expect a quick response from the feds.

The Fed will announce unlimited new borrowing facilities. But it won’t matter….

In the last crisis, every major bank and investment firm on Wall Street would have gone broke had the feds not intervened. Next time it may not be so easy to save them.

Are you with us so far?

Because here is where it gets interesting…

In a gold-backed monetary system prices fall. But the money is still there. Money becomes more valuable. It doesn’t disappear. It is more valuable because you can use it to buy more stuff.

Naturally, people hold on to it. Of course, the velocity of money – the frequency at which each unit of currency is used to buy something – falls. And this makes it appear that the supply of money is falling too.

But imagine what happens to credit money. The money doesn’t just stop circulating. It vanishes. As collateral goes bad, credit is destroyed.

A bank that had an “asset” (in the form of a loan to a customer) of $100,000 in June may have zilch by July. A corporation that splurged on share buybacks one week could find those shares cut in half two weeks later. A person with a $100,000 stock market portfolio one day could find his portfolio has no value at all a few days later.

All of this is standard fare for a credit crisis. The new wrinkle – a devastating one – is that people now do what they always do, but they are forced to do it in a radically different way.

No. People will hoard the kind of cash they understand… something they can put their hands on… something that is gaining value – rapidly. They’ll want dollar bills.

Also, following a well-known pattern, these paper dollars will quickly disappear. People drain cash machines. They drain credit facilities. They ask for “cash back” when they use their credit cards. They want real money – old-fashioned money that they can put in their pockets and their home safes…

Let us stop here and remind readers that we’re talking about a short time frame – days… maybe weeks… a couple of months at most. That’s all. It’s the period after the credit crisis has sucked the cash out of the system… and before the government’s inflation tsunami has hit.

As Ben Bernanke put it, “a determined central bank can always create positive consumer price inflation.” But it takes time!

And during that interval, panic will set in. A dollar panic – with people desperate to put their hands on dollars… to pay for food… for fuel…and for everything else they need.

Credit may still be available. But it will be useless. No one will want it. ATMs and banks will run out of cash. Credit facilities will be drained of real cash. Banks will put up signs, first: “Cash withdrawals limited to $500.” And then: “No Cash Withdrawals.”

You will have a credit card with a $10,000 line of credit. You have $5,000 in your debit account. But all financial institutions are staggering. And in the news you will read that your bank has defaulted and been placed in receivership. What would you rather have? Your $10,000 line of credit or a stack of $50 bills?

You will go to buy gasoline. You will take out your credit card to pay.

“Cash Only,” the sign will say. Because the machinery of the credit economy will be breaking down. The gas station… its suppliers… and its financiers do not want to get stuck with a “credit” from your bankrupt lender!

Whose credit cards are still good? Whose lines of credit are still valuable? Whose bank is ready to fail? Who can pay his mortgage? Who will honor his credit card debt? In a crisis, those questions will be as common as “Who will win an Oscar?” today.

But no one will know the answers. Quickly, they will stop guessing… and turn to cash.

Our advice: Keep some on hand. You may need it.