Devaluation Stunner: China Has Dumped $100 Billion In Treasurys In The Past Two Weeks 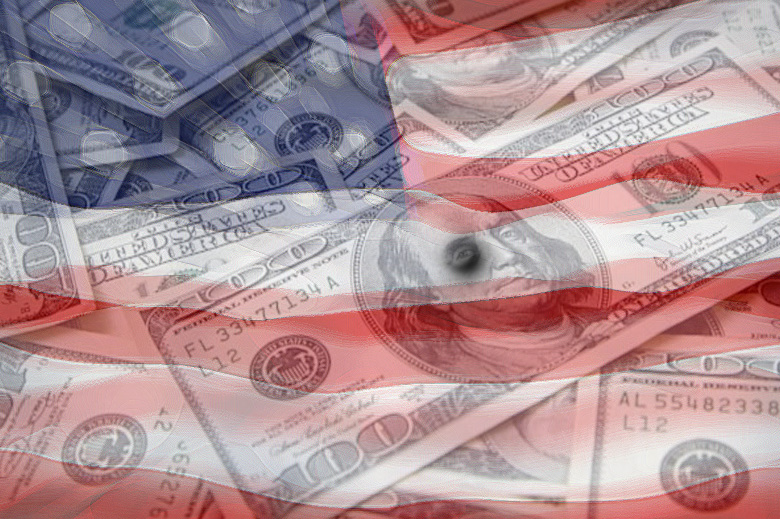 On August 11, China devalued its currency, and in the subsequent 3 days the onshore Yuan, the CNY, tumbled by some 4% against the dollar. Then, as if by magic, the CNY stabilized when China started intervening massively, only this time not through the fixing, but in the actual FX market.

This means that while China has previously been dumping reserves as a matter of FX policy, after August 11 it was intervening directly in the FX market, with the intervention said to really pick up after the FOMC Minutes on August 19, the same day the market finally topped out, and has tumbled into a correction since then. The result was the same: massive FX reserve liquidations to defend the currency one way or the other.

And yet something curious emerges when comparing the traditionally tight, and inverse, relationship between the S&P and the Treausry long-end: the drop in yields has not been anywhere near as profound as the tumble in stocks. In fact, the 30 Year is wider now than where it was the day China announced the Yuan devaluation.

We hinted at the answer on two occasions earlier (here and here) and yet the point is so critical, and was missed by virtually all readers, that it deserves to be repeated once again: as part of China’s devaluation and subsequent attempts to contain said devaluation, it has been purging foreign reserves at an epic pace. Said otherwise, China has sold an epic amount of Treasurys in the past two weeks.

How epic? We turn it over to SocGen once again:

The PBoC cut the RRR for all banks by 50bp and offered additional reductions for leasing companies (300bp) and rural banks (50bp). All these will take effect as of 6 September, and the total amount of liquidity injected will be close to CNY700bn, or $106bn based on today’s onshore exchange rate.  In perspective, the PBoC may have sold more official FX reserves than this amount since the currency regime change on 11 August.

There you have it: in the past two weeks alone China has sold a gargantuan $106 (or more) billion in US paper just as a result of the change in the currency regime!

But wait, there’s more: recall that one months ago we posted that “China’s Record Dumping Of US Treasuries Leaves Goldman Speechless” in which we reported that China has sold some $107 billion in Treasurys since the start of 2015.

When we did that article, we too were quite shocked at that number. However, we – just like Goldman – are absolutely speechless to find out that China has sold as much in Treasurys in the past 2 weeks, over $100 billion, as it has sold in the entire first half of the year!

In retrospect, it is absolutely amazing that the 10 and 30 Year Bonds have cratered considering the amount of concentrated selling by China.

But the bigger question is how much more does China have left to sell, if this pace of outflows continues. Here is SocGen again:

From an operational perspective, China’s FX reserves are estimated to be two-thirds made up of relatively liquid assets. According to TIC data, China held $1,271bn US treasuries end-June 2015, but treasury bills and notes accounted for only $3.1bn. The currency composition is said to be similar to the IMF’s COFER data: 2/3 USD, 1/5 EUR and 5% each of GBP and JPY. Given that EUR and JPY depreciation contributed the most to the RMB’s NEER appreciation in the past year, it is plausible that

the PBoC may not limit its intervention to selling only USD-denominated assets.

China’s FX reserves are still 134% of the recommended level, or in other words, around $900bn (1/4 of total) and can be used for currency intervention without severely impacting China’s external position.

Should the current pace of liquidity outflows continue, and require the dumping of $100 billion in FX reserves, read US Treasurys, every two weeks this means China has, oh, call it some 18 weeks of intervention left.

What happens when China liquidates all of its Treasury holdings is anyone’s guess, and an even better question is will anyone else decide to join China as its sells US Treasurys at a never before seen pace, and best of all: will the Fed just sit there and watch as the biggest offshore holder of US Treasurys liquidates its entire inventory…

How China Trades US Treasurys When It Wages Currency War

Ever wondered how a nation wages a currency war? As Reuters reports, Chinese state-owned banks were selling dollars on behalf of the central bank to stabilize the yuan around 6.43 against the dollar on Wednesday, foreign exchange traders in Shanghai said, as the devaluation collapse got a little out of hand. This follows wholesale dollar-asset buying to weaken the Yuan. But that leaves the question, how did they get the dollars? As the chart below shows, by trading Treasuries…

The bottom line is that if one expects China to continue to allow the Yuan to depreciate, then Treasury yields will continue to tumble.

Sorry Bloomberg, Someone DID Notice That China Is Dumping A Record Amount Of Bonds

China, Russia Dump US Treasurys In October As Foreigners Sell Most US Stocks Since 2007

One thought on “Devaluation Stunner: China Has Dumped $100 Billion In Treasurys In The Past Two Weeks”