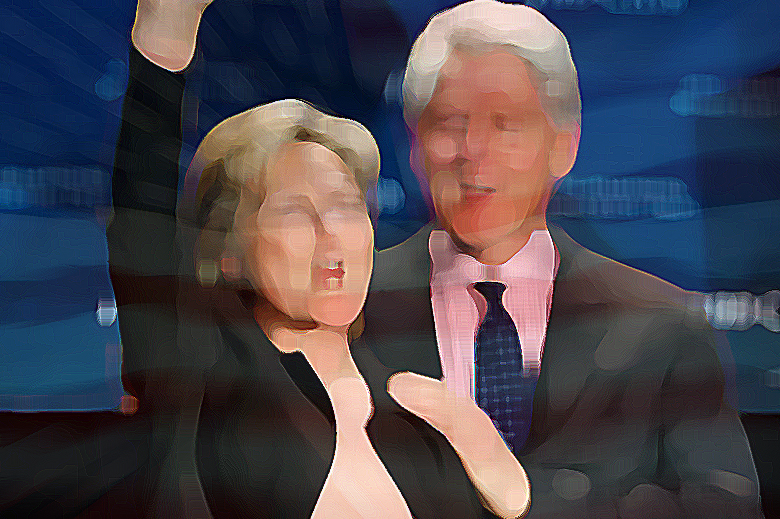 Ortel’s full executive summary is linked here: (pdf link), and those who wish to follow the release of the detailed exhibits can do so at Ortel’s website.

The following are excerpts from the Zerohedge article, please click the “source” link below for the full article.

In early May, we introduced readers to Charles Ortel, a Wall Street analyst who uncovered financial discrepancies at General Electric before its stock crashed in 2008, and whom the Sunday Times of London described as “one of the finest analysts of financial statements on the planet” in a 2009 story detailing the troubles at AIG. Having moved on beyond simple corporate fraud, Ortel spent the past year and a half digging into something more relevant to the current US situation:”charities”, and specifically the Clinton Foundation’s public records, federal and state-level tax filings, and donor disclosures.

Four months ago, Ortel began releasing his preliminary findings in the first of a series of up to 40 planned reports on his website. His allegation was simple: “this is a charity fraud.”

To learn more about the Clinton Foundation, Ortel decided to “take it apart and see how it worked” and he has been doing that ever since February 2015.

“I decided, as I did with GE, let’s pick one that’s complicated,” said Ortel. “The Clinton Foundation is complicated, but it’s really very small compared to GE.”

When Ortel tried to match up the Clinton Foundation’s tax filings with the disclosure reports from its major donors, he said he started to find problems. That includes records from the foundation’s many offshoots—including the Clinton Health Access Initiative and the Clinton Global Initiative—as well as its foreign subsidiaries.

To be sure, Ortel’s efforts were to be commended: digging through the foundation’s numbers can not have been easy, considering that the nation’s most influential charity watchdog put the Clinton Foundation on its “watch list” of problematic nonprofits in 2015. Furthermore, the Clinton family’s mega-charity took in more than $140 million in grants and pledges in 2013 but spent just $9 million on direct aid. That’s because the organization spent the vast bulk of its windfall on “administration, travel, salaries and bonuses”, with the fattest payouts going to family friends.

“It seems like the Clinton Foundation operates as a slush fund for the Clintons,” said Bill Allison, a senior fellow at the Sunlight Foundation, a government watchdog group where progressive Democrat and Fordham Law professor Zephyr Teachout was once an organizing director.

Overnight, on his website, Ortel released the long-awaited executive summary of his numerous, and at time confusing, findings: “Beginning today, and regularly thereafter, numerous detailed Exhibits will examine the known public record of the Clinton Charity Network within the context of applicable state, federal, and foreign laws.”

And while we await the upcoming exhibits to his summary, here are the main highlights from the executive summary, which we urge all visitors – who have an even passing interest in the effort that has consumed the Clintons’ time and energy for the two decades, and brought them substantial wealth – to read.

To informed analysts, the Clinton Foundation appears to be a rogue charity that has neither been organized nor operated lawfully from inception in October 1997 to date–as you will grow to realize, it is a case study in international charity fraud, of mammoth proportions.

In contrast to this stark reality, Bill Clinton recently continued a long pattern of dissembling, likening himself to Robin Hood and dismissing critics of his “philanthropic” post-presidency, despite mounting concerns over perceived conflicts of interest and irregularities.

Normally, evaluating the efficacy of a charity objectively is performed looking closely into hard facts only -specifically, determining whether monies spent upon “program service expenditures” actually have furthered the limited, authorized “tax-exempt purposes” of entities such as the Bill, Hillary, and Chelsea Clinton Foundation, its subsidiaries, its joint ventures, and its affiliates (together, the “Clinton Charity Network”).

But, popular former presidents of the United States retain “bully pulpits” from which they certainly can spin sweet-sounding themes to a general audience and media that is not sufficiently acquainted with the strict laws and regulations that do, in fact , tether trustees of a tax-exempt organization to following only a mission that has been validly pre-approved by the Internal Revenue Service, on the basis of a complete and truthful application.

This Executive Summary carries forward a process of demonstrating that the Clinton Foundation illegally veered from its IRS-authorized mission within days of Bill Clinton’s departure from the White House in January 2001, using publicly available information which, in certain cases, has been purposefully omitted or obscured in disclosures offered through the Clinton Foundation website, its principal public portal.

The question of whether a federally authorized nonprofit corporation has been validly organized and operated is a question of fact, best answered through close review of the record.

Without having access to helpful corroborative materials (including board minutes, donor solicitation presentations, after-action reports to donors, management representation letters to accountants, internal memoranda, and communications with key counterparties), this Executive Summary previews 40 detailed Exhibits that dissect portions of the public record concerning activities of the Clinton Charity Network.

As the following IRS publication states clearly, a nonprofit corporation must pass both an “organizational test” and an “operational test” to be legitimately exempt from federal income taxes.

At this point, Ortel previews the 40 detailed Exhibits which will be published starting September 7 on www.charlesortel.com. As a preview of the extensive analysis contained in these Exhibits, “these Exhibits document an escalating pattern of lawlessness and suggest that trustees of entities in the Clinton Charity Network exhibited gross negligence and reckless disregard in performance of their solemn duties.”

The exhibits can be read in their entirety in the pdf attached at the bottom of this post.

Instead, we fast forward to Ortel’s conclusion:

The scope and scale of illegal activities carried out by trustees, executives, significant donors, and professional advisors in the names of Clinton Foundation entities are only evident when you consider abundant information in the public domain and then read the body of laws that serves as a framework for regulating charities and their solicitation efforts.

All told, declared donations to Clinton Foundation entities from 1997 through 2014 are greater than $2 billion; but this vast amount is likely a pittance when compared to sums sent to affiliated “charities” and relief efforts around the world. Though required by strict laws, no part of the Clinton Charity Network (including affiliates and joint ventures) has ever procured a comprehensive, independent, and compliant audit of its financial results.

No part of the Clinton Charity Network is controlled by experienced and independent trustees who can defend against conflicts of interest–in consequence Clinton charities regularly are used illegally to create substantial “private gain”, and to advance the political interests of the Clinton wing of the Democratic Party.

Unless and until an independent conservator is appointed by the Arkansas State Attorney General, the public will not know the true dimensions of a fraud that started in Bill Clinton’s home state and in Washington, D.C., then metastasized, and spread around the world.

His stunning summary: “An educated guess, based upon ongoing analysis of the public record begun in February 2015, is that the Clinton Foundation entities are part of a network that has defrauded donors and created illegal private gains of approximately $100 billion in combined magnitude, and possibly more, since 23 October 1997.”

Ortel leaves us with some critical questions:

The answer is surprising and simple–once again, Americans and regulators around the world appear to have fallen victim to the “Big Lie” strategy.