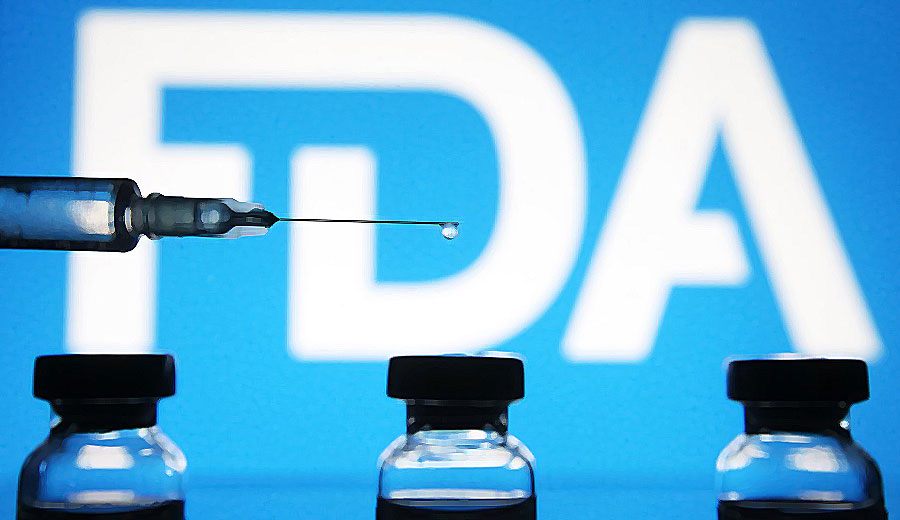 How significant is it that the two top FDA officials responsible for vaccine research resigned last week and this week signed a letter in The Lancet that strongly warns against vaccine boosters?

Authored by Jeffrey Tucker via The Brownstone Institute,

This is a remarkable sign that the project of government-managed virus mitigation is in the final stages before falling apart.

The booster has already been promoted by top lockdown advocates Neil Ferguson of Imperial College and Anthony Fauci of NIH, even in the face of rising public incredulity toward their “expert” advice. For these two FDA officials to go on record with grave doubts – and their perspective is certainly backed by the unimpressive booster experience in Israel – introduces a major break in the narrative that the experts in charge deserve our trust and deference.

What’s at stake here? It’s about more than the boosters. It’s about the whole experience of taking away the control of health management from individuals and medical professionals and handing it over to modelers and government officials with coercive power.

From the first week of March 2020, the US embarked on a wild experiment in virus mitigation, deploying a series of measures with a sweep and scope that had never previously been attempted, not in modern times and not even in ancient times. The litany of controls and tactics is long. Many of these measures survive in most parts of the US. The retail landscape is still filled with plexiglass. We are still invited to sanitize ourselves when going indoors. People still mask up in proximity to others. The “Karens” of the world are still actively shaming and denouncing anyone suspected of non-compliance.

The vaccine push has been particularly divisive, with President Biden actively encouraging “anger” at those who don’t get the jab, even as he refuses to acknowledge the existence of infection-induced immunities. In several cities, people who refuse vaccines are being denied active participation in civic life, and a populist movement is rising up that scapegoats the refuseniks as the only reason that the virus continues to be a problem.

All these measures were deployed in waves of controls. It all began with event cancellations and school closures. It continued with travel bans, most of which are still in place. Sanitization and plexiglass were next. Masks were rolled out and then mandated. The principle of forced human separation governed social interactions. Capacity limits indoors were a common feature. The US example inspired many governments around the world to adopt these NPIs (non-pharmaceutical interventions) and take away the liberties of the people.

At each stage of control, there were new claims that we’ve finally found the answer, the key technique that would finally slow and stop the spread of SARS-CoV-2. Nothing worked, as the virus seemed to follow its own course regardless of all these measures. Indeed there was no observable difference anywhere in the world based on whether and to what extent any of these measures were deployed.

Finally came the pharmaceutical interventions, voluntary at first but gradually mandatory, just as with each previous protocol began as a recommendation until it was mandated.

At no point in these 19 months have we seen a clear admission of failure on the part of government officials. Indeed, it’s mostly been the opposite, as the agencies double down, claiming effectiveness while citing no data or studies, while social media companies backed it all by taking down contrarian posts and brazenly deleting accounts of people who dare cite dissenting science.

The vaccine was the biggest gamble of all simply because the program was so expensive, so personal, and so wildly oversold. Even those of us who opposed every other mandate had hopes that the vaccines would finally end the public panic and provide governments a way to back out of all the other strategies that had failed.

That did not happen.

Most people believed that the vaccine would work like many others before them to block infection and spread. In this, people were merely believing what the head of the CDC said. “Our data from the C.D.C. today suggests that vaccinated people do not carry the virus, don’t get sick,” Rochelle Walinsky told Rachel Maddow. “And that it’s not just in the clinical trials, it’s also in real-world data.”

“You’re not going to get COVID if you have these vaccinations,”President Biden said, reflecting what was the common view in the summer of 2021.

That of course turned out not to be the case. The vaccines appear to have been helpful in mitigating against some severe outcomes but it did not achieve victory over the virus. Israel’s surge in infections in August was among the fully vaccinated. The same happened in the UK and Scotland, and that precise result began to hit the US in September. Indeed, we all have vaccinated friends who caught the virus and were sick for days. Meanwhile, team natural immunity has received a huge boost from a large study in Israel that demonstrated that recovered Covid cases gain far more protection than is conferred by the vaccine.

The fallback position then became the booster. Surely this is the answer! Israel was first to mandate them. Here again, the problems began to show, as yet another magic bullet of disease mitigation failed. Then the inevitable headline came: Israel preparing for possible fourth COVID vaccine dose. So think about this because there is a sense in which the vaccines rank among the biggest failures: in a matter of a few short months, we’ve gone from the claim that they fully protect to they are pretty okay provided you get regularly scheduled boosters forever.

Now to the striking resignation of two top officials at the FDA who were in charge of vaccine safety and administration. It was the Director and Deputy Director of the Office of Vaccines Research, Marion Gruber and Phillip Kause.

They gave no reason for their departure, which is scheduled for October and November.

The case is fascinating because 1) people rarely resign cushy government jobs unless a higher-paying, higher-prestige job in the private sector awaits, or 2) they are being pushed out. It’s rare for anyone in a position like to to resign over a principled matter of science. When I first read that they were going, I figured something else was up.

These days, extremely weird things are going on within the Biden administration. Even though his approval ratings are sinking, the president has to pretend that he has all the answers, that the science behind his mandates and virus war is universally settled, that anyone who disagrees with him is really just a political enemy. He has gone so far as to denounce, demonize, and legally threaten red-state governors who disagree with him.

This is a deep problem for actual scientists working within the bureaucracy because they know for sure that all of this is a pretense and that the government cannot win this war on the virus. They simply cannot preside over more false promises, especially when the whole of their professional training is about assessing the safety and effectiveness of vaccines.

So what can they do? In this case, it appears they had to get away before they dropped a bombshell.

The bombshell is called “Considerations in boosting COVID-19 vaccine immune responses.” It appears in the prestigious British medical journal The Lancet. The two top officials are among the authors. The article recommends against the Covid booster shot that the Biden administration, following Fauci’s advice, is suggesting as the key to making the vaccines work better and finally fulfill their promise.

Fauci and company are pushing boosters because they know what is coming. Essentially we are going the way of Israel: most everyone is vaccinated but the virus itself is not being controlled. More and more among those hospitalized and dying are vaccinated. This same trend is coming to the US. The boosters are a means by which government can save face, or so many believe.

The trouble now is that the top scientists at the FDA disagree. Further, they think that the push for boosters is courting problems. They think the current regime of one or two shots is working as well as one can expect. Nothing is gained on net from a booster, they say. There just isn’t enough evidence to take the risk of another booster, and another and another.

The authors knew this article was appearing. They knew that signing it under the FDA affiliation would lead to a push for their resignations. Life would get very difficult for both of them. They got ahead of the messaging and resigned before it came out. Very smart.

The signed article goes even further to warn of possible downsides. They point out that boosters might seem necessary because “variants expressing new antigens have evolved to the point at which immune responses to the original vaccine antigens no longer protect adequately against currently circulating viruses.” At the same time, there are possible side effects that could discredit all vaccines for a generation or more. “There could be risks,” they write, “if boosters are widely introduced too soon, or too frequently, especially with vaccines that can have immune-mediated side-effects (such as myocarditis, which is more common after the second dose of some mRNA vaccines, or Guillain-Barre syndrome, which has been associated with adenovirus-vectored COVID-19 vaccines.”)

Bringing up such side effects is essentially a taboo topic. That this was written by two top FDA officials is nothing short of remarkable, especially because it comes at a time when the Biden administration is going all in on vaccine mandates. Meanwhile, studies are showing that for teenage boys, the vaccine poses a greater risk to them than Covid itself. “For boys 16-17 without medical comorbidities, the rate of CAE is currently 2.1 to 3.5 times higher than their 120-day COVID-19 hospitalization risk, and 1.5 to 2.5 times higher at times of high weekly COVID-19 hospitalization.”

From the beginning of these lockdowns – along with all the masks, restrictions, bogus health advice from plexiglass to sanitizer to universal vaccine mandates and so on – it was clear that there would someday be hell to pay. They wrecked rights and liberties, crashed economies, traumatized a whole generation of children and other students, ran roughshod over religious freedom, and for what? There is zero evidence that any of this has made any difference. We are surrounded by the carnage they created.

The appearance of The Lancet article by two top FDA vaccine scientists is truly devastating and revealing because it undermines the last plausible tool to save the whole machinery of government disease management that has been deployed at such enormous social, cultural, and economic cost for 19 months. Not in our lifetimes has a policy failed so badly. The intellectual and political implications here are monumental. It means that the real Covid crisis – the task of assigning responsibility for all the collateral damage – has just begun.

In 2006, during the early years of the birth of lockdown ideology, the great epidemiologist Donald Henderson warned that if any of these restrictive measures were deployed for a pandemic, the result would be a “loss of trust in government” and “a manageable epidemic could move toward catastrophe.” Catastrophe is exactly what has happened.

The current regime wants to point the finger toward the noncompliant. That is no longer believable. They cannot delay the inevitable for much longer: responsibility for this catastrophe belongs to those who embarked on this political experiment in the first place.