The Emperor Has No Clothes: COVID Math Simply Doesn’t Add Up 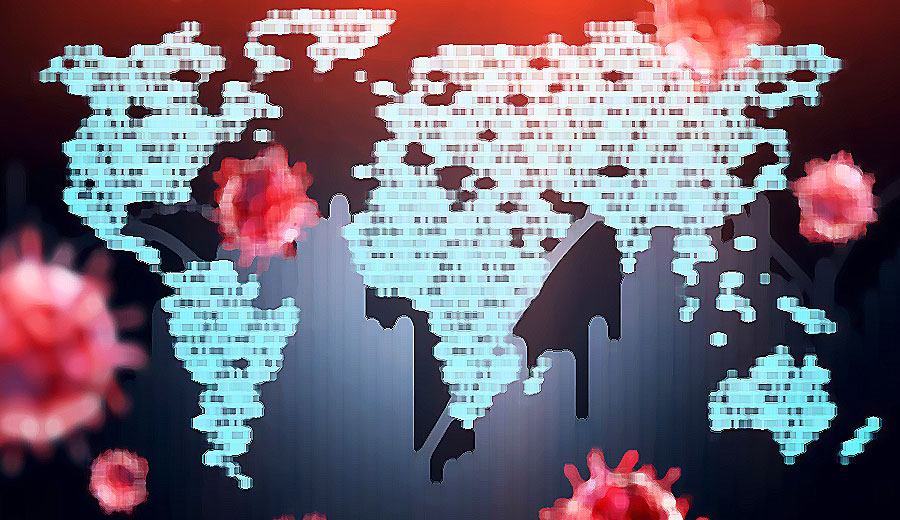 Eighteen months of COVID-related health data show the numbers promulgated by public health officials and mainstream media vastly overstate the risk of COVID and downplay the risk of vaccines.

From the beginning of the series of events branded as a global health emergency, many people have smelled a rat.

Whether one looks at leaders’ willingness to engage in wanton economic destruction, or the rapidity with which billionaires have amassed new wealth or the multisectoral efforts to link and mine people’s intimate data, it is not hard to recognize that something much larger than a health crisis is afoot.

However, even if one restricts oneself to the narrow confines of the health narrative, 18 months of data — emerging in spite of ferocious censorship — have repeatedly illustrated that the official story is full of lies and omissions.

One of the biggest holes in the story is the trail of destruction that the experimental COVID vaccines are leaving in their wake, with hundreds of thousands of reported injuries in the U.S. alone and, according to some statisticians, as many as 150,000 dead Americans.

With this level of damage after just nine months, now is as good a time as any to reexamine “COVID math” and highlight some of the embedded falsehoods that cast serious doubt on official and corporate pronouncements about risks and benefits.

The false case for vaccinating kids

Pfizer’s CEO, veterinarian Albert Bourla, is currently drumming up buzz in anticipation of a likely decision by the U.S. Food and Drug Administration (FDA) to green-light emergency use of his company’s COVID vaccine in children ages 5-11. To buttress his arguments, Bourla claims that pediatric COVID cases are on the rise.

However, setting aside the questionable PCR testing methodology being used to identify these “cases” (that is, until the Centers for Disease Control and Prevention (CDC) retires the PCR test at the end of the year), recent studies show reported COVID-19 hospitalizations — “one of the primary metrics for tracking the severity of the coronavirus pandemic” — have been grossly inflated for children. In actuality, pediatric COVID hospitalization rates are “vanishingly small.”

One fact, especially, bears repeating: Through age 19, children and adolescents have a 99.9973% COVID-19 survival rate. This information, which has been a constant throughout the reported pandemic, is reiterated in the most recent analyses by Stanford physician, epidemiologist and statistician John Ioannidis, who has been a steadfast critic of COVID alarmism from the very beginning.

And Ioannidis’s good news does not stop with the 19-and-unders. Until people hit their seventies, all age groups have survival rates well over 99%:

As Off-Guardian’s Kit Knightly wrote about another Ioannidis study this past spring, “With every new study, with every new paper, the ‘deadly’ pandemic gets less and less, well, deadly.”

At that time, Ioannidis ascertained that the global infection fatality rate was 95% lower than the one disseminated by the World Health Organization (WHO).

Risks: the example of myocarditis

Commenting on the pediatric hospital studies — in which more than half of the children entered the hospital for reasons having nothing to do with anything resembling COVID — a reporter wrote, “The implications … are enormously important, as reports of pediatric hospitalizations have regularly made headlines over the past year, greatly affecting public perceptions about risks to children.”

Those headlines and perceptions likely will prompt some parents to rush into the waiting arms of their local vaccinator.

Bourla and other Pfizer executives have remained mum about the many 12- to 17-year-olds who are ending up hospitalized and injured after taking the company’s experimental mRNA product.

Sadly, the post-jab statements made by these disabled teens and their parents share a common refrain: influenced by skewed media reports from some corners, and without the benefit of information censored in other corners, they were not aware of the risks.

What are some of those risks?

A study out of Ottawa recently estimated that one of every 625 Moderna doses administered results in myocarditis (heart inflammation), as does an estimated one in 2,500 doses of the Pfizer shot, with a “tight temporal association between receipt of mRNA vaccine and subsequent development of symptoms in a relatively short time frame afterwards.”

The Ottawa authors pointed out that their estimates — based on “direct investigation of patients” who were “largely in the vulnerable 18- 30 age category” — were tenfold higher than the incidence produced by a less rigorous study that looked only at “administrative health data.”

The authors also noted the relevance of their findings for the “ongoing public debate regarding proposals for vaccination of children under the age of 16.”

According to another new study, healthy boys between the ages of 12 and 15, with no underlying medical conditions, were four to six times more likely to be diagnosed with vaccine-related myocarditis than they were to be hospitalized with COVID.

The Ottawa study may have pointed more of a finger at the Moderna shot, but a late August CDC update on heart problems reported to the Vaccine Adverse Event Reporting System (VAERS) in the aftermath of COVID vaccination suggests the Pfizer injection may be equally treacherous, especially for young men.

Using a statistically credible estimate that VAERS data are underreporting COVID injuries by a factor of 41, Steve Kirsch (founder of the COVID-19 Early Treatment Fund) has calculated (slide #15) that roughly one in 318 boys ages 16 and 17 can be expected to develop myocarditis after two Pfizer doses, and a third booster dose of the Pfizer vaccine could escalate that risk to a frightening one in 25.

Another recent look at VAERS data by Health Impact News showed that in 2021, to date, 12- to 19-year-olds have been 50 times more likely to experience heart problems after receiving experimental COVID shots — and nearly eight times more likely to die — compared to all other FDA-approved vaccines combined.

With these kinds of findings, the pushback against giving children the shots is growing louder and stronger.

The authors of a just-published study in Toxicology Reports openly ask, “Why are we vaccinating children against COVID-19?” They warn that younger age groups could experience longer-term effects (such as myocarditis) “that, if serious, would be borne by children/adolescents for potentially decades.”

John Ioannidis’s new study shows that institutionalization negatively skews outcomes for the 70-plus age group. Whereas the survival rate is 97.5% for the community-dwelling elderly 70 or older, it falls to 94.5% when institutionalized elderly in that age group are included in the count.

Why are the institutionalized elderly faring so poorly? In the UK, reporters and undertakers have furnished one possible answer, sharing troubling on-the-ground descriptions about illegal euthanasia alleged to be taking place on a widespread basis in care homes as well as hospitals.

In the U.S., meanwhile, regulators, hospitals and pharmacies have implemented equally disturbing policies that require withholding inexpensive drugs, such as ivermectin and hydroxychloroquine — shown elsewhere to be effective and safe — while essentially forcing hospitalized COVID patients onto protocols that are not only unhelpful but murderous.

Mexico City achieved up to a 76% reduction in COVID hospitalizations by making ivermectin-based home treatment kits widely available. With evidence like this, why are U.S. hospitals stubbornly adhering to life-threatening protocols involving remdesivir (known to produce fluid in the lungs and longer hospital stays) and intubation?

One rather dark answer is that hospitals are not only immune from liability for any fatal outcomes resulting from this approach but receive hefty federal payments — including a 20% Medicare “add-on” that may sum up to as much as $40,000 for patients who spend four or more days on a ventilator.

Although hospitals may hasten to refute that these factors are at play, the growing number of hospital whistleblowers is becoming hard to ignore.

In March, Baylor University’s Dr. Peter McCullough lamented that as many as 85% of COVID deaths could have been prevented with early treatment using ivermectin and other formerly commonplace drugs disallowed by regulators and for which U.S. pharmacies will no longer fill “off-label” prescriptions.

There is international agreement with McCullough’s position that “large reductions in COVID-19 deaths are possible using ivermectin,” and the U.S.-based Front Line COVID-19 Critical Care (FLCCC) Alliance describes the drug as potentially the “global solution to the pandemic.”

However, instead of applauding these advocates of early intervention for their efforts to save lives, they have become, according to mRNA vaccine inventor Dr. Robert Malone, the focus of intense “coordinated strategies” to subject them to “derision and attacks and character assassination.”

In analyses presented by Steve Kirsch to the FDA (slide #6), Kirsch summarized data showing the COVID vaccines are killing more people than they are saving — including producing six excess deaths for each life reportedly saved in nursing home residents, and five excess deaths per life saved according to Pfizer’s early clinical trial data.

Independent statisticians estimate the injections are linked to roughly 470 deaths per million doses administered. (By way of comparison, CDC researchers once conceded that smallpox vaccination was responsible for one death per million.)

In February, studies out of Israel were already showing the Pfizer shot (the only one used in Israel) was causing “mortality hundreds of times greater in young people compared to mortality from coronavirus without the vaccine, and dozens of times more in the elderly.”

Investigative journalist Corey Lynn of Corey’s Digs pointed out the CDC’s methodology for calculating COVID vaccine-related deaths is highly misleadingbecause it is based on the number of doses administered, rather than on the number of people who receive injections.

Lynn’s analysis shows this methodology reduces the percentage of deaths almost by half, “an incredible mathematical error, surely done with intention.”

Another CDC ploy for undercounting the damage done by the COVID injections has to do with the agency’s definition of “fully vaccinated. The CDC currently considers as “unvaccinated” anyone who is not two weeks out from their second dose (in a two-dose series) or two weeks out from a single-dose vaccine. (And as Children’s Health Defense President Mary Holland recently pointed out, “unvaccinated” could “soon mean anyone who’s missing the latest booster dose,” with even more boosters likely in store down the road.)

Given that 17% of the deaths reported to VAERS have occurred within 48 hours of COVID vaccination, it is clear many U.S. vaccine deaths are being counted as “unvaccinated” deaths and misattributed to COVID-19 or other causes.

In the UK, however, public health data show that 80% of “COVID-19” deaths in August were in people who had been vaccinated, and hospitalization rates were 70% higher in the vaccinated than in the unvaccinated.

Increasingly, members of the public are not fooled by the statistical shenanigans. When a Detroit TV channel recently tried to drum up hostility against the unvaccinated by asking viewers to submit tales of recalcitrant uninjected relatives dying from COVID-19, they instead got more than 182,000 comments about loved ones who had died or been injured after receiving one or more COVID shots.

These replies provide compelling evidence that what we are now experiencing is a “pandemic of the vaccinated.”