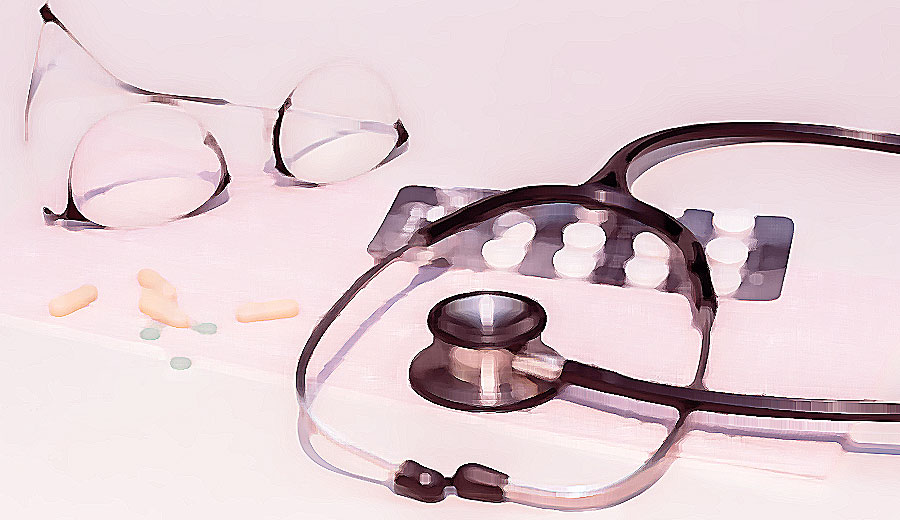 How to Tell What the Government Fears Most

I recently had a conversation with a reasonably well-informed writer who simply missed the real reasons why most practicing physicians go along with the Fauci Fraud.  As a public service, I will attempt to fill in a few gaps.  But first, I must define the fraud.

There are two basic legs to the fraud.  First is the idea that the Centers for Disease Control is in any way concerned with a mission related to its name.  The failure of the CDC to endorse any treatment that did not emanate from its exalted halls should give us our first glint of clarity.  There are literally millions of physicians around the world, and the great bulk of them truly wish to treat their patients well.  Among those are thousands of researchers, a number far in excess of those at the CDC, the NIH, and other alphabet soup government agencies.  The very idea that outside researchers are incapable of discovering anything useful without the help of the bureaucrats in D.C. is hubris of the highest order.  And it prevents the CDC, the FDA, or any other such agency from considering the idea that maybe, just possibly, there might be intelligent life down here.  Mount Olympus cannot be threatened.

The second leg of the fraud is less visible to the naked eye but much more powerful.  If I wrote this before I retired, I would be called before the Board of my group and told in no uncertain terms to shut up.  I might even be assessed a financial penalty with several zeroes after the one.  That’s a serious impairment of my pursuit of happiness.  The reason for my group’s dislike is more than the fact that I might be an irritant.  They may actually agree with what I have to say.  But they simply cannot afford for me to say it.  That’s right: as a practicing physician in a group, my freedom of speech can become very expensive…to the group.

My group cared for patients of all descriptions, with roughly half of them on Medicare and another batch on Medicaid.  Both programs are ultimately managed by the feds, one of the most humorless groups on the planet.  They write a whole bunch of rules on how you have to document everything you do.  If you didn’t document it correctly, it didn’t happen, and you won’t get paid.  But that’s not the half of it.

Suppose you have one of those patients brought in by the ambulance from under the bridge.  His only clothes are the ones he’s wearing, and he doesn’t have two nickels to rub together.  It’s more than obvious that this surgery for bowel obstruction will be a charity case.  Before Medicare, you’d simply write it off as your good neighbor duty.  Now you don’t get a choice.  CMMS (the actual administrative agency) requires you to send a bill.  Twice.  Or maybe three times.  Whatever it takes to turn the bill into bad debt.  Then you have to send it to a collection agency.  Your only alternative is for your group to bring it up in its Board meeting and declare it a write-off that gets noted in the minutes.

All this rigmarole serves no purpose, and you knew that before you got to this sentence.  But CMMS has a sinister side.  If you do the case for free (which you did before you spent that useless money on billing and collection), CMMS will define that as your “usual and customary” bill for an exploratory laparotomy.  Since your U&C is now zero, you can’t ever bill more than that for an ex lap in the future.

But what does that have to do with ivermectin?  I’m glad you asked.

U&C bills are just one of the hundreds of rules that CMMS enforces.  Another is “Pay for Performance.”  Basically, P-f-P requires you to check a host of boxes when taking care of patients.  If you didn’t get that IV antibiotic in 20 minutes before the incision, you failed P-f-P and may not get paid.  The hospital won’t get paid to take care of the patient if there’s a complication.

So let us suppose that you use ivermectin to treat a COVID patient as he arrives in the hospital.  Ivermectin isn’t on the Medicare/Medicaid approved list of medications for COVID.  Your hospital pharmacy will call you up and give you grief.  After wasting a lot of time getting them to finally let you have it, you’ve had to cancel half of your office day.  The next day, you’ll get a visit from a coder, who will tell you that you didn’t use the approved treatment protocol and put the hospital in jeopardy because you flunked P-f-P.  By the way, that “coder” is the person who “helps” you use the proper ICD (billing) code for whatever the patient has in order for the hospital to make the most money.  But that’s not the worst of it.

Because you flunked P-f-P, that waves a red flag in front of the CMMS bulls, and you’re about to get gored.  They will wonder what other bad things you’ve done.  As soon as they find one, it gets flagged as “Medicare fraud,” and they will bill you for twice what you got paid as a penalty.  Can you guess how many other instances of fraud they’ll find if they look hard?  Do you have to ask why my partners would get upset if I published while I was still in practice?  By the way, CMMS can go two years back as they look for your crimes.  They can ultimately take your house, your car, and your wife’s poodle while they’re at it.

Let’s change the scene.  Suppose you’re in private practice.  You can’t give ivermectin because the feds will key in on it if your patient’s on Medicare or Medicaid.  So you decide to take care of him off the books.  He pays you cash, and all is well.  Not!  You now took a private payment for Medicare-covered service.  That will get you barred from seeing another Medicare patient for two years.

Let’s forget all the regulatory traps.  You’re conscientious and try to do the best for your patients.  But you’re busy, and you can’t keep up with the flood of papers on all the various COVID bits.  So you wear a mask, have your patients wear masks, and do a lot of telemedicine.  You keep up on the latest through Medscape and the Morbidity and Mortality Weekly Reporter.  You should be good?  Not!  MMWR is put out by the CDC, and they won’t say the first good word about HCQ or ivermectin.  Medscape is a little better, but not much.  And all the specialty societies are toeing the line.  Can we guess why?

Any doctor who actually reads the studies, or follows any of the protocols published by the Association of American Physicians and Surgeons, will see a lot of peer pressure to stop.  The financial risks may be extreme.  It takes a spine of steel to stand up to the authoritarian orthodoxy.

Ted Noel, M.D. is a retired anesthesiologist/intensivist who posts on social media as DoctorTed and @vidzette.