NBC’s Outrageous Lies About Covid & Child Vaxx: Brought to you by Pfizer: Follow the Money 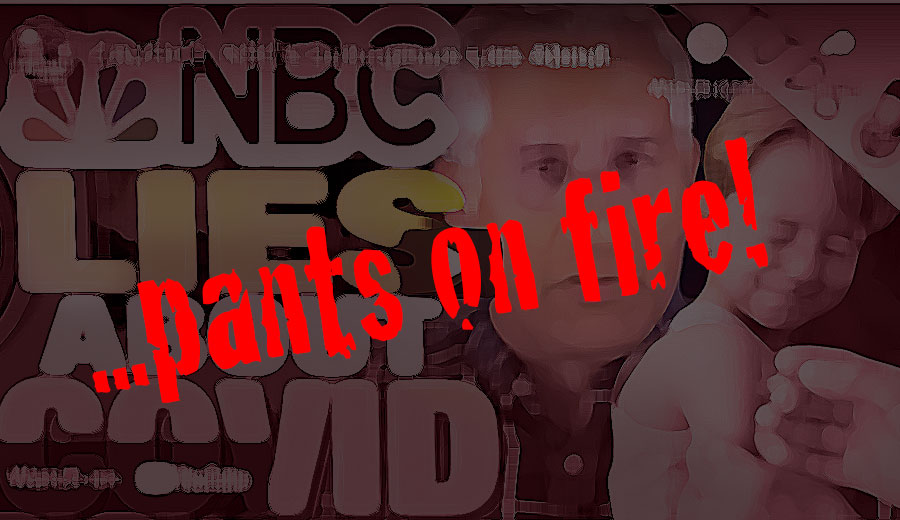 Why do you think there is no debate whatsoever in the mainstream regarding the safety and/ or efficacy of this new gene therapy being touted as “vaccines”?

VIDEO: On a recent episode of “The Jimmy Dore Show,” comedian and political commentator Jimmy Dore called out Dr. John Torres, medical correspondent for NBC News, for overplaying COVID’s risk to children. (which by the way is statistically 0)

“This is a story about how money influences corporate news,” Dore said, before playing a compilation video of Pfizer sponsoring newscasts on CNN, NBC, CBS, Good Morning America, ABC News, MSNBC and 60 Minutes.

“So what’s the result of all that Pfizer money going to newsrooms?” Dore asked. “Here’s how they’re going to report on the Pfizer vaccine being authorized for children who are at almost zero risk, according to the science.”

Dore played a clip of Torres on NBC’s Today show explaining why parents should vaccinate their children with Pfizer’s vaccine.

Torres recited statistics — including the statement that “there have been 146,000 COVID deaths [among children]” — that aren’t corroborated by any government health agency.

“I don’t know where this guy is getting his information but it’s certainly wrong,” Dore explained.

Dore pointed to an Oct. 8 article in USA TODAY which cited data from the Centers for Disease Control and Prevention (CDC) showing  “of the 73 million”-“fewer than 700 children have died of COVID-19 during the course of the pandemic.”

“John Torres of NBC just told us 146,000,” Dore said. “Whenever they make an error it always happens to be in the pro-Pfizer direction.”

Dore suggested they “want to scare you to death” so you get your kid the Pfizer shot. “Despite the risk being almost immeasurable, they are trying to tell you that the risk is urgent,” Dore said.

“According to the CDC,” Dore said, citing an article in New York Magazine’s Intelligencer, “the child mortality risk from COVID is actually lower than the flu.”

“But would you know that from watching NBC’s coverage?” asked Dore.

Beware of the Ministry of Truth