Hospitalizations, Mortality Cut In Half After Brazilian City Offered Ivermectin To Everyone Pre-Vaccine 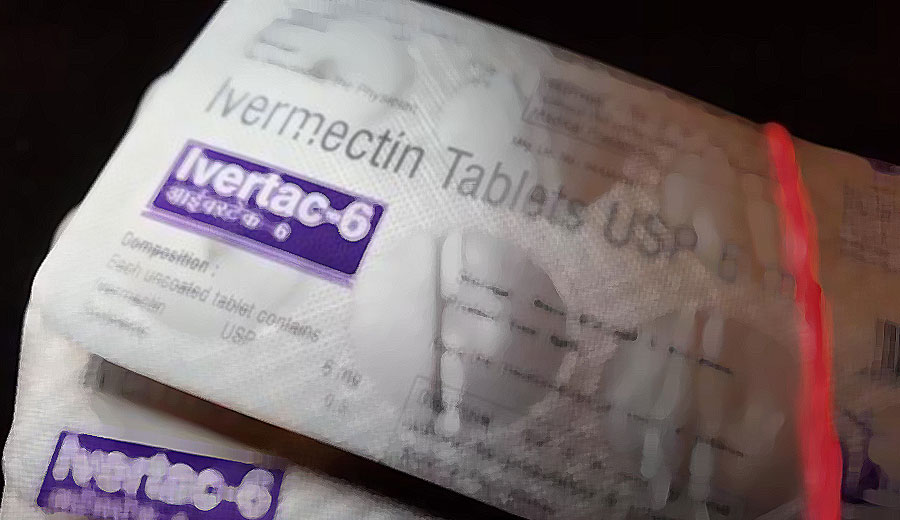 Early on in the pandemic, before the vaccines were available, the Southern Brazilian city of Itajai offered Ivermectin as a prophylaxis against the disease.

After analyzing the data, a team of researchers spanning several Brazilian institutes, the University of Toronto, and Columbia’s EAFIT concluded in a December pre-print study that hospitalization and mortality rates were cut in half over the seven month period among the Ivermectin group.

This is even more impressive when you learn the IVM users were older on average, with 30% >50 yo versus 20% for non-IVM users. The mortality reduction is even higher looking at different age groups. 85% for 31-49 yo and 59% for >50 yo. pic.twitter.com/K6D5naybCS

The analysis contradicts an October report by Business Insider which claims, based on a Brazilian ICU doctor’s anecdotal evidence, that the experiment was a failure.

The authors note, “Being a retrospective observational analysis, it is uncertain whether results would be reproducible in a randomized, placebo-controlled, double-blind clinical trial, but likely, since groups of ivermectin users and non-users had  similar demographic characteristics, and rates were adjusted for the relevant confounding variables.”

We’re sure the ‘fact checkers’ are already hard at work trying to debunk the pre-print, however they may also want to take a look at ivmmeta.com – a real-time meta analysis of 70 studieswhich found that Ivermectin works as a prophylaxis 83% of the time. In peer-reviewed studies, it was found effective 70% of the time as an early treatment, and just 39% of the time as a late treatment.

As we noted during the whole ‘horse paste’ controversy:

This widely prescribed anti-parasitic which is also used in horses has shown meaningful efficacy worldwide in the treatment of mild and moderate cases of Covid-19, plus as a prophylactic. India’s Uttar Pradesh province, with a population of over 200 million, says that widespread early use of Ivermectin ‘helped keep positivity [and] deaths low.’

Separately, there have been several studies funded by the Indian government, primarily conducted through their largest govt. public medical university (AIIMS).

Conclusion: Two-dose ivermectin prophylaxis at a dose of 300 μg/kg with a gap of 72 hours was associated with a 73% reduction of SARS-CoV-2 infection among healthcare workers for the following month.

Conclusion: There was no difference in the primary outcome i.e. negative RT-PCR status on day 6 of admission with the use of ivermectin. However, a significantly higher proportion of patients were discharged alive from the hospital when they received ivermectin.

Here are more human studies from other countries on the ‘horse dewormer’:
Peru:

Findings: Patients in the ivermectin group recovered earlier from hyposmia/anosmia (76 vs 158 patient-days; p < 0.001).

Conclusion: According  to  our  study,  the  Ivermectin-Doxycycline combination therapy has better symptomatic relief, shortened recovery duration, fewer adverse effects, and superior patient compliance compared to the Hydroxychloroquine-Azithromycin combination. Based on this  study’s  outcomes,  the  Ivermectin-Doxycycline  combination  is  a  superior  choice  for  treating  patients  with  mild to moderate COVID-19 disease.

Discussion: A 5-day course of ivermectin resulted in an earlier clearance of the virus compared to placebo (p = 0.005), thus indicating that early intervention with this agent may limit viral replication within the host. In the 5-day ivermectin group, there was a significant drop in CRP and LDH by day 7, which are indicators of disease severity.

Perhaps the most damning evidence in favor of Ivermectin is the medical establishment’s position that it’s essentially snake oil, despite the fact that it’s had a glowing safety profile for decades, until now.

Ivermectin Is a Safe, Effective (& inexpensive) Treatment for COVID. The Research Is Clear: So Why Isn’t It Being Used?