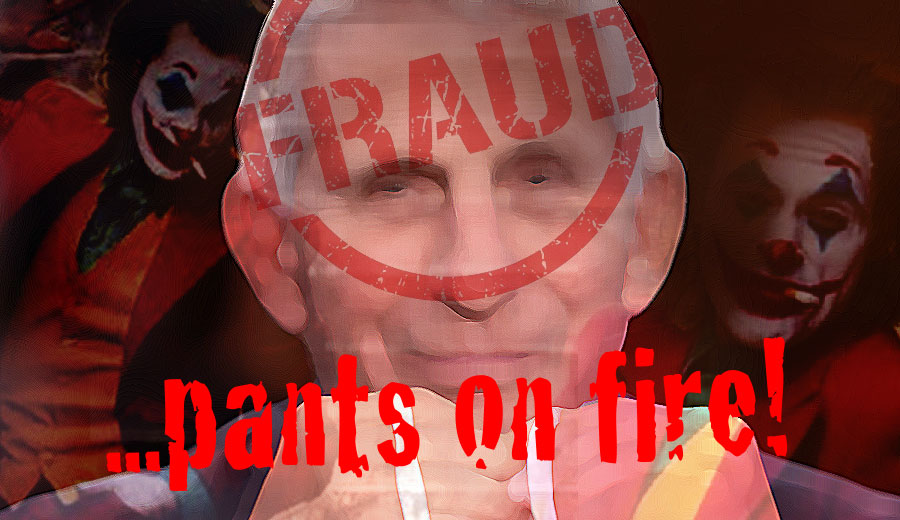 Fauci’s net worth jumped $5 million during COVID, per report

WASHINGTON (TND) — Financial disclosures from National Institute of Allergy and Infectious Diseases (NIAID) Director Dr. Anthony Fauci reportedly show his net worth grew by $5 million during the COVID-19 pandemic between 2019 and 2021.

In total, OpenTheBooks has filed four federal lawsuits against the NIH in order to gain access to Fauci’s financial records. The group called it a “dogfight” to get access to those records, even though Fauci himself has argued they are “totally accessible” and “are public knowledge, and have been so.”

While being questioned by Sen. Roger Marshall, R-Kan, about the alleged lack of transparency around his finances, Fauci was caught on a hot mic calling the GOP senator a “moron.”

Aside from everything else, notice the pathetic pantomime from this jokester-So when listening, wear a mask. Sitting and listening can be very dangerous. You’re safe once you start talking. Remember that if you can in a restaurant. If you start talking on the way to your table you can safely remove your mask before sitting down. I feel bad he had to sit through such a long questioned masked up-he should have pre-ordered a sandwich or simple side salad.

Among the questions and concerns that have sparked interest in Fauci’s financial records is one about royalty payments he may have received from pharmaceutical companies during COVID.

READ MORE: “‘We are going to learn about it’: Rand Paul and Fauci clash over NIH royalties”

Sen. Rand Paul, R-Ky, has been among those trying to obtain a transparent record of Fauci’s finances. The two got into a heated exchange over the alleged lack of transparency around the royalty payments multiple times this summer.

SEN. PAUL TO DR. FAUCI: "When we get in charge, we're gonna change the rules and you will have to divulge where you get your royalties from, from what companies and if anybody on the committee has a conflict of interest, we are going to learn about it. I promise you that." pic.twitter.com/7r2Q89pnQR

Anthony Fauci’s Net Worth Increased Over 70% to $12.7M Since The COVID Pandemic, Report Says.

Newly obtained financial documents reveal the controversial and oft-disproved Anthony Fauci’s net worth has exceeded $12.5 million, surging over $5.1 million amidst the COVID-19 “pandemic”.

Obtained by the government watchdog group Open The Books, the records detail how America’s most powerful public health official amassed his net worth through investments, gifts, and his taxpayer-funded salary. Fauci’s wife, Christine Grady, is also a National Institutes of Health (NIH) employee, curiously serving as the Chief at the NIH Clinical Center’s Department of Bioethics.

The Fauci household disclosed that their total net worth increased from roughly $7.6 million on January 1st, 2019 to over $12.6 million by December 31, 2021. The numbers represent a nearly 70 percent increase.

Good times during the pandemic for the worlds worst scientist??

Is he science or scientism?? You decide https://t.co/paoK8xo16X

The 81-year-old director of the National Institute of Allergy and Infectious Diseases added some $5 million to his household net worth from 2019-2021, according to financial disclosures obtained by OpenTheBooks.com. Fauci, the federal government’s highest-paid employee including the president, earns $480,000 per year.

Mandatory disclosures show the Fauci household’s net worth jumped from $7.6 million at the beginning of 2019 to over $12.6 million by the end of 2021.  Fauci augmented his generous taxpayer-funded salary with an array of prizes, perks, royalties and investment income. One example was the $1 million prize awarded to Fauci by the Israel-based Dan David Foundation for “speaking truth to power” and “defending science” during the Trump administration.
……..

If this was really about Saving the World at a time of great human need, then hundreds of billions of dollars in profit wouldn’t have been made 👇🏽

I don’t know why some people still can’t see this.https://t.co/Wt9sB1sQ2J

With every passing day, the negotiations held between the European Commission and Pfizer over the EU’s largest COVID-19 vaccine contract look less like business as usual and more like a whodunnit.

The plot thickened further after the European Court of Auditors published a report today, accusing the Commission of refusing to disclose any details of Commission President Ursula von der Leyen’s personal role in the talks.

The budget watchdog found that the EU chief threw out the existing rulebook to hash out a preliminary deal with the U.S. multinational, paving the way for a contract for up to 1.8 billion coronavirus vaccine doses to be signed in May 2021. For all the other vaccine deals struck by the EU between 2020 and 2021, a joint team comprising officials from the Commission and seven member countries conducted exploratory talks. The outcome was then taken to a Vaccine Steering Board made up of representatives from all 27 EU member states who signed off on it.

The controversy revolves around the Commission’s third contract for BioNTech/Pfizer’s mRNA vaccine. The previous two contracts had secured a total of up to 600 million doses. But this next one, for up to 1.8 billion doses, would prove to be the largest by far of all the deals signed by Brussels. It foresaw the upfront purchase of 900 million doses, with the option to order 900 million more, for delivery in 2022 and 2023.

The contract was significant both in terms of volume and price. According to leaked details, shots cost €15.50 each at first, with the price then hiked to €19.50 according to the Financial Times, meaning the contract would be worth around €35 billion if fully exercised. “It is the biggest COVID-19 vaccine contract signed by the Commission and will dominate the EU’s vaccine portfolio until the end of 2023,” the court notes. Pfizer did not respond to a request for comment for this story.

The deal came at the height of the pandemic, shortly after production and distribution issues at vaccine maker AstraZeneca had left the EU languishing behind the U.S. and U.K. in the race to procure shots. It was in the midst of this crisis that von der Leyen stepped in.
…….

Pfizer and Moderna have brought in hundreds of billions of dollars in government funding, resulting in tens of billions in quarterly profits, since Biden entered office.

And We Should Trust ‘The Science’ of the Pharma Industry? BIG PHARMA: The Real Anthony Fauci-“The Covered-Up Crimes of Vaccine-maker Pfizer – Just Another “Too-Big-to-Fail” American Corporation