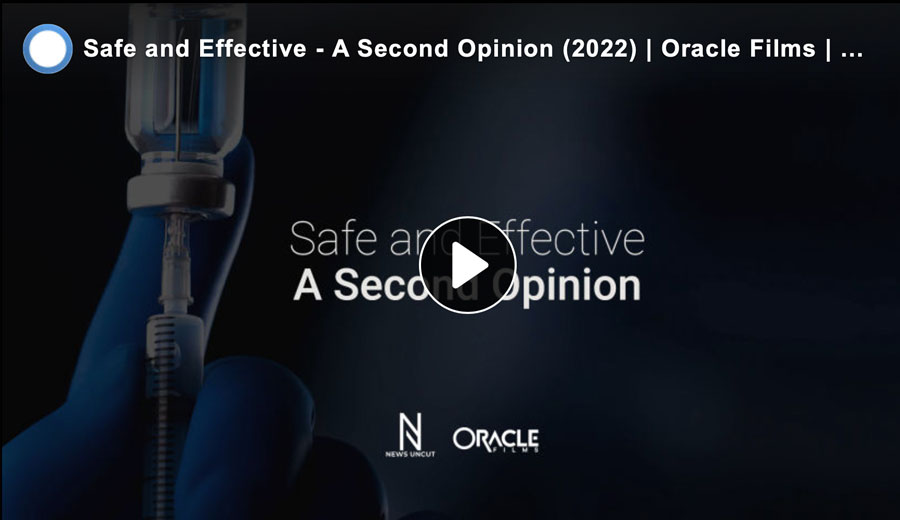 Safe and Effective: A Second Opinion shines a light on Covid-19 vaccine injuries and bereavements, but also to takes an encompassing look at the systemic failings that appear to have enabled them. We look at leading analysis of pharmaceutical trials, the role of the MHRA in regulating these products, the role of the SAGE behavioural scientists in influencing policy and the role of the media and Big Tech companies in supressing free and open debate on the subject.

Watch this film before it is removed.

The film is available to watch here in 4K.

English subtitles are available. More languages are being created currently.

If you would like to contribute to translations, please get in touch with us at comments@oraclefilms.com

Join the discussion by following us on Telegram: t.me/OracleFilms

If you’d like to see more independent projects like this happen in the future, or you feel inclined, you can donate to us here: