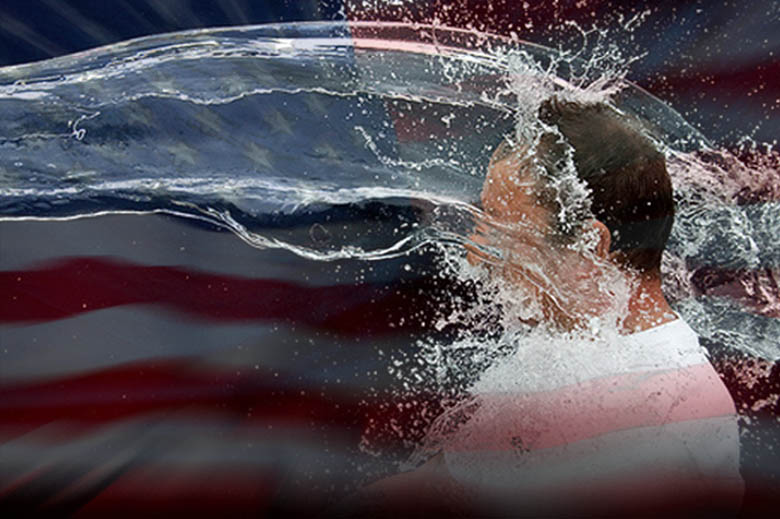 For quite some time now, especially since 2008 I have been painstakingly collecting information and gathering content with the intention of carefully organizing it into a coherent presentation. I have been asking questions and seeking answers in search of truth and clarity. I had hoped to one day have it all indexed and ready to roll out in such a manner that anyone could easily  and incrementally explore and digest the information at a comfortable pace letting each dose steep and foment before administering the next jolt.

Due to the constraints of daily life and managing its demands on time and energy I now find myself feeling like a shaken bottle of soda.

I have come to the realization that the best way to get started is not by walking around the pool carefully dipping my toes in but rather diving right in. I am simply going to throw a splash of cold water in your face! ………’a nod to the late great Joe Strummer

In subsequent posts I will attempt to backfill with the information I have cataloged while also updating the latest news and developments as they occur. Please join me and share this forum with friends and loved ones in the hope that one day we can hand off to our children and grandchildren a future in which they can enjoy life, liberty and the pursuit of happiness.

Since the financial crisis of 2008 there has been NO RECOVERY.

The mainstream media (MSM) has been tirelessly promoting the narrative that the economy is strengthening and all is well but a good look beneath the surface will show that such is not the case.

First off, ownership of the mainstream media is concentrated in the hands  of just six incredibly powerful media corporations. The six corporations that collectively control U.S. media today are Time Warner, Walt Disney, Viacom, Rupert Murdoch’s News Corp., CBS Corporation and NBC Universal. The purpose of the mainstream media is not so much to get the truth out to the American public but rather promote the narratives and causes to shape public opinion that will most benefit the corporations and interests that own them. It seems the main purpose of the MSM is to divide and distract the public. If you are getting your news from the TV and other MSM outlets I am sorry to say you are uninformed, ill-informed and in some cases even misinformed. This subject will be further explored in subsequent posts but for now back to the cold water splashes.

All of these points will be explored further but for now here are some facts to stir the pot and get the conversation started.

As I check over this post for the last time- the July jobs numbers are being released-fewer jobs created than expected-yet two ticks down in the headline number. Again, a decrease in the labor participation rate. Also downward revisions to the last two jobs numbers.

The bullet points below will be updated after this current round of smoke & mirrors settles.

The stock market is not an indicator of the well-being of the economy as a whole. As the markets set all time records the underlying economy continues to decay. The mainstream media would have you believe that the “recovery” is continuing to pick up steam as the markets continue to rise despite weak fundamental data. Anyone who is really paying attention knows that the Federal Reserve’s Quantitative Easing Policies are responsible for the current inflated asset prices and record high market indexes. This idea is even starting to get mentioned as the talking heads have a hard time explaining away the continued rallies despite weak fundamentals.

The markets are manipulated. The Fed is creating 85 billion dollars per month (that we know of) out of thin air  to prop up the markets on the backs of the taxpayers. The artificially low/zero interests rates are punishing savers while benefitting the banks.

Earlier this month the Fed Chairman’s mere mention that they may begin to taper the easy-money liquidity sent the markets reeling. There was a quick back-peddle on that notion and the banks and the markets were soon reassured that there would indeed be no taper for the foreseeable future.

Like the MSM the purpose of the Left-Right political paradigm is to keep the people separated and arguing amongst themselves, usually over the most trivial of matters, to reinforce their belief that they are making a choice. Occasionally there are those who do not quite fit into the red-blue establishment. These individuals break from the status quo script and are most often treated as outliers and portrayed as kooks.

Just as the government adjusted the method of calculation for the headline unemployment number, now as the GDP figures have trended downward toward a negative figure they have found it necessary to likewise adjust their formulas so as to result in a more acceptable “number”. So expect to hear numbers that will sound better. As I type the talking heads are discussing GDP potential growth numbers with no mention of the new metrics. This as well will be covered in subsequent posts.

2 thoughts on “Inaugural Post – Cold Water In the Face”