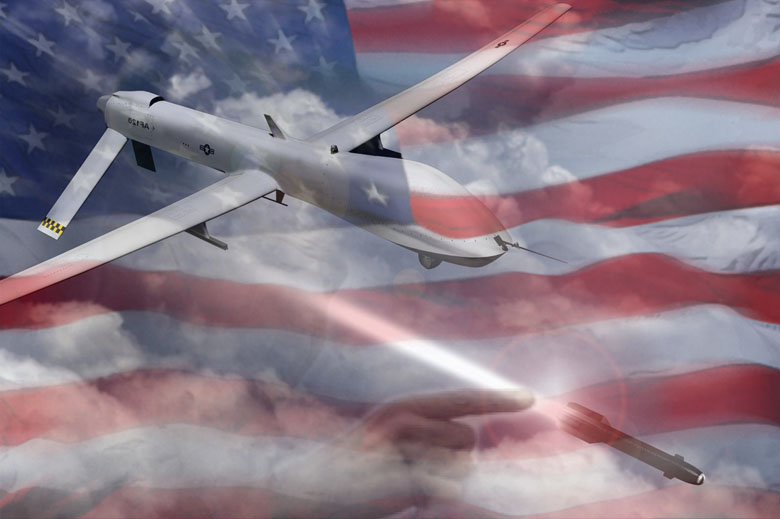 Here’s What Candidate Obama Said About Military Intervention In 2007

Q. In what circumstances, if any, would the president have constitutional authority to bomb Iran without seeking a use-of-force authorization from Congress? (Specifically, what about the strategic bombing of suspected nuclear sites — a situation that does not involve stopping an IMMINENT threat?)

Obama:  The President does not have power under the Constitution to unilaterally authorize a military attack in a situation that does not involve stopping an actual or imminent threat to the nation.

Ron Paul Asks “Why Are We At War In Yemen?”

Most Americans are probably unaware that over the past two weeks the US has launched at least eight drone attacks in Yemen, in which dozens have been killed. It is the largest US escalation of attacks on Yemen in more than a decade. The US claims that everyone killed was a “suspected militant,” but Yemeni citizens have for a long time been outraged over the number of civilians killed in such strikes. The media has reported that of all those killed in these recent US strikes, only one of the dead was on the terrorist “most wanted” list.

Remember all of the propaganda ahead of the USA’s “democracy unleashing” invasion of Iraq in 2003. It went something like this: “We have evidence that Saddam Hussein has stockpiles of weapons of mass destruction, and even worse he has a histroy of using them, even against his own people!”

Well unsurprisingly, Mr. Hussein had a little help from his friends. The United States of America. Let’s bear this in mind as our Noble Peace Prize winning President attempts to involve us in another unconstitutional war based on the fact that chemical weapons have been used.

While many Wall Street economists and strategists shrugged in the face of tin-foil-hat-wearing bloggers who suggested the disaster that is the part-time jobs receovery was due to The Affordable Care Act – of 953,000 jobs created In 2013, 77%, or 731,000 are part-time

As NBC Nightly News reports in this succinct clip, things are not going according to plan for the President’s better bargain even as Fed’s Bullard proclaims “clear improvement in labor markets.”

The Affordable Care Act employer mandate to provide health insurance to anyone working 30 or more hours a week hasn’t been implemented yet, but that hasn’t stopped some businesses from cutting back on employees’ hours to avoid paying healthcare costs.

Pandemic of pension woes is plaguing the nation

Across the nation, cities and states are watching Detroit’s largest-ever municipal bankruptcy filing with great trepidation. Years of underfunded retirement promises to public sector workers, which helped lay Detroit low, could plunge them into a similar and terrifying financial hole.

Meredith Whitney: ‘Detroit Will Start A Wave of Municipal Bankruptcies’

At the root of the problem is the incentive system that elected officials used to face. For decades, across the US, local leaders ran up tabs for future taxpayers; they promised pensions and other benefits for public employees that have strong legal protection. That has been a great source of patronage for elected officials: they can promise all sorts of future perks to loyal supporters (state and local workers) with very little accountability on the delivery of those promises.

Since the global economy hit rock bottom in 2008, US federal debt has gone through the roof, increasing from $5 trillion to an estimated $12 trillion ( USdebtclock.org hast is at @ $17 trillion) in 2013. Meeting the interest payments alone on that debt burden presents a formidable challenge for US taxpayers: In addition to the debt, Americans must pay back around $220 billion annually just in interest.

And with interest rates set to rise from their historic lows, Americans will be confronted with a significantly higher bill in the future. In fact, the Congressional Budget Office anticipates that net interest expense on US federal debt will exceed the entire defense budget by 2021.

This fiscal horror story playing out across America, however, is actually much worse than publicly recognized.

Meredith Whitney: ‘Wall Street will cut 15% of its jobs over 18 months’

Whitney says the financial sector is set to see layoffs of up to 100,000 or as much as 15% of the work force in the next 18 months, as banks contract and muddle through a sluggish economy.