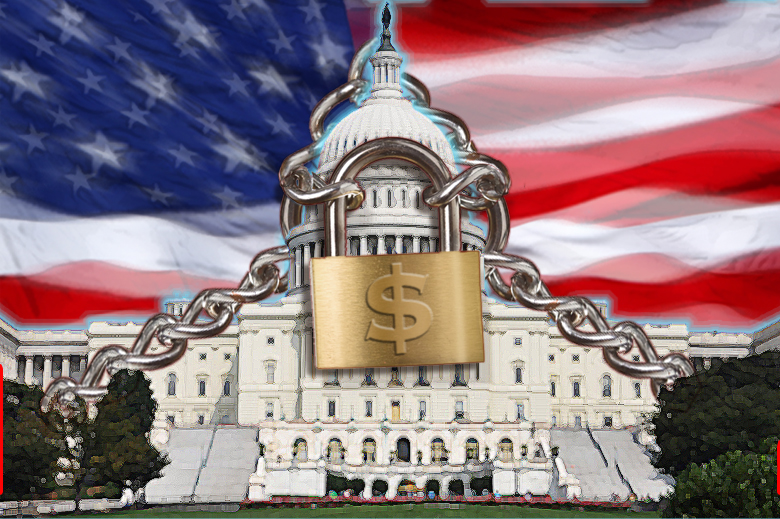 As we dig into this “shutdown” it becomes more evident that the show is not so much about responsible tightening of the purse strings but more about pushing people’s buttons so we can really feel the impact.

The National Park Service has closed privately run marinas, restaurants and inns throughout the country and in some cases even posted guards to keep people from using them during the government shutdown, arguing that it doesn’t have the money, manpower or authority to let them operate.

But the moves, which likely have thrown thousands of people out of work, are drawing scrutiny from Congress and don’t rest well with many voters who believe the administration is making the effects of the shutdown worse than necessary.

On Friday, the Pisgah Inn on the Blue Ridge Parkway in North Carolina decided it would buck the Park Service’s order and remain open — only to find park rangers come and block the driveway to the inn to prevent anyone from entering.

Las Vegas, NV (KTNV) — The government shutdown is being felt close to home for some locals. They say they’re being forced out of private homes on Lake Mead because they sit on federal land.

Joyce Spencer is 77-years-old and her husband Ralph is 80. They’ve been spending most of their time in the family ice cream store since going home isn’t an option.

The Spencers never expected to be forced out of their Lake Mead home, which they’ve owned since the 70s, but on Thursday, a park ranger said they had 24 hours to get out.

The Stewart’s Point home sits on federal land, so even though the Spencers own their cabin outright, they’re not allowed in until the government reopens.

NEWBURYPORT — Pat Vaillancourt went on a trip last week that was intended to showcase some of America’s greatest treasures.

Instead, the Salisbury resident said she and others on her tour bus witnessed an ugly spectacle that made her embarrassed, angry and heartbroken for her country.

Vaillancourt was one of thousands of people who found themselves in a national park as the federal government shutdown went into effect on Oct. 1. For many hours her tour group, which included senior citizen visitors from Japan, Australia, Canada and the United States, were locked in a Yellowstone National Park hotel under armed guard.

The tourists were treated harshly by armed park employees, she said, so much so that some of the foreign tourists with limited English skills thought they were under arrest.

When finally allowed to leave, the bus was not allowed to halt at all along the 2.5-hour trip out of the park, not even to stop at private bathrooms that were open along the route.

Nobody was saying, ‘we’re sorry,’ it was all like — ” as she clenched her fist and banged it against her forearm.

The bus stopped along a road when a large herd of bison passed nearby, and seniors filed out to take photos. Almost immediately, an armed ranger came by and ordered them to get back in, saying they couldn’t “recreate.”

US Shutdown Cut In Half After Pentagon Recalls 400,000 Workers: Half Of All Furloughs

It took just four days before the Federal government caved to Congress and admitted that it can’t even operate in a partial, “non-essential” shutdown. A few short hours ago Defense Secretary Chuck Hagel ordered 400,000 furloughed Pentagon civilian employees – or about half the total defense employees – back to work. it is also roughly half of the total employees furloughed since the start of the government shutdown

Finally, all this happened hours after the House passed the Federal Employee Retroactive Pay Fairness Act, H.R. 3223, in a 407-0 vote: in an expected outcome. This means that the second the government is “restarted” all the furloughed workers will get all their accrued pay backdate to the start of the government shutdown. In other words: government workers just got an extended vacation, and one which may even result in double pay, as most furloughed employees can apply for and receive unemployment benefits, with the proviso that they refund any such compensation the BLS gives them once the furlough ends. Something tells us the BLS will be less than strict in enforcing said collection.

Sources inside Goldman Sachs have leaked an email indicating that President Obama has had secret meetings with Goldman and Co, “in order to arrange a new debt ceiling, or more accordingly a new line of credit.”

The email goes on to say that this would be “almost like a payday loan.”

Reuters reported, President Obama was scheduled to meet on Wednesday with top bank chief executives to discuss the government shutdown and the looming deadline to raise the nation’s debt limit.

“The Bank chiefs scheduled to meet with the President included Lloyd Blankfein of Goldman Sachs, Michael Corbat of Citigroup, Jamie Dimon of JPMorgan Chase & Co, and Brian Moynihan of Bank of America.”

As the email’s writer points out, for the President to hold meetings of this kind however, could violate the Antideficiency Act of 1870. The Act prohibits any government office holder from incurring any monetary obligation for which Congress has not appropriated funds. As NBC News pointed out just Wednesday,

“CNBC has learned that in several executive branch departments, high-level staff members review individual decisions about what government activities to allow for fear of running afoul of the Antideficiency Act. One White House official said he has advised his employees not to check their email or cellphones. Under the act, even volunteering for government service is expressly prohibited.”

Of course the other major issue here. Is the President asking for the heads of the nations largest banks to make short term loans to the U.S. government?

Anxiety as stimulus hike in food stamps set to end

CONCORD, N.H. (AP) – A temporary increase in food stamps expires Oct. 31, meaning for millions of Americans, the benefits that help put food on the table won’t stretch as far as they have for the past four years.

Food stamps – actually the Supplemental Nutrition Assistance Program – go to 47 million Americans a month, almost half of them children and teenagers.

The monthly benefits, which go to 1 in 7 Americans, fluctuate based on factors including food prices, income and inflation.

Families and providers worry the expiration of the stimulus bump comes at a particularly bad time:

– Though census figures from September show poverty remains stuck at around 22 percent, in some states, including New Hampshire, the number of children living in poverty is climbing.

– The House voted to cut almost $4 billion a year from the roughly $80 billion-a-year program in an effort to find savings in the budget. A Senate bill would cut around $400 million a year.

But the stimulus was never intended to be a permanent source of money, former U.S. Sen. Judd Gregg of New Hampshire said. He opposed the stimulus, calling it at the time “a great deal of money not well spent.”

“All stimulus funding was to be temporary,” Gregg, now the CEO of a banking industry group, said Wednesday.

John Cochrane, a professor of finance at the University of Chicago’s Booth School of Business, also opposed the stimulus, saying it advanced the false assumption that “completely wasted federal spending helps the economy.”

He said worries about people who need help were a legitimate concern but that food stamps create a disincentive to move to find a better job because recipients are worried they’ll lose the benefit.

The government is telling us to ‘be afraid! Our food stamp program will no longer feed you, your Medicaid will no longer get you medicine, our airports will no longer remain operational, our homeland security guys won’t be able to protect you against those boogey men terrorists who are hiding behind your sheds … you are going to starve, suffer and most likely drop dead. So be afraid! We ain’t got no money, and if we don’t raise this debt ceiling and print more money, you all are gonna die!’

And our people, amazingly, buy into all this. They don’t even look at the most obvious facts. Now isn’t that amazing?!

Afghanistan gets around $7 Billion= $7,000,000,000. Now, don’t mistake this for our money spent on our war in Afghanistan. That’s in the trillions of dollars.

Of course Israel gets quite a lion’s share. That goes without saying. They get nearly $3 billion=$3,000,000,000, in military aid and another large sum as financial aid for …

Egypt gets its $1 billion of our tax money…

Pakistan gets more or less $1 Billion….

Brace yourselves, Washington, D.C., drivers. Angry truckers are coming to town Friday as part of a three-day protest to “shut down America” and “restore our Constitutional Republic.”

Enraged by low wages, fuel prices, regulations, the government shutdown, the debt ceiling, President Obama and “the corruption that is destroying America,” the “Truckers Ride for the Constitution” aims to tie up three lanes of Interstate 495 circling the nation’s capital

Washington’s treatment of the government shutdown has been one of the most shocking moments of the Obama Administration.  After the issue of Obamacare prevented an agreement from being reached on a budget, and sent the government into shutdown, the Obama Administration decided upon a number of highly controversial actions, from closing national parks – even when state governments offered to take over their funding – to turning off the amber alert website.

This has caused many people to feel that the actions were taken out of spite, and that the administration was either throwing a temper tantrum or flexing its muscles, showing people not to oppose its ideas.

This has prompted a group of citizens to organize a march – planned for noon this Saturday in front of the Lincoln Memorial – to protest the Administration’s barricading of open-air parks and monuments.