Ron Paul On Iraq: “The ‘Liberation’ Neocons Would Rather Forget” 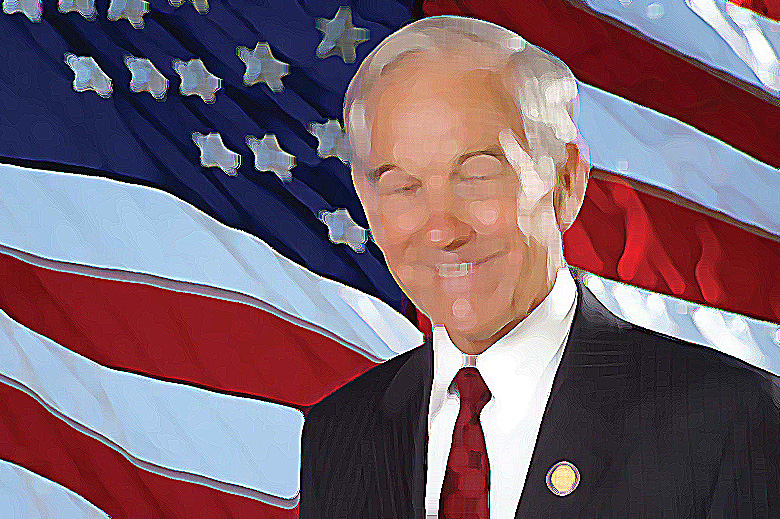 Shortly after the 2003 invasion of Iraq, the US military fired on unarmed protestors, killing as many as 20 and wounding dozens. In retaliation, local Iraqis attacked a convoy of US military contractors, killing four. The US then launched a full attack on Fallujah to regain control, which left perhaps 700 Iraqis dead and the city virtually destroyed.

According to press reports last weekend, Fallujah is now under the control of al-Qaeda affiliates. The Anbar province, where Fallujah is located, is under siege by al-Qaeda. During the 2007 “surge,” more than 1,000 US troops were killed “pacifying” the Anbar province.  Although al-Qaeda was not in Iraq before the US invasion, it is now conducting its own surge in Anbar.

For Iraq, the US “liberation” is proving far worse than the authoritarianism of Saddam Hussein, and it keeps getting worse. Last year was Iraq’s deadliest in five years. In 2013, fighting and bomb blasts claimed the lives of 7,818 civilians and 1,050 members of the security forces. In December alone nearly a thousand people were killed.

I remember sitting through many hearings in the House International Relations Committee praising the “surge,” which we were told secured a US victory in Iraq. They also praised the so-called “Awakening,” which was really an agreement by insurgents to stop fighting in exchange for US dollars. I always wondered what would happen when those dollars stopped coming.

Where are the surge and awakening cheerleaders now?

One of them, Richard Perle, was interviewed last year on NPR and asked whether the Iraq invasion that he pushed was worth it. He replied:

I’ve got to say I think that is not a reasonable question. What we did at the time was done in the belief that it was necessary to protect this nation. You can’t a decade later go back and say, well, we shouldn’t have done that.

Many of us were saying all along that we shouldn’t have done that – before we did it. Unfortunately the Bush Administration took the advice of the neocons pushing for war and promising it would be a “cakewalk.” We continue to see the results of that terrible mistake, and it is only getting worse.

Last month the US shipped nearly a hundred air-to-ground missiles to the Iraqi air force to help combat the surging al-Qaeda. Ironically, the same al-Qaeda groups the US is helping the Iraqis combat are benefiting from the US covert and overt war to overthrow Assad next door in Syria. Why can’t the US government learn from its mistakes?

The neocons may be on the run from their earlier positions on Iraq, but that does not mean they have given up. They were the ones pushing for an attack on Syria this summer. Thankfully they were not successful. They are now making every effort to derail President Obama’s efforts to negotiate with the Iranians. Just last week William Kristol urged Israel to attack Iran with the hope we would then get involved. Neoconservative Senators from both parties recently introduced the Nuclear Weapon Free Iran Act of 2013, which would also bring us back on war-footing with Iran.

Next time the neocons tell us we must attack, just think “Iraq.”

This article when posted on zerohedge.com garnered some very thought-provoking and enlightening comments:

LetThenEatRand: It was always about opening the oil fields to the multi-national oil companies.  They are making billions pumping oil from Iraq (Saddam had shut them out).  If you accept that it was always about this, it is easy to understand why they lied about everything else.

markmotive: The Iraq invasion simply unleashed a decade of hell.

We all know why the US really toppled Saddam. And it wasn’t because of his chemical weapons.

kridkrid: I think it had more to do with Iraqi oil being sold in dollars vs the euro, but either way, it had NOTHING to do with WMD or anything else our govt told us.

BuckarooBanzai: If the Iraq war was all about the Evil Oil Companies, then why has their ROI been so incredibly shitty on this “deal”?

Nope, it was about destabilizing secular Arab regimes in favor of Muslim extremists– the empirical track record is quite clear as every single secular regime has been taken down in the region with the exception of Syria…which only exists thanks to Russian intervention.

Who are the Muslim fundamentalists in the region who might have an interest in restricting oil supply?

LetThemEatRand:I’ll try one more time.  The MSM engages in daily propaganda.  They put up pretty p%$$y and preacher hair on Fox, and ugly lezbos and glasses wearing talking heads on MSNBC.  NYTimes puts up Krugman.  Murdoch puts up Kristol.  They divide us by party, Conservative vs. Progressive, Gay vs. Straight, Duck Dynasty versus Duck Fuckers, race versus race, poor versus “rich” (meaning people who make as much in a year as the oligarchs make in a day), pro-union versus anti-union.   The oligarchs/bankers are not Progressives and they are not Conservatives.   They are about power.  It’s not about money to them.  They have more than they can spend.  They are modern Royalty.  We all work for them.  We pay taxes for them, and we owe interest on our mortgages and credit cards for them.    When we open up a savings account, we give them more money to fractionally reserve.  When we buy stocks, we pay them.  When we buy bonds, we pay them.   Both parties put up candidates vetted and funded by them.   They laugh their asses off while being flown in private jets to the Hamptons and islands we never heard of that we blame each other for what’s wrong.   We know something is wrong, and it’s easier to blame each other than some unknown entity that most never see.   Unless and until the average guy sees that the Fed, the bankers, the oligarchs are the first and foremost problem, they will continue winning.

Savage has his moments but he’s too often caught up in the Conservative versus Progressive circle jerk in which you find yourself.

Let’s all agree to band together and End the Fed, and then let’s debate politics.  Guess what.  It will never happen.  So the politics debate is pissing in the wind.

7 thoughts on “Ron Paul On Iraq: “The ‘Liberation’ Neocons Would Rather Forget””