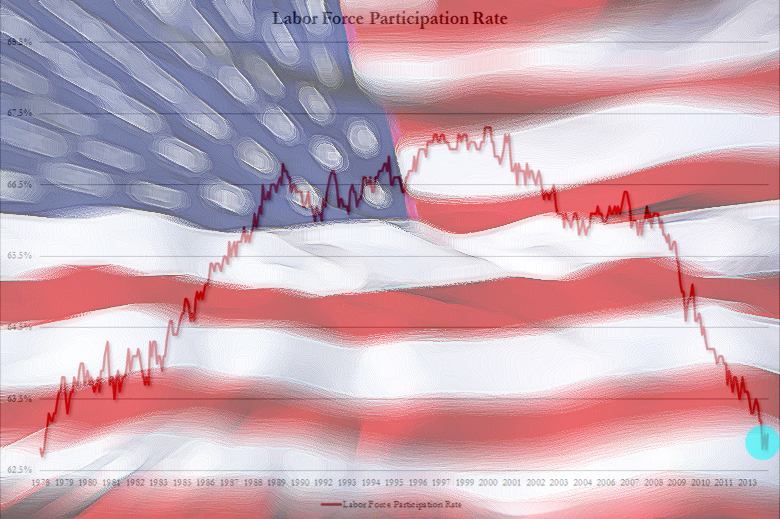 Again, as in anticipation of the prior months announcement, the mainstream pundits on the CNBC panel anxiously awaited the release of the highly inaccurate BLS survey data.

Since last months number of 74k was a huge disappointment based on expectations in the 180-200K range, (DeutscheBank had even gone so far as forecasting 250K) the talking heads were not only looking for a large upward revision to last month’s number but a bounce- back to a large number for January as they had dismissed the December disappointment as an anomaly due to the weather.

First off, since each previous month is ALWAYS revised the following month, how about just waiting until there is a more accurate compilation? Secondly, rather than relying on surveys, how about basing the data on real-time facts and figures such as payroll numbers rather than averaged-out statistics from phone surveys. And thirdly, how about not “seasonally adjusting” every number that is released?

Why can’t we simply digest real numbers. Aren’t we all well aware that is is colder in winter and hotter in the summer and at times there is inclement weather. Sometimes the weather affects things and sometimes it doesn’t. Wouldn’t real numbers help to see this rather than always compensating for the seasons? Having real un-manipulated data might make it easier to see the realities.  AHA? Is anyone starting to catch on?

So, before I digress, back to the numbers. Again, expectations were to the high side.

So much for the hope of either a surge in January jobs, or a massive upward revision in the December print. The January jobs number came out and at 113K, it was a huge miss to the expected 180K, but more importantly, the December number which was expected to be revised much higher was virtually unchanged at 75K, compared to 74K originally.

The unemployment rate, which has become largely irrelevant, dipped to 6.6% from 6.7%, just so Obama can get the brownie points for fixing the economy (for those who still actually believe this headline number).

However, judging by the market reaction this is hardly what the traders think. (High-Frequncy Trading Algorithms)

The Dow (which we by now know is for the most part disjointed from any fundamental realities) immediately dropped over 100 points only to turn green minutes later and finish the day up 165.55 .

Despite Dismal Jobs Report, “This” Is What Just Sent Equities Higher

Ugly jobs report in which not even the spin brigade could find anything to cheer, after even the BLS said the atrocious December print was not due to the weather when it did not revise the December number? No worries: here is what the market is using as a goalseeked justification to send the futures off its post report plunge lows to a level higher than where it was before the report. See if you can spot it:

That’s right – after years of ignoring the impact of the labor force participation rate, suddenly the market trading algos are so concerned about LFP they took the “surge” from the 35 year lows of 62.8% to 63.0% as the all clear signal that they can ignore all the other data in the NFP report and buy.

Another way of seeing this, is the number of people not in the labor force, which declined from an all time record 91,808 to 91,455 – just below the second highest ever.

BLS Revises Historical Job Numbers Higher By Half A Million: A Look At The “Before” And “After”

With the HFT brigade selling then buying, and trying to goalseek an explanation of why this happened after the fact, one key aspect of today’s release that was ignored is that the BLS just revised its Establishment Survey data, in the process changing all historical job numbers. To wit: “Establishment survey data have been revised as a result of the annual benchmarking process and the updating of seasonal adjustment factors.

Also, household survey data for January 2014 reflect updated population estimates.” As a result of this revision, while the monthly changes were not that dramatic, what happened is that the “stock” level of jobs as reflected in the Establishment Survey rose by half a million as of December 31, from 136,877 to 137,386.

And so all key historic data – from GDP in early 2013 to jobs – has now been revised to reflect a more rosy economy, and instill consumers with even more confidence in hopes they will spend, spend, spend.

1.3 Million People Fall Off Extended Benefits In Past Year

Some food for thought on that blue dot on the chart above… Congress’ failure to extend unemployment benefits for 1.3 million Americans may have forced some who were otherwise content to collect benefits as long as they were able to do so back into the work force, albeit at a much lower paying job than they’d prefer.

Americans React To End Of Jobless Benefits: “I Just Don’t Know What To Do, Except Pray”

One thought on “January Jobs : Let’s Look Under the Hood”