Obamacare:The Rule of Law or Lawlessness 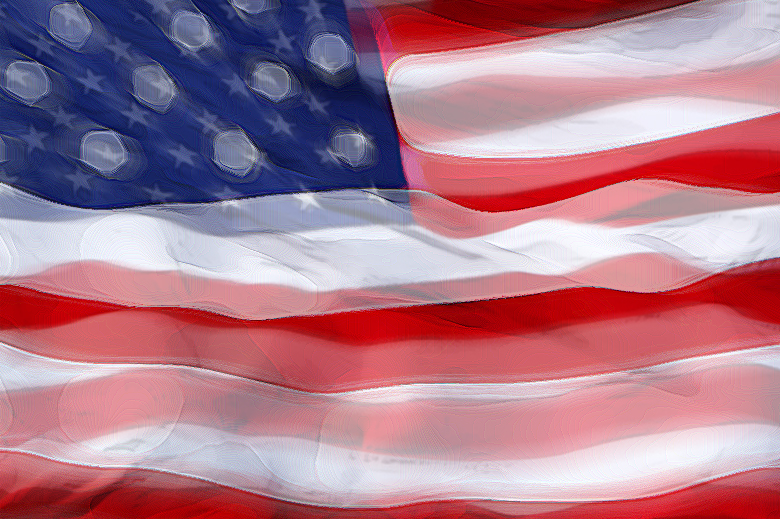 In a time where mere jet fighter fly-over during the National Anthem at a sporting event can prod the masses into a flag-waving “U-S-A” chant in the name of spreading freedom & democracy all over the planet, it is hard to get those same masses to see and realize that those who trample upon their liberty, freedoms and the Constitution the most are the very ones who raise their hand over the bible and swear to uphold and protect it. You may ask yourself which Constitution they are upholding and protecting? ‘Certainly not the one I’ve read and hold dear.

One such case is illustrated in the latest chapter of the ever-evolving debaucle known as Obamacare. (Official name: Affordalble Care Act – It is neither about affordability nor care-but that is for another post completely)

While the Founding Fathers may have been far from perfect they were in the very least brilliant. Without getting too long-winded here, they framed our system of government using the best ingredients from tried and tested  forms of government throughout history. Simply put, Our representative republic was set up under the Constitution to have a system of checks and balances throughout the three branches of our government, so that no one branch, namely the Executive could hold any unfair or unbalanced power over the others.The buck stops with the people, who were to have final say over their representatives in the government. In other words, the ultimate power lays in the hands of the people.

Wow! What a beautiful concept! Now, back to our reality.

OK, we are a nation of laws. There is a specific process in our nation by which laws are created. To keep this official, here’s the process.

How a Bill Becomes a Law

A bill may begin in either the House or the Senate except for money bills, which must be introduced in the House.

1. Bill is Drafted: Members of Congress, the Executive Branch, and even outside groups can draft (write or draw up) bills.

2. Introduced in House: Representative introduces the bill in the House. Only members can introduce bills.

3. Sent to Committee: The Speaker of the House sends the bill to a committee.

4. Committee Action: Most bills die here. The committee may pigeonhole, table, amend, or vote on the bill. If bill passes, it goes to Rules Committee.

5, Rules Committee: It decides the rules for debate, and when the bill will come up for debate.

6. Floor Action: House debates the bill, and may add amendments. If a majority votes in favor of the bill, it goes to the Senate.

7. Introduced in Senate: A Senator introduces the bill, which is sent to a committee.

8. Committee Action: Same procedure as in the House. If the committee majority votes for the bill, it goes to the whole Senate.

9. Bill Called Up: Majority floor leader decides when the whole Senate will consider the bill.

10. Floor Action: The Bill is debated, and amendments may be added. If a majority votes in favor of the bill, it is returned to the House.

11. Conference Committee: If the House rejects any of the changes, the bill goes to a conference committee of members from both houses. It works out a compromise.

12. Vote on Compromise: Both houses must approve changes made by the conference committee. If approved, the bill goes to the president.

13. Presidential Action: The president may sign (approve) the bill or veto (reject) it. If approved, it becomes law.

14. Vote to Override: If the president vetoes the bill, it can still become law if two thirds of both houses vote to override the veto.

Or if you are around my age, you may have become familiar with it by the SchoolhouseRock version:

Let’s jump to the point where the Obamacare bill, 10,535 pages of legislation (penned mostly by lawyers and lobbyists for the healthcare and pharmaceutical industries that will change healthcare as we know it) was pushed through Congress with the help of Nancy Pelosi’s urging, before anyone had actually had a chance to read it!?? ( I am now reading the book 1775-A Good Year for Revolution that my son gave me for Christmas. Between work and such, I am on page 98.)

That’s painful. We allow these clowns to corral us. Anyhow, so…….

Once a bill is signed into law it becomes the Law of the Land.

The President or anyone else for that matter cannot just go back and make changes and exemptions at will. This has been the case ever since this law’s passage and especially since the premature launch of Healthcare.gov. To make changes, a law needs to go back to Congress to be amended or struck down. The president has been making changes, granting exemptions and basically moving the goalposts in response to blowback. Is there anyone who will stand up to this abuse of his executive authority?

Another day, another lawless exemption, once again for business.

‘ObamaCare” is useful shorthand for the Affordable Care Act not least because the law increasingly means whatever President Obama says it does on any given day. His latest lawless rewrite arrived on Monday as the White House decided to delay the law’s employer mandate for another year and in some cases maybe forever.

ObamaCare requires businesses with 50 or more workers to offer health insurance to their workers or pay a penalty, but last summer the Treasury offered a year-long delay until 2015 despite having no statutory authorization. Like the individual mandate, the employer decree is central to ObamaCare’s claim of universal coverage, but employers said the new labor costs—and the onerous reporting and tax-enforcement rules—would damage job creation and the economy.

Most employers won’t face a fine next year if they fail to offer workers health insurance, the Obama administration said Monday, in the latest big delay of the health-law rollout.

The Treasury Department, in regulations outlining the Affordable Care Act, said employers with 50 to 99 full-time workers won’t have to comply with the law’s requirement to provide insurance or pay a fee until 2016. Companies with more workers could avoid some penalties in 2015 if they showed they were offering coverage to at least 70% of full-time workers.

The move came after employers pressured the Obama administration to peel back the law’s insurance requirements. Some firms had trimmed workers’ hours to below 30 hours a week to avoid paying a penalty if they didn’t offer insurance.

(CNSNews.com) – President Barack Obama’s Treasury Department issued a new  regulation today that for the second time directly violates the plain and unambiguous text of the Patient Protection and Affordable Care Act by allowing some businesses to avoid the law’s Dec. 31, 2013 deadline to provide health insurance coverage to their employees.

Last summer, the administration unilaterally moved this hard statutory deadline back one year to 2015 for all employers with more than 50 full-time employees. Now, without any action by Congress, the administration is moving it back again for some employers—despite the plain language of the law.

Krauthammer on Obamacare employer mandate delay: “This is stuff you do in a banana republic”

But generally speaking you get past the next election by changing your policies, by announcing new initiatives, but not by wantonly changing the law lawlessly. This is stuff you do in a banana republic. It’s as if the law is simply a blackboard on which Obama writes any number he wants, any delay he wants, and any provision.

It’s now reached a point where it is so endemic that nobody even notices or complains. I think if the complaints had started with the first arbitrary changes — and these are are not adjustments or transitions. These are political decisions to minimize the impact leading up to an election. And it’s changing the law in a way that you are not allowed to do.

….And while not exactly ” in context” here the following quote does exemplify this president’s attitude toward his power without regard to Congress:

Obama: ‘I Can Do Whatever I Want’

At 4:45 POTUS and president Hollande walked out from a portico and strolled in Front of your pool with Leslie Bowman, president of the Monticello Foundation. Looking at a terrace she said that Jefferson loved to admire the landscape from there. POTUS said that he’d like to take a look and seemed delighted to “break the protocol”.
“That’s the good thing as a President, I can do whatever I want” he quipped, walking to the terrace with his guest and Ms. Bowman. Pool now in the mansion as the leaders will come and visit Jefferson’s study.

The comment came around the time the White House announced it would be delaying the Obamacare mandate for some businesses unilaterally.

The French president is here in the U.S. on a state visit. (oddly enough, after not being able to repatriate Germany’s Gold, The US and France maintain a large presence in Mali and the Sudan-large gold mines………)

So Again, will anyone, Congress, Senators, some people? stand up to this?

WASHINGTON, DC – House Speaker John Boehner (R-OH) released the following statement after the administration announced that the president has again unilaterally altered the implementation of ObamaCare.

“Once again, the president is giving a break to corporations while individuals and families are still stuck under the mandates of his health care law. And, once again, the president is rewriting law on a whim. If the administration doesn’t believe employers can manage the burden of the law, how can struggling families be expected to? This continued manipulation by the president breeds confusion and erodes Americans’ confidence in him and his health care law.  We need fairness for all, with relief from ObamaCare for every American.”

It seems, as usual, there will be an abundance of theatrical talk and balk but when it comes to any real action…. “fooled you again!”

For more on Obamacare:

For fans of nostalgia, like myself…..Here are some simple principles, simply put by School House Rock

3 thoughts on “Obamacare:The Rule of Law or Lawlessness”