Thoughts & Musings on the Real Economy 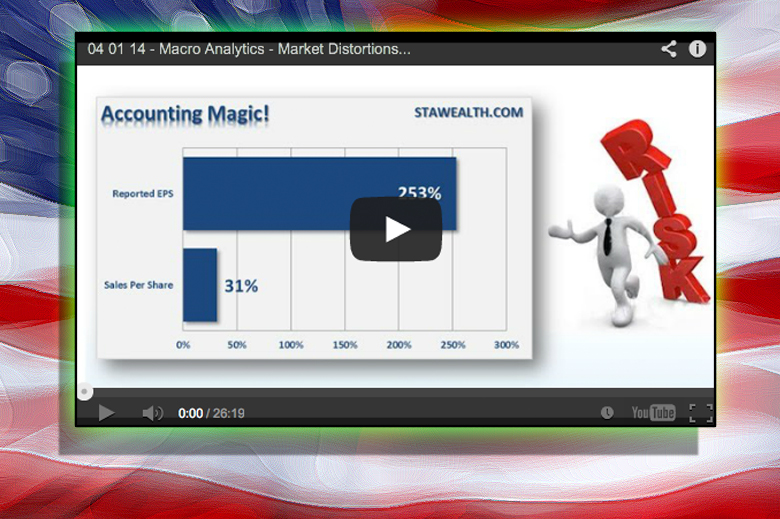 Thoughts & Musings on the Real Economy

For some time now it has been quite evident at least to some, especially those in alternative media that the artificially manipulated interest rates and Fed money-printing of QE have served the large banks and hedge funds more than the actual economy or the man on the street. It has served to save the banks and prop up the markets and done little else.

Actually it has punished savers. Back in the days of “normal interest rates” when saving for a house I can remember anxiously awaiting the monthly statement for our Money Market account. At that time we’d make $300-$400 in interest per month if I recall correctly. Now almost twice the amount held in a MM account is pulling in on average @ $45 a month. The way I look at it, the Fed’s policies are robbing us of those interest earnings each month, not to mention inflation…..

It is heart-breaking to try and teach my hard-working teenager to save her money and watch it grow. Last month’s spurt was a measly $1.01.That is a crime! My heart goes out to those seniors who are trying to survive on their nest egg.

By goosing the markets the Fed had hoped to fuel more spending by creating a wealth effect. All those who lost half of their retirement savings in the 2008 meltdown crisis can look at their 401K balances and think they were back to where they were in 2007, right? But 2014 Dollars are not worth what 2007 Dollars were as can be seen for example by average price of USDA choice-grade beef having soared to $5.28 a pound. You cannot believe official inflation numbers when they do not include food and energy, the two most consistent consumer expenditures. Also, being “back to where you were” doesn’t take into account 5 years of no growth.

Easy Money and Credit is the name of the Game. It is how the nation has been able to live well beyond its means while running up huge amounts of debt.

Americans themselves as well have grown accustomed to living on credit beyond their means. The Housing Bubble that eventually burst was an attempt to boost the economy with easy credit to stimulate more demand for housing. NO-money-down, no-doc mortgages as well as HELOC financing of purchases fueled the boom that would eventually burst. All-time record low interest rates have failed to re-inflate the housing market this time around as a large percentage of purchases have been all-cash/no-financing sales to institutions. That in conjunction with foreclosed homes and bad debts being held off the market has kept home prices afloat.

It seems the lesson is easily forgotten as the same easy/cheap-money strategy is now being used to create demand for autos that have been channel-stuffed to dealers’ lots and must be moved. The average American cannot afford the average 30-40-$50K price tag of a new car and its maintenance, so they simply buy monthly payments by stretching a loan for as long as 6, 7 or even 8 yrs or simply signing a no-money-down lease. One may not realize how much they will end up paying in the long run and at the end of the lease they are left not with a car they now own but only the opportunity to start another cycle of endless payments.

Dealers appear desperate to move the inventories pushed to them by the automakers. Personally, I’ve received trade-in offers in the mail from the dealership where I purchased my vehicle nearly eight years ago. To top it all off, I got a phone call from a sales associate urging me to bring in my 2006 model as they are eager to add it to their used inventory lot and put me into a newer model.

The Fed’s policies are reckless and will eventually cause a lack of faith in the Dollar. This is already underway. What will happen to our lifestyle when the $50 to fill up the tank turns into $150 and the wake of a drastically devalued dollar spreads throughout the entire economy?

The Emperor Has No Clothes

The Powers-That-Be have used the markets to create the illusion of a recovering economy.

As of late, it is becoming permissible to hint that the record highs being reached in the stock market are indeed attributed to the Fed’s money-pumping policies. For quite some time this idea has been trumpeted by those in the alternative media but can no longer be ignored and ridiculed by those in the mainstream.

Until most recently the mere mention of such a crazy conspiratorial idea could get you erased from the annals of history. Shocking – What Pento Said To Get Him Erased From CNBC  I had seen this panel interview live and was shocked to see Michael Pento blow holes in the other’s explanations of the market levels. The Ministry of Truth was on it in no time and the clip cannot be found on the CNBC web-site. (Therefore, it never happened)

In the following interview, Gordon T Long of Macro Analytics and his guest, Lance Roberts discuss Market Distortions due to corporate buybacks and dividends. They cover:

More On The Inflated Market

At her first press conference as the new Fed Chairperson, Janet Yellen mistakenly blurted out that interest rates may be allowed to rise in about six months time after the end of QE. This sent markets reeling and in no time she and other Fed mouthpieces were back-peddling assuring the markets that the free-easy money would keep flowing.

They have no choice so they keep moving the goalposts.

“The market is an artificial fabrication,” Universa’s Mark Spitznagel warns in this brief but revealing interview, adding that “to think this can persist is simply naive.” Talking to Maria B on FOX, Spitznagel thinks the market could be cut in half if the Fed stepped away now and points out the fallacy of a belief in any persistent tapering as the Fed will step right back if the market goes down.

James Montier: “The Market Is Overvalued By 50%-70%” And “Nothing At All” Is Attractively Valued

Montier packs no punches, and says that the market is now overvalued by 50% to 70%, adding that there is “nothing at all” that has an attractive valuation, and that he sees a “hideous opportunity set.”

“there is reason to be cautious… a lot of the earnings are sort of artificial.” … “with these low interest rates it’s easy to fake earnings… and I don’t think that can continue forever.”

While Janet Yellen fell back on the ubiquitous central banker statement that she “would do all that [she] can” it was Dallas Fed’s Richard Fisher who raised the most eyebrows yesterday. In a speech in Mexico City, the central banker said he was concerned about “eye-popping levels” of some stock market metrics warning that the Fed must monitor the signs carefully to ensure bubbles were not forming.

Duration Risk: Why “Tapering” Is a Mirage and the Fed May Be Loosening Instead

John Butler made an interesting comment in his recent interview with the Financial Sense Newshour. He said, when you look at the Fed’s balance sheet, one can argue that the Fed really isn’t pulling back on its stimulus to the markets at all. In fact, Butler explained, it may actually be loosening instead:

“The Fed may be tapering its purchases in nominal dollar amounts but in terms of the amount of interest rate risk it is assuming vis-à-vis the private commercial banking system, actually the Fed is continuing to assume additional interest rate risk at an elevated rate. And so from a bank balance sheet or liquidity management perspective, Fed policy is no tighter today than it was last year. And I can’t stress this point enough: It’s just as loose today as it was pre-taper…and arguably looser depending on how you define interest rate risk.”

And Lastly, another perspective from Peter Schiff……