Russia Sends Second Humanitarian Convoy Into Ukraine, And Nobody Says A Word 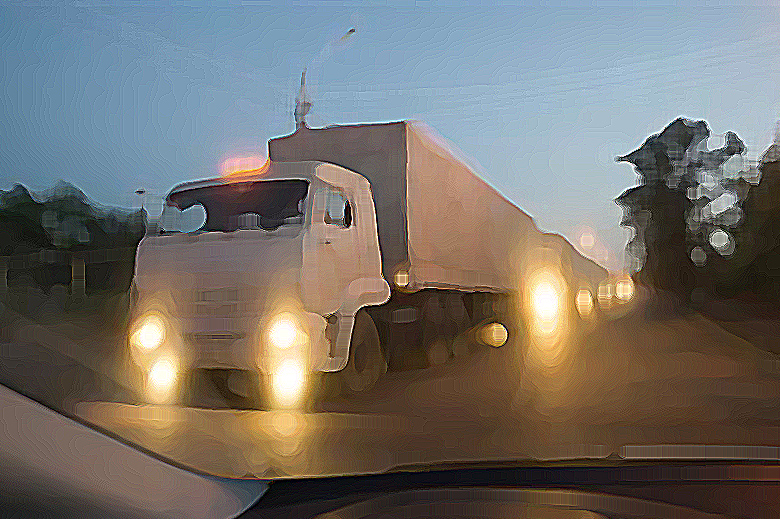 About a month ago, when Russia sent a humanitarian convoy to aid ethnic Russians in east Ukraine, the Western world, and of course the mainstream media, screamed bloody murder, with everyone from NATO to the Kiev government declaring it, without a shadow of a doubt, an invasion, a Trojan Horse, and a convoy of arms deliveries for the rebels caught in the Ukraine civil war, not necessarily in that order.

Nobody thought it could possibly be just that: a convoy of humanitarian aid delivering provisions to hundreds of thousands of civilians caught in the middle of a war. Then finally, after weeks of delays, the convoy was allowed in and after unloading its cargo, promptly returned to Russia without a single incident.

Fast forward to today, when hours ago Russia sent a second humanitarian convoy into east Ukraine, which entered without enter the approval of Kiev or the oversight of the Red Cross and nobody said a word.

As if all the posturing and warmongering rhetoric have long since departed the Ukraine, now that the US is fully engaged in yet another war, this time not a proxy civil war but one involving doing Qatar’s natural gas pipeline bidding once more, meaning it is time to conclude what was started in early 2013 and once again try to dethrone Syria’s Assad so that the all important Gazprom-displacing pipeline from the middle east can finally make its way to Europe, aided by a soon to be new, pro-US government in Syria.

But back to Ukraine where the second convoy barely made news and the details about it were only revealed several paragraphs deep inside this AP article about ongoing fighting near the Donetsk airport:

On Saturday Russia also sent a convoy across the border of Ukraine, loaded with what Russian reports said was humanitarian aid, without the approval of Kiev or oversight of the international Red Cross. A similar convoy in August was loudly condemned by Ukrainian officials as an invasion, but this time around Lysenko simply called the move “illegal.” The country’s top leaders have remained silent, underscoring how dramatically the mood has shifted in the Kiev government since a cease-fire deal was struck……..

Even the AP is confused by the change in rhetoric:

In August, Ukrainian officials said that a first convoy of humanitarian aid from Russia would be seen as an invasion of the country, and loudly protested any attempts by Russia to unilaterally bring in the aid…….

Back in Kiev, the confused Western-puppet government, while reiterating the generic talking points, had no idea how to frame the second Russian humanitarian “invasion” so it just kept silent….

One must find it ironic how after over a year of supplying arms and training “rebels”, fabricating  more lies about chemical weapons attacks (same playbook again) to try to topple the Assad regime in Syria, ISIS has “popped up out of nowhere” to lead the US military right to Assad’s doorstep.

None of these hard follow-up questions are asked or dots are connected by the mainstream media, more than likely due to the importance of breaking down every detail of the Ray Rice case and the NFL.

Exactly one year ago Obama proposed to take Bashar Al Assad to the woodshed because he had allegedly unleashed a vicious chemical attack on his own citizens. That was all pretext, of course, because even the CIA refused to sign-off on the flimsy case for Assad’s culpability at the time—-a reluctance corroborated since then by the considerable evidence that hundreds of Syrian civilians were murdered during a false flag operation staged by the rebels with help from Turkey. The aim of the rebels, of course, was to activate American tomahawk missiles and bombers in behalf of “regime change”, which was also the stated goal of the Obama Administration.

Now the White House is threatening to bomb Syria again, but this time its “regime change” objective has been expanded to include both sides! In 12 short months what had been the allegedly heroic Sunni opposition to the “brutal rule” of the Assad/Alawite minority has transmuted into the “greatest terrorist threat ever”, according to the Secretary of Defense.

So Obama has already unleashed the drones and surveillance apparatus to identify targets of attack that will help bring down a regime in northern and eastern Syria—the so-called Islamic State—which did not even exist a year ago. And a regime that is now armed to the teeth with America’s own latest and greatest weaponry as previously supplied to the disintegrated Iraqi army and the Syrian rebels trained by the CIA in Jordan.

So Washington should call off the bombers and get out of harm’s way. The American Imperium has failed and the prospect of bombing both sides of an irrelevant non-country’s ancient tribal wars ought, at last, to make that much clear.