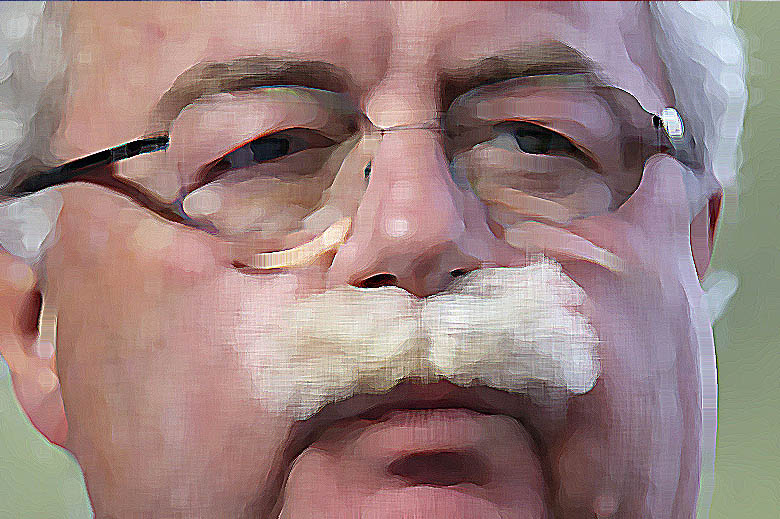 Three months ago, the CEO of Total, Christophe de Margerie, dared utter the phrase heard around the petrodollar world, “There is no reason to pay for oil in dollars,”  as we noted here. Today, RT reports the dreadful news that he was killed in a business jet crash at Vnukovo Airport in Moscow after the aircraft hit a snow-plough on take-off. The airport issued a statement confirming:

According to preliminary data, the light aircraft collided with a snow-cleaning machine on takeoff, a source at the capital’s airport told RIA.

The aircraft was sending distress signals while still in the air and reporting an engine fire and fuselage damage, LifeNews reports. Upon crashing on the runway, the aircraft was engulfed in flames, reportedly killing everyone on board.

While initials reports suggested four people died in the tragedy, officials report that five bodies were found at the crash site, one allegedly being the driver of the snow-cleaning vehicle.

“A criminal investigation has been opened into the violation of safety regulations after a light aircraft crash in the capital’s Vnukovo airport,” transport official Tatyana Morozova told RIA.

An investigative group is working at the crash site, Morozova added. In addition to people who were on board the plane, she said, the driver snowplow was killed.

As it turns out, the driver who was accused of being drunk at the time is still alive and his lawyer claims he denies being intoxicated.

De Margerie had recently expressed his support for a wider use of other currencies in transactions outside the US – for oil purchases in particular – after the scandal involving France’s largest bank, BNP Paribas, which was slapped with a record $9 billion fine and a 1-year dollar trading ban.

Christophe de Margerie, the CEO of Total (the world’s 13th biggest oil producer and Europe’s 2nd largest), believes “There is no reason to pay for oil in dollars.” Clearly, based on his comments, that we have passed peak Petrodollar.

Oil major Total’s chief executive said on Saturday the euro should have a bigger role in international trade although it was not possible to do without the U.S. dollar.

Christophe de Margerie was responding to questions about calls by French policymakers to find ways at EU level to bolster the use of the euro in international business following a record U.S. fine for BNP.

“There is no reason to pay for oil in dollars,” he said. He said the fact that oil prices are quoted in dollars per barrel did not mean that payments actually had to be made in that currency.

So even a major beneficiary of the status quo appears to see the end in sight for the Petrodollar.

Furthermore, despite Western-imposed sanctions on Russia that prohibit western financing and technology transfer to some Russian energy projects, Total is continuing to pursue a natural gas project in Yamal, a joint venture with Russia’s Novatek and China’s CNPC.

“Can we live without Russian gas in Europe? The answer is no. Are there any reasons to live without it? I think – and I’m not defending the interests of Total in Russia – it is a no,” the Total boss told Reuters back in summer.

In a Moscow speech hours before the plane crash that took his life two days ago, de Margerie said U.S. and European Union sanctions on the country were “unfair and unproductive,” and that he opposed efforts to render it “isolated from the major global economic and political process.”

De Margerie’s death removes from the scene a businessman who rarely shied away from geopolitical debates and became one of Russia’s most outspoken allies in its efforts to avoid economic quarantine, willing to say what others only dared think. Although European corporate giants from Siemens AG to Renault SA (RNO) have built close relationships with Russia, most business leaders have preferred to keep their lobbying private to avoid offending governments committed to punishing Putin.

….Since taking over as CEO in 2007, de Margerie repeatedly told audiences at the endless conferences he attended around the world that meeting the growth in global energy demand would be impossible without Russia’s vast reserves.

Vladimir Martynenkov’s lawyer insisted his client was not guilty of causing the air crash which killed Christophe de Margerie and three others and totally denied the ‘groundless’ accusation that Mr Martynenkov was drunk.

The denials seem to imply Mr Martynenkov believes he is being framed. After 24 hours in detention so far, he is today expected to be formally arrested, allowing investigators to question him over a longer period.

He and air traffic controllers will be tested for alcohol and drugs, said the Russian Investigative Committee.

Investigators have also since turned the spotlight on senior officials at Vnukovo airport. Several are likely to be suspended later today amid fears they could ‘interfere with the investigation’.

But initial claims that he was drunk at the wheel of his snowplough appear to have been put aside as investigators pursue new suspicions that ‘criminal negligence by officials’ was behind the tragedy.

A source told RIA Novosti news agency that a trainee flight controller was in charge of the taxiing of Mr de Margerie’s aircraft at the moment it collided with the snowplough.

Vladimir Markin, a spokesman for the Investigative Committee, said: ‘It is already obvious that the cause of the events was not at all a horrific tragic confluence of circumstances, which is how representatives of the airport are trying to present it, but criminal negligence by officials who could not ensure the coordinated actions of airport employees.’