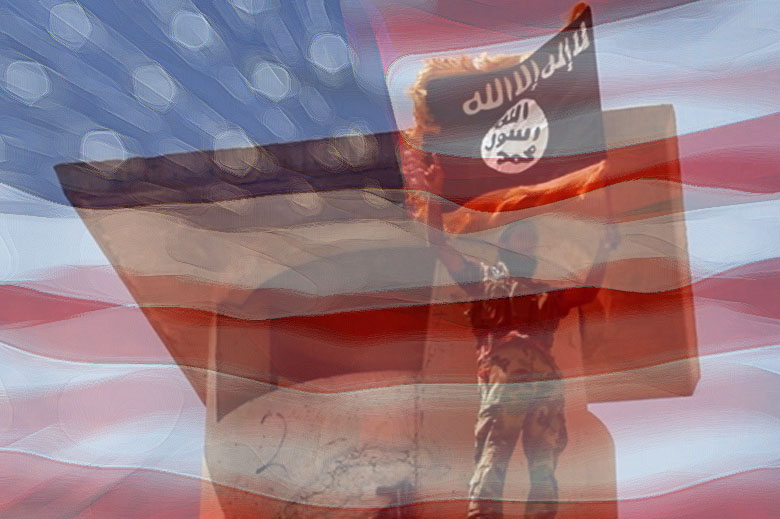 There’s no shortage of speculation about the possible role the West plays in funding, arming, and otherwise assisting Islamic State.

The theories range from the outright conspiratorial (the CIA created and to this day supports the group) to the probable (the US and its allies saw the establishment of a Salafist principality in Syria as a potentially destabilizing event for the Assad government and so initially encouraged Islamic State’s rise, only to face the worst case of blowback the world has ever known).

Recent revelations about Turkey’s role in facilitating Islamic State’s 45,000 b/d illicit oil trade have only added fuel to the fire and little by little, the Western public is starting to wake up to the fact that ISIS is more than the progeny of Abu-Mus’ab al-Zarqawi – it’s an entity that enjoys a great degree of state sponsorship.

The question is this: which states ultimately participate in the conspiracy?

One way to track down possible collaborators would be to go unit by unit through the network of regional affiliates that comprise Islamic State’s vast propaganda machine:

The group should have a sizeable digital footprint given how active its followers are on Twitter and given the fact that ISIS distributes some 40 pieces of propaganda each day in various formats, most of which is disseminated on the web.

With that in mind, we bring you an interesting story from The Mirror who reports that “a number of Islamic State supporters’ social media accounts are being run from internet addresses linked to the UK Department of Work and Pensions.”

“A group of four young computer experts who call themselves VandaSec have unearthed evidence indicating that at least three ISIS-supporting accounts can be traced back to the DWP’s London offices,” the paper says, adding that “at first glance, the IP addresses seem to be based in Saudi Arabia, but upon further inspection using specialist tools they appeared to link back to the DWP.”

The Mirror did its own investigating and found that the IP addresses in question were sold by the British government as part of a larger deal to two Saudi Arabian firms.

“After the sale completed in October of this year, they were used by extremists to spread their message of hate,” the paper concludes.

Asked why the addresses still pointed back to the British government (which, you’re reminded, is bombing the ISIS home office in Raqqa), an “expert” told The Mirror that the “records of the addresses had not yet been fully updated.”

As for the UK government, here’s the official line:

“The government owns millions of unused IP addresses which we are selling to get a good return for hardworking taxpayers.

“We have sold a number of these addresses to telecoms companies both in the UK and internationally to allow their customers to connect to the internet.

“We think carefully about which companies we sell addresses to, but how their customers use this internet connection is beyond our control.”

An article that appeared on Medium yesterday lumps VandaSec in with several other hacker groups who have answered Anonymous’ call to wage cyber war on Baghdadi’s caliphate. “Operation ISIS (OpISIS) is a project, launched by Anonymous hacktivists, for the purpose of countering terrorist activities online,” Canidce Lanier writes. “Over time, there have been various Anonymous factions involved in OpISIS, including GhostSec, Binary Sec, VandaSec and CtrlSec.”

UK security minister John Hayes has said he is “grateful” for the actions of hackers including Anonymous who have targeted Islamic State.

The minister was asked by Keith Vaz, the chairman of the committee. “A lot of radicalisation happens online. Are you grateful from the support you receive from online activist groups that seek to take down the Twitter accounts of Daesh supporters?

Hayes told the MPs the activitiy of radical Isamist groups online was “immense”. He added: “I am grateful for any of those who are engaged in the battle against this kind of wickedness.”

That was three weeks ago. We wonder if Hayes is still “grateful.”

This Just In:
Washington Redskins drop “Washington” from their name as it is offensive to most Americans