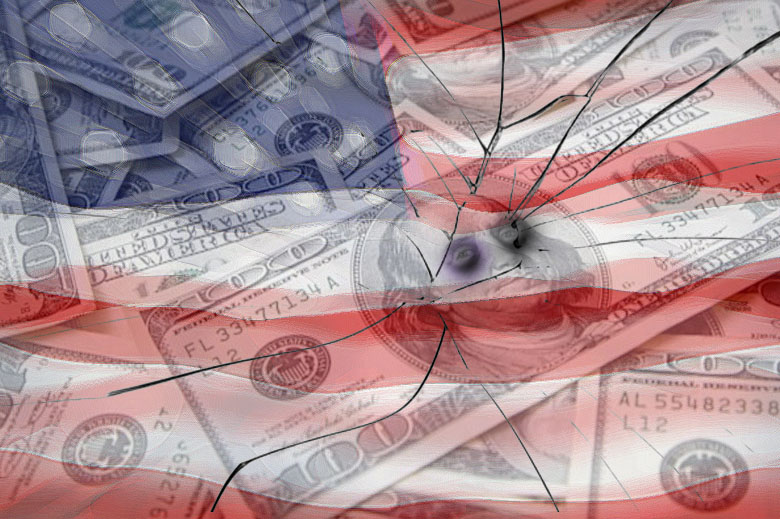 DoubleLine’s Gundlach says ‘central banks are losing control’ …  Jeffrey Gundlach, the chief executive of DoubleLine Capital, said on Tuesday investors are dropping risky assets and turning to safer securities including Treasuries and gold because they are losing faith in central banks.  –Reuters

There is definitely considerable negativity about central banking in the mainstream media these days.

This is surprising, on the one hand, because central banking provides the foundation of the current economic system, worldwide.

On the other hand, such negativity may be signaling far worse.

Our theory, for years has been that the central banking system is presented as something that is economically positive when, in fact, it is quite negative and responsible for the gradual collapse of Western prosperity.

The mainstream media makes no real reference to the state of the West – or the world – when it comes to the larger economy.

China is collapsing. The European Union is half-bankrupt. The US is in a kind of depression.

But until recently the system that has created this mayhem has been treated as a kind of eternal or natural constant, like the sky or the moon or the sun.

Now however, with half the West running on negative interest rates, the cracks cannot be papered over.

The recent Bilderberg meetings apparently focused in large part on the economy.

Disaster was predicted and preparations were made.

In fact, this is how economies and economic systems “evolve.”

This is quite unusual. In past times, investment banking was blamed. Wall Street was blamed. Commercial banks were blamed. Now central banks are blamed.

If these powerful forces did not want central banking to be criticized it would not be.

One reason is because reality demands this criticism. Central banking is a dysfunctional discipline. It seeks to fix the value and volume of “money.”

Eventually such price-fixing creates a crisis in any industry exposed to it.

The monetary economy is in crisis.

Ordinarily, we would expect that fingers would be pointed elsewhere. But this is not the case.

Increasingly, central banks themselves are being blamed.

This only means one thing to us. Central banks are being blamed for a reason.

And the plan is to realign them. And probably combine them.

Out of many, only a few. The explanation will be that the banks are not big enough. Or that there are too many of them and the numbers need to be reduced.

The man known on Wall Street as the ‘Bond King’ is one of the first heavyweight investors to publicly raise red flags about the credibility of major central banks, including the U.S. Federal Reserve, as countries struggle to manage economic growth.

“Central banks are losing control and they don’t know what to do … just like the Republican establishment and Donald Trump,” Gundlach told Reuters in a telephone interview, referring to the Republic Party’s unpredictable presumptive nominee for U.S. President.

… He added that negative interest rates “aren’t leading to higher economic growth.” He said world gross domestic product could be averaging around just 1 percent against the backdrop of aggressive global monetary policies.

This sort of talk prepares us for something worse. Gundlach himself warns of a “rocky summer.”

But if we continue to see this sort of central bank bashing, it would indicate to us that a theme is emerging.

This time perhaps, the damage will be so significant and the chaos so severe that central banks themselves will be blamed. Institutionally, this has not happened before in the modern era.

Those who have the power to rearrange the system will only cast blame in this direction if they intend to generate a major realignment.

We’ve already pointed out that various unsigned mega-trade agreements like TIP are ushering in a new kind of international operating system.

This is one we have called “corporatism,” in which various corporations will gradually accrue more power than nation-states themselves. The leading figures of the future are to be technocrats, highly competent and entirely subservient to the new system.

Within this context it could be that central banking is about to be rearranged as well.

The last time this happened was after World War II when the International Monetary Fund, World Bank and the United Nations all emerged from a series of rapid-fire elite conferences.

At the time, the famous socialist economist John Maynard Keynes argued for an international money as well, which he wanted to call the bancor. Keynes is no longer alive, but one way or another, perhaps he will get his wish.

Conclusion: The criticism of mainstream banking seems to us unprecedented. Something is going to happen. We’ve recommended that people prepare for it. Purchasing precious metals is one potential solution.