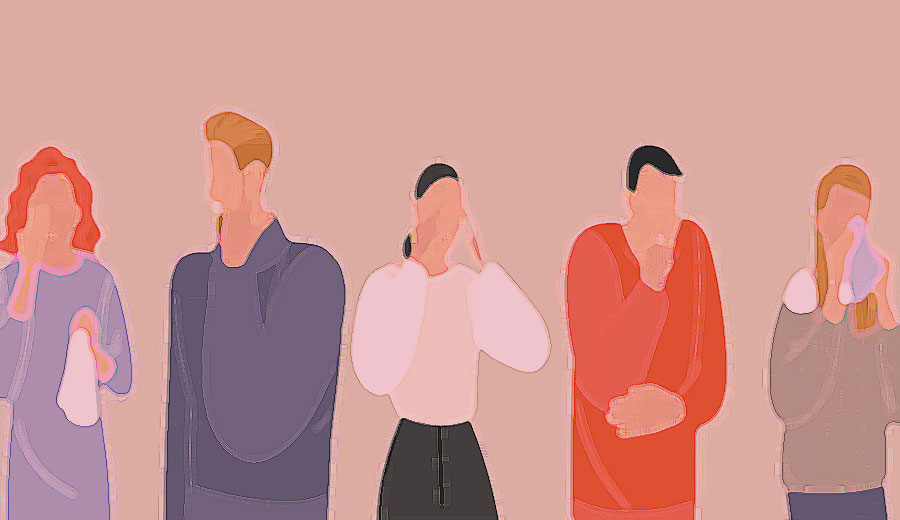 by Kit Knightly via Off-guardian.org

The government are creating a “new wave” just in time for Christmas, and they’re using the same trick they used last time.

They are determined to make the “Omicron Variant” appear as frightening as possible, that means getting as many cases as possible, which means flipping all the way to the front of the Covid playbook.

Enter “The 5 Signs You May Have Omicron Covid”, an article in the Metro yesterday, and repeated in spirit across dozens of other outlets.

For those of you feeling morbidly curious, here are the five signs of Omicron:

The astute reader will no doubt pick up that these are the symptoms of every single one of the common cold viruses that infect millions of people all over the world every single year.

It’s just the old Simpsons joke about “mild hunger, occasional thirst and tiredness at night”, only they expect us to take it seriously.

The odds are you’ve experienced these symptoms at least once or twice in the last year or so. This does not mean you had Omicron. It does not mean Omicron even exists.

Rather, it’s just a ploy to get you to follow government guidance and, in the words of the article:

order a free PCR test as soon as possible”.

The government site for ordering PCR tests has already shut down due to millions of requests. We have repeated, ad infinitum, that these tests are scientifically meaningless, and return huge numbers of false positives.

Nevertheless, hundreds of thousands of PCR tests are being done on people with nothing but mild cold symptoms as we speak, and in these nasal swabs lies the incipient “Omicron wave”.

That is why Sajid Javid is going on TV saying he expects cases of Omicron to “dramatically increase” in the run-up to Christmas, because they are going to make it happen.

Then they’ll probably have the Prime Minister announce new restrictions…just after Parliament adjourns for the Christmas break, so they can’t be reviewed or voted on.

VIDEO: Dr. Sam Bailey explains why the PCR test is practically worthless to identify the presence of an actual live virus – the differences between a test and a condition and much more.

We Are Being Lied To! Here Is How…

Most importantly, the judges ruled that a single positive PCR test cannot be used as an effective diagnosis of infection.

The Epidemic That Wasn’t -Following the Same Playbook?