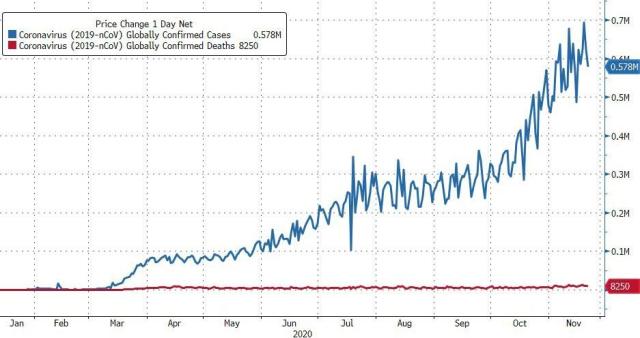 Some of the nation’s leading public health experts are raising a new concern in the endless debate over coronavirus testing in the United States: The standard tests are diagnosing huge numbers of people who may be carrying relatively insignificant amounts of the virus.

Most of these people are not likely to be contagious, and identifying them may contribute to bottlenecks that prevent those who are contagious from being found in time. But researchers say the solution is not to test less, or to skip testing people without symptoms, as recently suggested by the Centers for Disease Control and Prevention.

“The decision not to test asymptomatic people is just really backward,” said Dr. Michael Mina, an epidemiologist at the Harvard T.H. Chan School of Public Health, referring to the C.D.C. recommendation.

…The most widely used diagnostic test for the new coronavirus, called a PCR test, provides a simple yes-no answer to the question of whether a patient is infected.

But similar PCR tests for other viruses do offer some sense of how contagious an infected patient may be: The results may include a rough estimate of the amount of virus in the patient’s body.

But yes-no isn’t good enough, he added. It’s the amount of virus that should dictate the infected patient’s next steps. “It’s really irresponsible, I think, to forgo the recognition that this is a quantitative issue,” Dr. Mina said.

The PCR test amplifies genetic matter from the virus in cycles, the fewer cycles required, the greater the amount of virus, or viral load, in the sample. The greater the viral load, the more likely the patient is to be contagious.

This number of amplification cycles needed to find the virus, called the cycle threshold, is never included in the results sent to doctors and coronavirus patients, although it could tell them how infectious the patients are.

In three sets of testing data that include cycle thresholds, compiled by officials in Massachusetts, New York and Nevada, up to 90 percent of people testing positive carried barely any virus, a review by The Times found.

…On Thursday, the United States recorded 45,604 new coronavirus cases, according to a database maintained by The Times. If the rates of contagiousness in Massachusetts and New York were to apply nationwide, then perhaps only 4,500 of those people may actually need to isolate and submit to contact tracing.

One solution would be to adjust the cycle threshold used now to decide that a patient is infected. Most tests set the limit at 40, a few at 37. This means that you are positive for the coronavirus if the test process required up to 40 cycles, or 37, to detect the virus.

Tests with thresholds so high may detect not just live virus but also genetic fragments, leftovers from infection that pose no particular risk — akin to finding a hair in a room long after a person has left, Dr. Mina said.

Any test with a cycle threshold above 35 is too sensitive, agreed Juliet Morrison, a virologist at the University of California, Riverside. “I’m shocked that people would think that 40 could represent a positive,” she said.

A more reasonable cutoff would be 30 to 35, she added. Dr. Mina said he would set the figure at 30, or even less. Those changes would mean the amount of genetic material in a patient’s sample would have to be 100-fold to 1,000-fold that of the current standard for the test to return a positive result — at least, one worth acting on.

For The First Time, A US State Will Require Disclosure Of PCR ‘Cycle Threshold’ Data In COVID Tests

As a reminder, “cycle thresholds” (Ct) are the level at which widely used polymerase chain reaction (PCR) test can detect a sample of the COVID-19 virus. The higher the number of cycles, the lower the amount of viral load in the sample; the lower the cycles, the more prevalent the virus was in the original sample.

Numerous epidemiological experts have argued that cycle thresholds are an important metric by which patients, the public, and policymakers can make more informed decisions about how infectious and/or sick an individual with a positive COVID-19 test might be. However, as JustTheNews reports, health departments across the country are failing to collect that data.

Here are a few headlines from those experts and scientific studies:

1. Experts compiled three datasets with officials from the states of Massachusetts, New York and Nevada that conclude:“Up to 90% of the people who tested positive did not carry a virus.”

3. An appeals court in Portugal has ruled that the PCR process is not a reliable test for Sars-Cov-2, and therefore any enforced quarantine based on those test results is unlawful.

4. A new study from the Infectious Diseases Society of America, found that at 25 cycles of amplification, 70% of PCR test “positives” are not “cases” since the virus cannot be cultured, it’s dead. And by 35: 97% of the positives are non-clinical.

5. PCR is not testing for disease, it’s testing for a specific RNA pattern and this is the key pivot. When you crank it up to 25, 70% of the positive results are not really “positives” in any clinical sense, since it cannot make you or anyone else sick

So, in summary, with regard to our current “casedemic”, positive tests as they are counted today do not indicate a “case” of anything. They indicate that viral RNA was found in a nasal swab. It may be enough to make you sick, but according to the New York Times and their experts, probably won’t. And certainly not sufficient replication of the virus to make anyone else sick. But you will be sent home for ten days anyway, even if you never have a sniffle. And this is the number the media breathlessly reports… and is used to fearmonger mask mandates and lockdowns nationwide…

All of which is background for an intriguing decision made by Florida’s Department of Health (and signed off on by Florida’s Republican Governor Ron deSantis).

For the first time in the history of the pandemic, a state will require that all labs in the state report the critical “cycle threshold” level of every COVID-19 test they perform.

All positive, negative and indeterminate COVID-19 laboratory results must be reported to FDOH via electronic laboratory reporting or by fax immediately. This includes all COVID-19 test types – polymerase chain reaction (PCR), other RNA, antigen and antibody results.

Cycle threshold (CT) values and their reference ranges, as applicable, must be reported by laboratories to FDOH via electronic laboratory reporting or by fax immediately.

While this information is accurate, it has also been available for months, so we must ask: why are they reporting it now? Is it to make it appear the vaccine works?

The “gold standard” Sars-Cov-2 tests are based on polymerase chain reaction (PCR). PCR works by taking nucleotides – tiny fragments of DNA or RNA – and replicating them until they become something large enough to identify. The replication is done in cycles, with each cycle doubling the amount of genetic material. The number of cycles it takes to produce something identifiable is known as the “cycle threshold” or “CT value”. The higher the CT value, the less likely you are to be detecting anything significant.

This new WHO memo states that using a high CT value to test for the presence of Sars-Cov-2 will result in false-positive results.

To quote their own words [our emphasis]:

Users of RT-PCR reagents should read the IFU carefully to determine if manual adjustment of the PCR positivity threshold is necessary to account for any background noise which may lead to a specimen with a high cycle threshold (Ct) value result being interpreted as a positive result.

They go on to explain [again, our emphasis]:

The design principle of RT-PCR means that for patients with high levels of circulating virus (viral load), relatively few cycles will be needed to detect virus and so the Ct value will be low. Conversely, when specimens return a high Ct value, it means that many cycles were required to detect virus. In some circumstances, the distinction between background noise and actual presence of the target virus is difficult to ascertain.

Of course, none of this is news to anyone who has been paying attention. That PCR tests were easily manipulated and potentially highly inaccurate has been one of the oft-repeated battle cries of those of us opposing the “pandemic” narrative, and the policies it’s being used to sell.

Many articles have been written about it, by many experts in the field, medical journalists and other researchers. It’s been commonly available knowledge, for months now, that any test using a CT value over 35 is potentially meaningless.

Dr Kary Mullis, who won the Nobel Prize for inventing the PCR process, was clear that it wasn’t meant as a diagnostic tool, saying:

with PCR, if you do it well, you can find almost anything in anybody.”

And, commenting on cycle thresholds, once said:

If you have to go more than 40 cycles to amplify a single-copy gene, there is something seriously wrong with your PCR.”

The MIQE guidelines for PCR use state:

Cq values higher than 40 are suspect because of the implied low efficiency and generally should not be reported,”

This has all been public knowledge since the beginning of the lockdown. The Australian government’s own website admitted the tests were flawed, and a court in Portugal ruled they were not fit for purpose.

Even Dr Anthony Fauci has publicly admitted that a cycle threshold over 35 is going to be detecting “dead nucleotides”, not a living virus.

Despite all this, it is known that many labs around the world have been using PCR tests with CT values over 35, even into the low 40s.

So why has the WHO finally decided to say this is wrong? What reason could they have for finally choosing to recognise this simple reality?

The answer to that is potentially shockingly cynical: We have a vaccine now. We don’t need false positives anymore.

Notionally, the system has produced its miracle cure.

So, after everyone has been vaccinated, all the PCR tests being done will be done “under the new WHO guidelines”, and running only 25-30 cycles instead of 35+.

Lo and behold, the number of “positive cases” will plummet, and we’ll have confirmation that our miracle vaccine works.

After months of flooding the data pool with false positives, miscounting deaths “by accident”, adding “Covid19 related death” to every other death certificate…they can stop. The create-a-pandemic machine can be turned down to zero again.

…as long as we all do as we’re told. Any signs of dissent – masses of people refusing the vaccine, for example – and the CT value can start to climb again, and they bring back their magical disease.

2 thoughts on “Your Coronavirus Test Is Positive. Maybe It Shouldn’t Be.”