It Turns Out If You Doubted COVID Headlines, You Were Correct 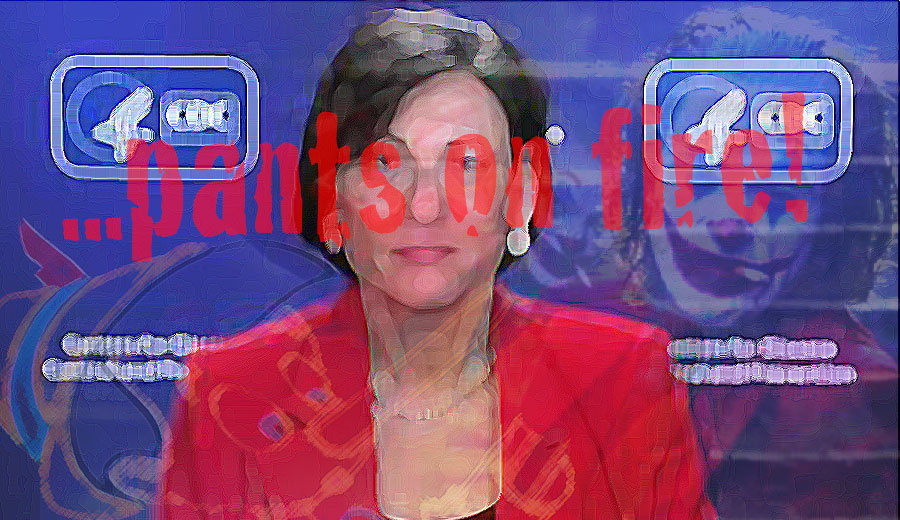 Authored by Andrea Widburg via American Thinker (emphasis ours),

Something peculiar has become clear over the last two years: Leftists seem to enjoy the COVID panic. For them, it started with the camaraderie of lockdowns and morphed in the smug self-righteousness of the masks and vaccinations, all made shiveringly delicious with that soupçon of fear that pairs well with totalitarian mandates. CDC director Dr. Rochelle Walensky’s appearance on Monday’s Good Morning America, however, may destroy that delightful emotional castle in which leftists have immured themselves. It turns out that most vaccinated people no longer need fear imminent death.

It’s been very weird for those of us who have maintained some degree of objectivity about the whole COVID uproar to see leftists maintain their high degree of terror about COVID despite their being vaccinated and boosted. JP Sears perfectly captures the illogical combination of fear and the lust for power that has seen the leftists ramp up their paranoia even as Omicron proves to be innocuous and they’re madly injecting mRNA treatments into their bodies:

However, it’s going to be very hard for them to maintain both the panic and that undeserved power they’re exerting over others. Walensky has acknowledged that, when it comes to vaccinated people who still died from COVID, almost 80% of them had one foot in the grave and one foot on a banana peel:

“The overwhelming number of deaths, over 75%, occurred in people who had at least four comorbidities. So, really, these are people who were unwell to begin with. And yes, really encouraging news in the context of Omicron; this means not only just to get your primary series but to get your booster series. And yes, we’re really encouraged by these results.”

The study, from the CDC, says: “Among 1,228,664 persons who completed primary vaccination during December 2020–October 2021, severe COVID-19–associated outcomes (0.015%) or death (0.0033%) were rare. Risk factors for severe outcomes included age ≥65 years, immunosuppressed, and six other underlying conditions. All persons with severe outcomes had at least one risk factor; 78% of persons who died had at least four.”

Another interesting thing that emerged during the same appearance is that, as with any other virus, people are most contagious when they’re not yet symptomatic. This renders much of the 10-day lockdown period irrelevant, as even Walensky conceded:

Isolation, we talk about isolation in the context of people who’ve had a positive test, who know that they are infected. And we now have dozens of studies referenced on the CDC website that have demonstrated that you are most infectious in the one to two days before your symptoms and the two to three days after your symptoms. So by five days after your symptoms, the vast majority of your contagiousness is really behind you.

Dr. Scott Atlas appeared on Tucker Carlson to discuss Walensky’s revelations and was unimpressed. When it comes to morbidity, he said, it’s long been known only it was kept from the American public. Atlas also reminded Tucker and his audience that there’s a huge difference between being hospitalized for COVID, as opposed to with COVID. As even Fauci conceded, the latter was mostly true for children.

Atlas then said something truly surprising that will further devastate those on the left: “We know now that two-thirds of deaths for Americans with COVID are people with six or more comorbidities.” In other words, unless your health is fragile to begin with, you’re going to be fine:

"This was an intentional inculcation of fear in the American public." pic.twitter.com/EYCUigvdF8

(By the way, I bought Dr. Atlas’s book and I must say that it will make you sick to your stomach when you read about the painful ignorance of those on the task force, especially doctors Fauci and Birx.)

What all of this means—whether it’s comorbidities in the vaccinated or in everyone—is that, for the vaccinated leftists, it’s time for life to go on. Their little totalitarian fantasy of a “great reset” that leaves them controlling the once-free world is over.