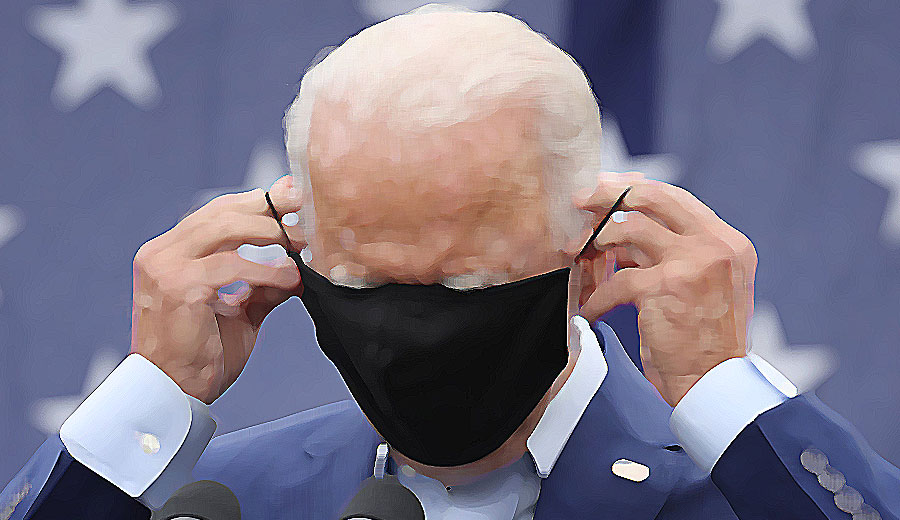 By Andrea Widburg via: American Thinker

Barack Obama was at the White House yesterday, making it clear, as did others at the reception held in Obama’s honor, that Biden’s presidency is over. Watching Obama suck the oxygen out of the room made me wonder if Obama is planning a comeback, something he can easily do.

The ostensible reason for Obama’s return to the White House was to celebrate Obamacare’s twelfth anniversary (if you can celebrate our modern, cowardly, corporate-run “medical care,” along with overpriced insurance that does little for people with serious health issues).  The reception in Obama’s honor, though, hinted that the event’s real purpose was to signal to Democrat apparatchiks that Biden is now shark chum.

The chumming process began when Obama referred to Biden as the “vice president,” adding, after a long pause, “That was a joke.”

Well, I guess it was a joke, in the same way a mean husband is joking when he says to his wife, “That dress makes you look like a cute circus elephant” and then tries to avoid her wrath by insisting, “That was a joke.  I meant you look cute.”  No, it wasn’t a joke.  Biden, showing the deference of the Beta male to the Alpha male (or the abused wife to her abuser), later introduced himself as Obama’s vice president and “Jill Biden’s husband.”

Self-deprecating humor when you’re allegedly the president of what is (was?) the world’s most powerful nation isn’t charming; it’s unnerving.

Worse was still to come.  Normally, everyone in the room should be clamoring to be near the American president.  After all, political power is the strongest magnetic force in the world.  But in Biden’s case, he was the creep at the party, the one everyone assiduously ignores and avoids:

Obama came to the White House today, immediately got mobbed, and no one wanted to talk to Biden. pic.twitter.com/69B2H92XVV

Not only was Obama the magnetic force in the room, but he also made it clear to all that they should shun Biden:

Does Biden now regret inviting Obama to the White House?https://t.co/E0FvZxAgvq

Watching Biden paw at Obama’s shoulder only to have Obama aggressively ignore him is uncomfortable viewing.  Even if Obama has no respect for the man (and who would, given Biden’s stupidity, incompetence, and corruption?), Obama, of all people, should show respect for the office.

But for Obama, the point of the presidency was never about the office itself; it was always about the fact that Obama bestowed glory on the office.  No wonder, then, that his speech, as always, was peppered with his favorite pronouns.  No “he/him” for Obama; it’s always “I/me.”

Meanwhile, an animated Kamala Harris also assiduously ignored her boss.  For her, Obama was the only man in the room.

There are three takeaways:

1. Barack Obama, whether in his walled D.C. Kalorama home or in his coastal properties in Martha’s Vineyard or Hawaii, is probably the one running the White House show.

3. Kamala Harris still thinks she has a shot at the presidency when (not if) Biden is removed.  She was auditioning hard for the job, trying to show Obama that she’ll do better than Biden at preserving and expanding the hard-left Obama legacy.  However, Obama, who is an extremely smart politician, despite his ignorance and broken, Marxist moral compass, knows that Kamala is as bad as, or even worse than, Biden.

And that fact left me with an admittedly wild theory about how Obama may intend to fix things: Obama’s aiming to get back into the Oval Office.

My premise is that Obama fully understands that, if Biden is ousted immediately under the 25th Amendment, there are only idiots and incompetents to take his place.  If it’s not Kamala Harris, then it’s Nancy Pelosi and, if not her, then Patrick Leahy, Antony Blinken, Janet Yellen, Lloyd Austin, Merrick Garland…  Obama knows none of these nonentities will secure the transformation he promised America.  Instead, there are three steps to return Obama to the presidency:

1. Have the Democrat establishment remove Kamala Harris from office, whether through threats or bribes.

2. Have the Democrats declare that, because world instability (Ukraine, Putin, China) puts us at unprecedented risk, only a politically seasoned person can be vice president, with Obama graciously accepting that role.

3. Oust Biden using the 25th Amendment.  And voilà!  President Obama (again).  He can even have Stacey Abrams as his veep.

The 22nd Amendment does not bar Obama from regaining the presidency this way.  It only stops him from being “elected to the office.”  The three steps above avoid an election.

Obama will then have two and a half years to lock down America’s “fundamental transformation” into a fully socialized third-world country, and Biden has given him a head start when it comes to destroying institutions.  Heck, if Obama does the job right, he can be the new Putin or Erdoğan: America’s president for life.

And yes, I agree this sounds crazy, but events since 2020 show that we really are nothing more than a fancy banana republic.