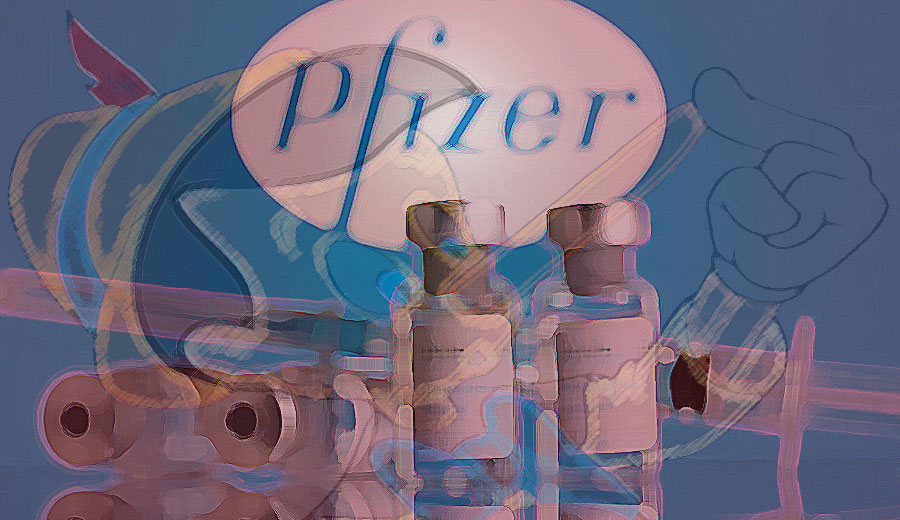 With another batch of 11,000 Pfizer documents, released April 1, 2022, old suspicions have gained fresh support. As reported by “Rising” cohost Kim Iversen (video above), the first bombshell revelation is that natural immunity works, and Pfizer has known it all along.

The clinical trial data showed there was no difference in outcomes between those with previous COVID infection and those who got the shot. Neither group experienced severe infection. Natural immunity was also statistically identical to the shot in terms of the risk of infection.

The second revelation is that side effects from the shots were more severe in younger people, aged 18 to 55, than those aged 55 and older. (The risk of side effects also increased with additional doses, so the risk was higher after the second dose than the first.)

As many of us have said all along, the risk of severe COVID is dramatically lower in younger people than those over 60, which makes an elevated risk of side effects unacceptable.

Interestingly, Pfizer’s documentation also includes medical information that mainstream media and fact checkers have labeled as misinformation or disinformation. A pediatric consent form lists several possible side effects, including a myocarditis rate of 10 in 100,000 — far greater than the 1 in 50,000 (i.e., 2 in 100,000) rate previously reported.

We also know that myocarditis is far more frequent in young males, so for them, the risk is significantly higher than 10 in 100,000, as they make up the bulk of these injuries.

Effects on Reproductive Health Are Unknown

The consent form also specifies that the effect on sperm, fetuses and nursing children are unknown. Yet health authorities and media have espoused as “fact” that the shot does not affect reproductive health or fertility and is perfectly safe for pregnant and nursing mothers.

If an effect is unknown, by definition you cannot claim it to be harmless. If you do, you are lying, plain and simple, and Centers for Disease Control and Prevention director Dr. Rochelle Walensky is but one in a long list who is guilty of this. She has repeatedly assured the public that the jab poses no health risks to pregnant women or their babies. Here’s Walensky in May 2021:

CDC director Walensky reveals she has not a clue about vaccines. Or anything else.

This stunning video seems like a deepfake but it’s all too real:

In an interview at Washington University in St. Louis, Dr. Rochelle Walensky, the director of the Centers for Disease Control, told the world that she did not know that variants might reduce the effectiveness of mRNA vaccines. Or that their protection might wane with time.

I can tell you where I was when the CNN feed came that it was 95 percent effective, the vaccine. So many of us wanted to be hopeful, so many of us wanted to say, okay, this is our ticket out, right, now we’re done. So I think we had perhaps too little caution and too much optimism for some good things that came our way. I really do. I think all of us wanted this to be done.

Nobody said waning, when when you know, oh this vaccine’s going to work. Oh well, maybe it’ll work – (laughs) it’ll wear off.

Nobody could possibly have known variants might be a problem…..(sarc)

95%-Not what you think-Risk Fallacy: Relative Risk vs Absolute Risk

Antibody-Dependent Enhancement Has Not Been Ruled Out

Many who have warned about the possibility of mRNA shots causing antibody-dependent enhancement (ADE) — a situation in which you end up being more susceptible to serious infection than you would have been otherwise — have been smeared and demonized by media and labeled as disinformation spreaders.

He rages how the real science in fact is not being followed. Please listen to his entire diatribe below.

Another revealing statement found in the documents is this:

“Clinical laboratory evaluation showed a transient decrease in lymphocytes that was observed in all age and dose groups after Dose 1, which resolved within approximately one week …”

In other words, Pfizer knew that, in the first week after the shot, people of all ages experienced transient immunosuppression, or put another way, a temporary weakening of the immune system, after the first dose.

Fully Vaxxed Are More Likely to Die From COVID

The fact that Pfizer and the U.S. Food and Drug Administration were aware the shot caused immunosuppression is incriminating, now that U.K. government data show that, compared to the unvaccinated, those who have received two doses are:

The Pfizer documents admit there was a temporary drop in immune function after the first dose, but the real-world data showing an increased risk of severe infection and death due to COVID among the double jabbed suggest ADE may indeed be at play later on as well.

The chart below, created by the Daily Expose, using data from the UKHSA Vaccine Surveillance Report for week 13, 2022 (pages 40 and 45), reveals who’s more likely to get COVID. And the infection rate for triple-vaxxed is even higher than the double vaxxed.

For the last two years, we’ve been keeping an eye on the U.S. Vaccine Adverse Events Reporting System (VAERS), shaking our heads in disbelief as the numbers shot up by the hundreds every single week, rapidly outpacing injuries for every other vaccine combined over the past 32 years.

As of March 25, 2022, there were 1,205,753 COVID jab-related reports, including 145,781 hospitalizations and 26,396 deaths. There has never been a medical product in modern history that can compare. Nothing has been as injurious and lethal as these experimental injections.

The more you vax, the weaker your immune system becomes

Independent data from the UK and New Zealand show the same thing: the more you vaccinate, the greater your chance of getting infected. It was supposed to be the other way around, wasn’t it? Solution:

It doesn’t get any more insane than this: the more you vaccinate, the greater your chance of getting COVID. Vaccinate 3 times and your risk of getting COVID is 3 times worse than an unvaccinated person.

Government data from Australia, New Zealand, the UK, shows that the more you vaccinate, the more likely you are to being infected: