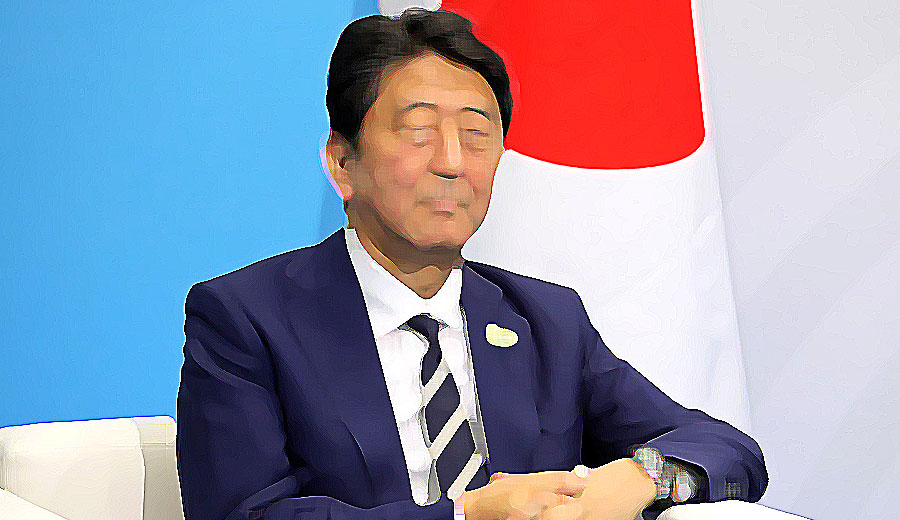 “…By now, you have probably already heard about the assassination of former Japanese Prime Minister Shinzo Abe, who was shot dead during a recent campaign rally. But what you may not know is that Abe was a fierce health freedom fighter who opposed Wuhan coronavirus (COVID-19) “vaccines,” lockdowns, and other forms of medical tyranny, as well as supported the right of people to use ivermectin and other prohibited remedies”

During the final months of his premiership in 2020, Abe famously resisted the implementation of harsh Covid measures, achieving some of the world’s best results against the virus even as the rest of the world imposed strict lockdowns on China’s model. Abe resisted border controls and the postponement of the Tokyo Olympics and, prior to leaving office, wished for Covid’s official infectious disease categorization to be lowered to the same level as influenza. For this, Abe increasingly came under fire both domestically and internationally.

Since Abe left office, Japan’s response to Covid has drifted steadily closer to the international standard. Most mandates are still enforced socially rather than legally, but coupled with severe international entry requirements, some expats have dubbed this “lockdown in all but name.”
…….

Japan’s longest-serving prime minister, Abe is described as “a titan of anti-communism.” During the final months of his premiership back in 2020, he famously resisted the implementation of COVID authoritarianism, which also just so happened to leave Japan in much better shape, public health-wise, than much of the rest of the world that dove headlong into tyranny.

“Abe resisted border controls and the postponement of the Tokyo Olympics and, prior to leaving office, wished for COVID’s official infectious disease categorization to be lowered to the same level as influenza,” writes Michael P. Senger on his Substack. “For this, Abe increasingly came under fire both domestically and internationally.”

Abe was hated by communists because he was a staunch defender of freedom, including health freedom

Ever since Abe left office, Japan’s covid response has moved increasingly closer to the international standard – meaning it became much more of a medical police state. Even though he was not technically in office throughout the plandemic, Abe is considered to be “a figure of considerable ongoing influence in Japanese politics.”

“Most mandates are still enforced socially rather than legally, but coupled with severe international entry requirements, some expats have dubbed this ‘lockdown in all but name,’” Senger explains about how the loss of Abe both from office and now from life itself has been a terrible thing for Japan, which was doing quite well without covid restrictions.

While the motives of Abe’s assassin are not fully known, we do know that Abe was hated by communists, including those in communist China. Many of them were seen celebrating Abe’s assassination on social media, seeing it as a critical move for chipping away at the ideals of freedom that he long upheld and pushed to preserve in Japan.

“Though the assassination’s political consequences remain to be seen, Abe was one of the staunchest anti-communists in Asia and one of NATO’s most reliable partners,” Senger further writes.

“Under his premiership, Japan gained geopolitical significance on the world stage, especially as a counterweight to China. For that reason alone, his death carries considerable symbolic import.”

As you may recall, former Tanzanian president Dr. John Magufuli suffered a mysterious death back in April 2021 that appears to have been for similar reasons as Abe’s assassination. Magufuli was staunchly anti-communist, having at one point barred China from taking over his country. Like Abe, Magufuli also resisted COVID tyranny.

“Ask any African what happened to him, and they will immediately tell you that he was assassinated,” wrote one of Senger’s readers about Magufuli’s death. “The mainstream Western press loved to paint him as a kook.”

Another pointed out that Magufuli was also the first to demonstrate to the world that PCR tests are fraudulent and not in any way an accurate indicator of illness. He openly mocked the tests, in fact, showing that papaya and various inanimate objects tested “positive” for COVID using PCR tests.