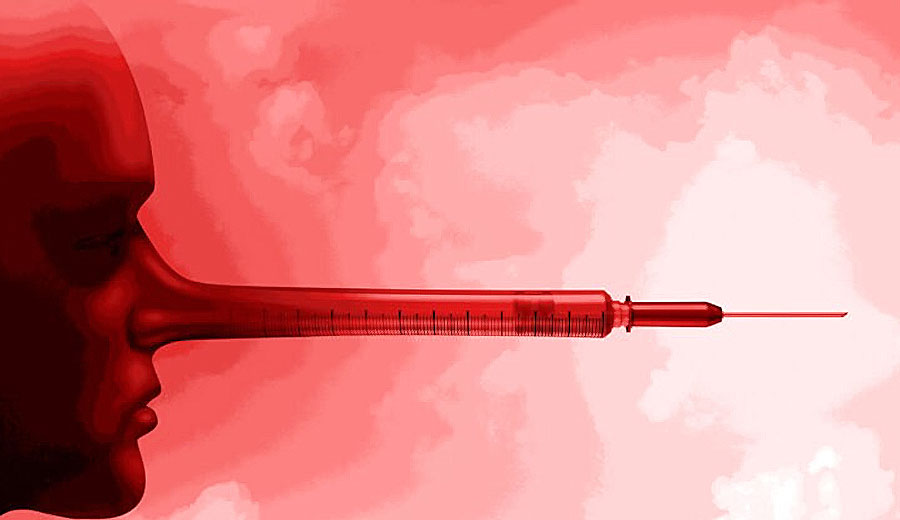 — a Con as Old as Vaccination Itself

People injured by COVID-19 vaccines may not realize it, but the pretense that post-vaccination injuries and deaths are just “sad coincidences” — far from being unique to the pandemic jabs — is a trick as old as vaccination itself.

So-called “fact-checkers” are having to work double-time to come up with ways to deny the undeniable fact that COVID-19 vaccines are causing injuries and deaths on a massive scale.

The shot pushers and their media enablers have taken cover-up tactics to absurd new heights by, for example, chalking up the rash of fatal heart attacks and overnight deaths in athletes and young adults to a fluky condition referred to variously as “sudden adult death syndrome” or “sudden arrhythmic death syndrome” (SADS).

What the COVID-19 vaccine-injured do not necessarily recognize, however, is the pretense that post-vaccination injuries and deaths are just “sad coincidences” — far from being unique to the pandemic jabs — is a trick as old as vaccination itself.

Facilitated by well-honed semantic and statistical flimflam, public health officials’ core strategy for perpetuating their fiction is to profess innocence — making unabashedly unsubstantiated pronouncements about vaccine safety, on the one hand, while on the other hand, declaring themselves “baffled” by ailments that emerge in the aftermath of a given vaccine’s rollout.

In an astonishingly frank and prescient book, “The Fallacy of Vaccination,” published in 1899, Dr. Alexander Wilder called attention to the “growing conviction” among “profounder thinkers and observers” that vaccination was not only “utterly useless as a preventive” but “actually the means of disseminating disease afresh where it is performed.” …….

Wilder also blew the whistle on the suppression and concealment of vaccine adverse events and deaths, describing a fellow physician’s urging of his “professional brethren to be slow to publish fatal cases of small-pox after vaccination” and outlining other shenanigans that sound all too familiar today:…….

Similar sleight-of-hand was on full display during the recent Novavax-focused meeting of the Centers for Disease Control and Prevention (CDC) Advisory Committee on Immunization Practices.

In the ably summarized live-blog account by internist Dr. Meryl Nass — a member of the Children’s Health Defense scientific advisory committee — Nass noted CDC’s faking of COVID-19 data to hide the far-greater hospitalization and death rates among the COVID-19-vaccinated as compared to the unvaccinated.

Conveniently for the CDC, Nass noted, the only charts not “up to date by the day” were those presenting vaccination status versus outcome.

However, despite CDC’s “mumbo jumbo,” Nass pointed out, the agency was unable to hide the higher rate of myocarditis in mRNA-vaccinated males within a week of dose two — 75.9 times higher for 16- to 17-year-olds and 38.9 times higher in 18- to 24-year-olds.
…….

In countries like India, where tens of thousands of children have developed acute flaccid paralysis, doctors explicitly linked the condition to oral polio vaccination. But decades of published reports also associate paralysis with other childhood vaccines, such as pertussis-containing and aluminum-containing vaccines.
…….

Since the “polio” era, there are many other examples of diagnoses intended to obfuscate rather than elucidate vaccination as a cause of illness and death — and gaslight sufferers.

Among the environmental causes put forth as plausible triggers for the neuroimmune disorders labeled as “ASD,” heavy metal poisoning — principally via vaccination — is one of the most consistent contenders.

As for SIDS, the diagnosis first entered into vogue around the same time (in the early 1970s) that the vaccine load for children in the U.S. doubled.

Although the 1970s vaccine schedule appears restrained by today’s immoderate standards, young children of that decade not only began receiving 13 vaccines instead of seven, but also went from mostly receiving one shot at a time to often getting two at once, including five one-two punches of diphtheria-tetanus-pertussis (DTP) and oral polio vaccine — both subsequently taken off the U.S. market due to their troublesome adverse event profile.

Sadly, vaccine-injured individuals often are enlisted in the artifice.

Desperate for help, they discover they cannot gain access to the halls of medicine unless they self-censor any discussion of vaccination as the source of their health problems and instead acquiesce to “idiopathic” or “genetic” explanations, or punt to some of the more than 70,000 codes in the International Classification of Diseases-10 (ICD-10) — while eschewing the tiny handful of codes pertaining to “adverse effect of vaccines and biological substances.”

A new ICD code relevant to “new diseases of uncertain etiology or emergency use” was designated for “COVID-19 vaccines causing adverse effects in therapeutic use, unspecified.” However, it remains to be seen whether any health professionals will be brave enough to use it.

Meanwhile, as The Exposé satirically reported on July 24, “It feels like we can’t go a single week without hearing about the re-emergence, or emergence of a disease or ailment” — including a “mysterious” outbreak of hepatitis among children, the SADS phenomenon, monkeypox and, of course, polio.

All of these outbreaks, the journalists noted, “are ‘coincidentally’ occurring after millions of people worldwide have been injected with an experimental mRNA COVID-19 vaccine.”

As the recent New York and U.K. reports of vaccine-induced polio illustrate, these threats, whether real or imagined, are likely to mobilize further hostilitytoward the unvaccinated — including the New York communities fiercely ostracized a few years ago for rejecting measles vaccines for religious reasons.

In addition, the specter of a polio resurgence will be used to harangue the growing number of parents who, for whatever reason, have been increasingly deferring vaccination for their children.

In short, it would be naive to expect any breakthroughs in truth-telling from official corners any time soon.

Thousands of fully jabbed teenage girls in Australia are being struck down by a mystery neurological illness – with experts hinting that the condition may be “COVID related” https://t.co/AB5JzCZgrR

But don’t worry, you can trust the hospitals where they worked! This cluster is definitely not related to the Covid vaccines

The count of dead physicians in the Toronto area in last two weeks now stands at five, four of whom were 50 or younger. One died of lung cancer, two of apparent cardiac collapse, and in two cases the cause of death has not been disclosed.

All these physicians had almost certainly received at least three Covid vaccine jabs. Canada has mandated shots for health-care workers since last year.

Whether any had received a fourth shot is not clear. But on July 13 Ontario dropped any age restrictions on a second booster, so any or all of them could have. Hospitals in Canada – like hospitals everywhere – have heavily pressured employees to get Covid shots and a first booster, though the pressure for a second booster appears to have lifted somewhat.

Instead, the hospitals are simply insisting the deaths are in no way related to Covid shots. “The rumour circulating on social media is simply not true,” Trillum – where three of the physicians worked – tweeted Wednesday. “Their passings were not related to the COVID-19 vaccine.”

The hospital where the fourth dead physician, Dr. Paul Hannam, offered a similar statement to the Toronto Sun. “North York General Hospital can confirm that the tragic death of Dr. Paul Hannam was not related to COVID-19 or vaccinations of any kind,” it said.

To which the only answer is: How can you be so sure? Hannam was a 50-year-old former Olympic athlete and marathoner who died during a run. Myocarditis and other cardiac complications are known side effects from the mRNA shots. Was an autopsy performed? Did he have any evidence of heart disease?

Of course, neither North York nor Hannam’s family have any obligation to answer those questions.

But if they’re not willing to, blanket denials that it wasn’t the vaccine sound more desperate than anything else.

You won't see this on MSM . . .
Please be careful with your comments or this will be taken down . . . pic.twitter.com/2SWpHCAW70

Brought to you by… pfizer! pic.twitter.com/B5Zw9tJAzm

NEW episode 10 of “Radical, with Maajid Nawaz” exclusively via @OdyseeTeam FREE to view:

A whole world of mRNA vaccine side effect case reports

The mRNA vaccines are as safe as they are effective. Physicians from around the world agree!

Below are a handful of the post-vaccine side effects doctors have reported to medical journals for the mRNA shots in just the last few weeks.

This is not your cousin telling you about how his sister’s buddy passed out after her Pfizer booster. These are case reports on a variety of severe side effects, including diabetes and lymphoma. They’re published in well-respected medical journals, with substantial supporting detail.

The first one – about two interns at the same hospital who both suffered myocarditis severe enough to require intensive care in a matter of days – is particularly striking.

What is also striking is the fact that American physicians didn’t write any of these reports – even though the United States has administered far more mRNA shots than any other country. Three are from Turkey, one from Japan, one from Romania, and one from France.

If only American physicians could be as honest. Or maybe ‘Merica has just been lucky!

An around-the-world tour, starting with myocarditis in Turkey: