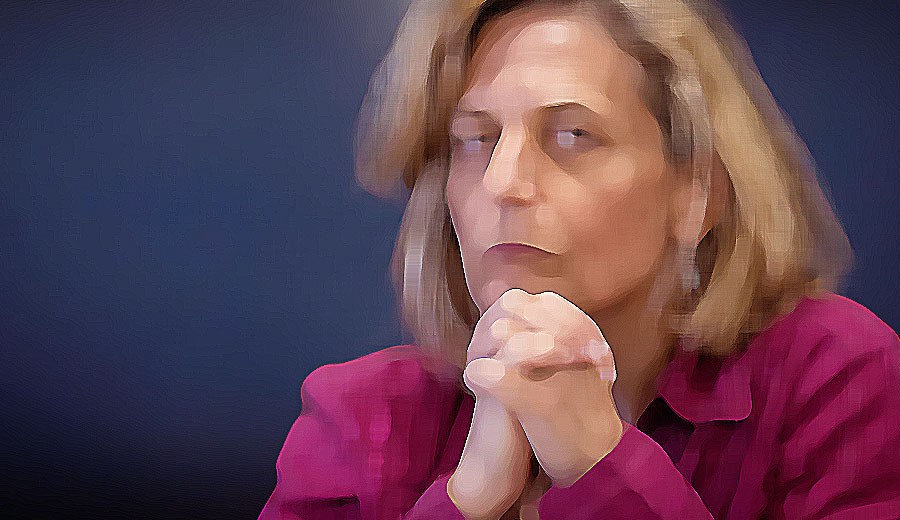 Israel didn’t start to gather safety data until a year into the vaccine program. They gathered 6 months worth of data and found that the vaccines weren’t safe so they lied to the world about it.

Dr. Sharon Alroy-Preis, the Health Ministry’s head of public services and a top COVID adviser to the Israeli government, has no problem withholding vital safety information about the COVID vaccines to make them appear to be safe. Why didn’t they release the original presentation made by the safety team? There needs to be an investigation ASAP into what happened, but the head of the MoH, Nitzan Horowitz, isn’t calling for one. Is he corrupt too?

This is the most important article on my Substack (which has over 700 articles). This one article has enough information regarding both harms and corruption that it should bring down the house of cards if there is just one honest person in a position of authority in the world.

The single most important point is this:

We now have proof of:

The precautionary principle of medicine now demands an immediate halt to the COVID vaccination program.

The key facts in a nutshell:

The Israeli Ministry of Health (MoH) was informed by their own hand-selected outside expert group headed by Prof. Mati Berkowitz that the COVID vaccines are not as safe as the MoH had been claiming to the Israeli people. It was just the opposite: instead of mild, short term events, the events were serious and long-lasting. For neurological side effects, in 65% of the cases, these did not go away at all (start watching this video at 2:30; the 65% is at 3:09) and the researchers admitted they had no clue if they would ever go away.

Instead of admitting their mistake, the MoH covered it up by issuing a report that distorted the expert report.

In addition, the experts also effectively covered it up by saying nothing when this happened. They sat by idly while the MoH misrepresented the data. It appears that everyone involved was so intimidated that they felt that they had to bury the truth, even when it can cost lives.

The news finally broke to the public on August 20 that the government hadn’t been monitoring adverse reactions for a year and then, after they finally gathered the adverse safety data, that they deliberately manipulated the data to make the vaccine look safe when it wasn’t. You’d think there would be major outrage at the violation of the public trust. But there was nothing. No reaction. Dr. Sharon Alroy-Preis, the Health Ministry’s head of public services and a top COVID adviser to the Israeli government, issued no public statement. That’s stunning.

This suggests that she and the others in her organization who knew about this were in on the cover-up. The Israeli people should demand that they be fired and criminally prosecuted.

In addition, the current Minister of Health, Nitzan Horowitz, is doing nothing. Why isn’t he calling for an investigation? He should be fired as well. Or is corruption of science OK with the Israeli government?

It appears to me that they are all bought off by the drug companies. Am I wrong?

This is a story of corruption, pure and simple.

There is no way to put a positive spin on this. Anyone in power who is not calling for an investigation and heads to roll is just as corrupt as the people who engaged in the original cover-up of the safety report.

This story is the “smoking gun” we’ve been waiting for: an official government agency was caught on tape as having received a damaging report from scientists and then deliberately lied to the public about it.

The response to this story has been crickets so far

At the time I am writing this (September 2 and 3), the Israeli press (which is heavily state controlled; note that government censorship is legal in Israel) refused to go near the story; they wouldn’t even reply when contacted about the story. They do not want to see any of the evidence. Only one news outlet, GB News in the UK, covered the original story.

It is up to us to force our medical, health, and political leaders worldwide to take a stand on what happened. Will they condemn it or will they ignore it?

Every mainstream medical leader should be saying that what the MoH did is wrong and calling for an immediate investigation into the safety of the vaccines. We should be able to see the full presentation of the expert panel and their report. And the safety data should be released to the public like the VAERS data is.

They are all basically saying, “It is OK for a government to not monitor vaccine safety for 12 months, and then, after 6 months of safety monitoring and clear evidence of harm, deliberately misrepresenting the safety data to the public.”

It turns out the Israeli government never had a vaccine safety monitoring system in place when they launched the COVID vaccines in December, 2020.

Finally, in December of 2021, more than a year into the vaccination program, they decided to fix that defect. They started collecting safety data from that point until the end of May 2022. They then tasked an outside research group headed by a top Israeli scientist to analyze the data.

The report came back that the side effects were not mild and short lasting as was represented to the Israeli people. The data was clear that the side-effects were serious and long-lasting (sometimes with no end in sight).

In short, the data showed that the government, which wasn’t monitoring for safety like they claimed, lied to the people of Israel. Also, it’s now clear that Dr. Sharon Alroy-Preis lied to the outside committee of the FDA about the Israeli safety monitoring.

The Ministry of Health (MOH) concealed the safety report for 2 months, then issued a deceptive public report to make the vaccine look safe. This Sunday, Sept 4, they will “ask” the vaccine safety committee to recommend the 5th dose (the combo vax) for 60+. This is corrupt. They are hiding the safety data from the public and they know it.

It took 2 months for the MOH to distort the findings and present it to the public to make it look like the COVID vaccines were safe.

Nobody knew that the June meeting between the researchers and the MoH was being secretly recorded.

Apparently, there was an honest person at the meeting and so when the MoH didn’t act in a way that protected the public, the recording was leaked to the press.

In the 80 minute recording, one of the researchers said, “We’ll have to think medical-legal – how to present our findings to avoid lawsuits.”

After bits of the recording were leaked to the press, none of the Israeli media would cover the story. In fact, only one news outlet in the world, GB News in the UK, was willing to cover it. Watch this video of the GB News interview by Neil Oliver which happened on August 20, 2022.

Fox News was notified but declined to cover it (apparently because their advertising contracts with Pfizer prohibits them from covering any negative news about the vaccines).

The whole scam was fully exposed to the public on Sept 1, 2022 in this Tweet (10 messages long) from Yaffa Shir-Raz who is an honest journalist living in Israel.

I found out about it when Retsef Levi forwarded Yaffa’s tweet to my WhatsApp (since I’m permanently banned from Twitter for speaking out about how unsafe the vaccines are). My reaction was swift… I started drafting this article within minutes after reading that tweet.

Yaffa’s tweet discusses the techniques that were used to distort the researchers’ findings:

Causality of new adverse events was proven by the outside team

In addition, new significant adverse events were identified and causality was established through re-challenging the same person; if the symptom re-appears or gets worse, that’s a sure sign of causality.

Causality was even established in areas where the researchers were not previously aware of any safety issues. For example, for neurological problems where there wasn’t even a survey question asking about these specifically (because it wasn’t an officially established side effect), the signal was detected by reading the free-form fields.

The outside team was hired by the Ministry of Health.

The meeting with the MoH was early June in front of a senior leader in the MoH who is in charge of adverse event monitoring.

The MoH officials did not share the findings with the MoH advisory committee when several weeks later it met to discuss the approval of the vaccine to babies and 5th booster to adults.

Dr. Alroy-Preis is #2 in the MOH. She is heading the formal collaboration between Israel and Pfizer. She meets with Pfizer regularly and writes papers with them. She is also responsible for all the COVID 19 policies in Israel.

The things they hid include:

How could this corruption happen?

My person hypothesis is pretty simple:

There are other perspectives:

We are only seeing the tip of the iceberg right now

Keep in mind that the researchers ONLY analyzed the 5 most commonly reported serious adverse events and they found new things Pfizer didn’t know about.

They excluded the most severe cases and gave them to another committee to examine.

Cardiovascular events were #6 most prevalent so we don’t have any data on those since they weren’t analyzed.

And the study didn’t even include cases of hospitalization – which is the role of another committee to examine.

So the current analysis is just the tip of the iceberg.

VAERS shows thousands of symptoms that are elevated by these vaccines compared to normal.

There is a lot more that has not yet been surfaced to the public. There is honest research going on in Israel that is being ignored.

For example, did you know that according to an analysis of data from the MoH, the COVID vaccine kills 40 times more old people than it saves?

Using Israel MoH data, Haim Yative and Dr. Seligmann, Israeli researchers, found that the COVID-19 vaccine killed 40 times (40x) the amount of elderly people than the disease would have and 260 times more younger people than would have died from the virus in a 3 week period shortly after the shots.

Live debate challenges are a very reliable way to determine who is telling the truth, and who is lying when dealing with complex topics. It’s why nobody who claims that the “virus doesn’t exist” will appear on camera with me… not even for 5 minutes, and not even to win $1M. They simply won’t do it.

Dr. Harvey Risch, professor Emeritus of Epidemiology at Yale, on our story:
The Israeli MOH was warned by its own researchers that they may get sued, because even though they knew about the serious side effects, they still told people to go get vaccinated.#IsraeLeak, pic.twitter.com/RHfxGabW8F

“It’s time to admit failure” – Professor Ehud Qimron
Professor Ehud Qimron, head of the Department of Microbiology and Immunology at Tel Aviv University and one of the leading Israeli immunologists, has written an open letter sharply criticizing the Israeli – and indeed global – management of the coronavirus pandemic.

They Knew & They Lied
At what point are you willing to ask yourself the critical questions and admit that you were lied to, and start holding those accountable that are responsible? Or is it more comfortable to live with accepting a lie?

‘UK Gov. Report’, Fully Vaccinated Account For 9 In Every 10 Covid-19 Deaths In England