Pfizer Exec Admits they didn’t even test the Covid “vaccine” to see if it prevented transmission of the virus. 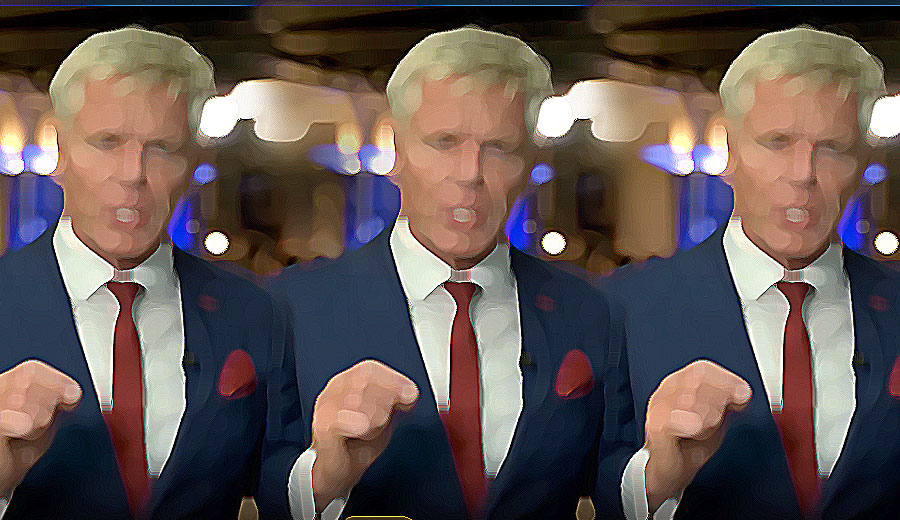 "Get vaccinated for others" was always a lie.

The only purpose of the #COVID passport: forcing people to get vaccinated.

The world needs to know. Share this video! ⤵️ pic.twitter.com/su1WqgB4dO

"They haven't tested the vaccine to see if it's stopping the spread of the virus. So we're asking again: what are they hiding?" pic.twitter.com/d3UmgqvtrS

Main point being: Knowing that the shots were not going to “stop the spread” AKA-prevent transmission nor prevent contraction, the entire premise for mandates is rendered scientifically illogical.

Keep digging and you’ll see that the Green Passes being rolled out around the world have little to do with your health and more to do with social credit scoring and tighter controls over all your choices and financial transactions.

Sadly, the fact that the shots do not prevent transmission is not news.
It has been known for quite some time.

We could all use “representatives” as gutsy as Christine Anderson, Cristian Terhes and their colleagues
@AndersonAfDMdEP
@CristianTerhes

Why is this not on the news? The media is completely complicit in this – there’s no confusing that now. pic.twitter.com/3vvSOnxxUl

A Pfizer executive just admitted the company didn't even test the Covid vaccine to see if it prevented transmission of the virus. pic.twitter.com/JbFIxFbql2

Here's the Pfizer CEO in May 2022 at a WEF Conference:

"You vaccinate not only for yourself, you vaccinate also to protect society, in particular to protect those that you love the most." pic.twitter.com/9g6O5k9hdU

Then they shifted the narrative and all the sheep went along for the ride.

No! It reduces symptoms.

Remember, some symptoms are already so mild that one has to be tested to even know they have it. Ridiculous. Look for another post coming about the fraud of the PCR test….being used to convince people who have what used to be sniffles, a cough, headache, a cold or sometimes more like a flu….that they have COVID…..

The COVID truth trickles out in drips and drabs. I haven’t covered every leak of late because it’s exhausting and demoralizing.

Frankly, nearly everyone capable of rational thought in this matter has long ago defected from Team Vaxx. The normies still boosting themselves senseless, for the most part, are unable or unwilling to comprehend the crimes committed against them in the name of Public Health©.

The lies are exhausting. Pushing back on the COVID propaganda is like trying to argue with your compulsive liar mother-in-law. When you corner one lie, she slips through the net, unconstrained by the laws of physics that limit honest people. More lies lead to a never-ending game of Whac-a-Mole.

Eventually, you end up circling the postmodern drain until you give up out of sheer exasperation. Nothing has been settled and you just need a drink to unwind, having fruitlessly expended volumes of mental currency in exchange for indulging a liar in a pointless tit-for-tat over minutia.

Alas, if there’s one revelation that could shake the COVIDians out of their coma, it’s this: a Pfizer executive under questioning in the European Parliament, recently admitted the awful truth: viral transmission was not tested in Pfizer trials.

The Speed of Science..?…..Words without meaning…..

Pfizer is on record saying they didn’t test the jab for transmissibility.

Despite disinformation from politicians, media and the Church, There was no scientific basis for their claims.

On the bright side, I thank the last 2.5 years for completely waking me up to the following (list 1-10):

1. The enormous scale of corruption and conflicts of interests in Medicine

2. How Big Medicine, Big Tech and the Mainstream Media collude to push a narrative and agenda

Why the COVID-19 Vaccines Could Never Prevent Transmission

The history behind “Herd Immunity” helps to explain why each of our officials lied to us when marketing the vaccines.

by: A Midwestern Doctor

When the COVID-19 vaccines came out, most of my colleagues drank the Kool-Aidand scrambled to be the first ones to make it to the mass vaccination site (healthcare workers got first access to the vaccine). My spouse and I were two of the only exceptions at our facility.

Later, when our administrator (also a physician) realized that we had not been vaccinated, a series of meetings were arranged to address our “vaccine hesitancy.” A few things stood out to me throughout this process:

•Numerous major issues were immediately apparent in Pfizer’s NEJM paper, but all of the physicians I worked with (who on a daily basis patronizingly reminded all of us of their competency for appraising the scientific literature), became fixated on Pfizer’s “95% effective claim” and were completely blind to the paper’s methodological shortcomings.

•At various times both of us were informed that it was immensely arrogant on our part to assume our colleagues had incorrectly appraised the evidence and that by having a differing assessment of the paper, we were suggesting that we knew better than all of them.

•Every single point we cited was subsequently proven to be true (hence why I preserved our correspondence).

Due to the politically charged nature of the topic, we tried to be as non-confrontational as possible and only critiqued the least controversial aspects of the vaccine (e.g., I was nearly certain there was massive fraud in the trials, there would be serious issues with vaccine efficacy and there would be significant autoimmune and cancer issues for the vaccinated). Since discussing the “controversial” areas could label us an “anti-vaxxers” and cast doubt on our ability to accurately appraise this paper, the most defensible areas we instead mentioned were as follows:

•The vaccine had not been tested for fertility effects in women of childbearing age.

•This technology is experimental and the clinical trial is not scheduled to finish until 2023, so it will not be possible to fully assess the risks and benefits of the vaccine until then.

•The vaccine was not tested for its ability to prevent transmission, so we cannot know if patients will benefit from their doctor being vaccinated.

All of these points were of course ridiculed and dismissed, but were sufficient for us to be left alone provided we agreed not to share our hesitancy with our patients (at this time Biden’s mandates had not yet been enacted). When I found particularly interesting about this process was that we were repeatedly told the fact that the vaccines prevent infection was proof that they would also reduce transmission. This statement illustrated a fundamental lack of understanding of immunology but was extremely common for me to encounter throughout the vaccine rollout.

Since that is a heavy accusation to level, I would like to cite a October 2020 article that was written in a premier medical journal and any policymaker should have been aware of (this is the single most important part of this article):

Yet the current phase III trials are not actually set up to prove either (table 1). None of the trials currently under way are designed to detect a reduction in any serious outcome such as hospital admissions, use of intensive care, or deaths. Nor are the vaccines being studied to determine whether they can interrupt transmission of the virus.

An understandable degree of outrage has emerged following a recent testimony from a Pfizer executive in front of EU’s parliament that the vaccine’s ability to prevent transmission was never tested.

I would argue that while this outrage is understandable, the bigger issue is that this lack of testing was abundantly clear to the scientific community, and except for a few brave voices like Peter Doshi, this issue was swept under the rug.

This silence from the scientific community allowed authorities around the world like Fauci (as shown above) to claim COVID-19 vaccination would prevent transmission and thus galvanize the population against anyone who was not vaccinated…….

A common strategy in propaganda is moving goalposts, as the target ultimately being aimed for is something the public would initially never agree upon. As a result, the first thing that is pushed on the public is something that at least on the surface seems justifiable but is then gradually shifted to the originally unacceptable goal (this process is commonly analogized to the totalitarian tiptoe or slowly boiling a frog in water so it does not jump out—although the scientific accuracy of that specific claim is debated). This process is very methodical and easy to recognize once you know how to look for it.

Consider for example, as detailed previously here and here, just how quickly we have gone from each of these to the next:
•A “need” for Big Tech to curate information at the end of the Obama administration.
•Introducing the concept of “misinformation.”
•Creating the illusion of an epidemic of “misinformation.”
•Mass censorship of anything arbitrarily deemed misinformation.
•Doctors being forbidden from sharing ‘misinformation’ with their patients.
•Misinformation being declared a weapon of war by New Zealand’s prime minister at the UN.
•Governments criminalizing the dissemination of “misinformation.”