The Great Reset: Wake up 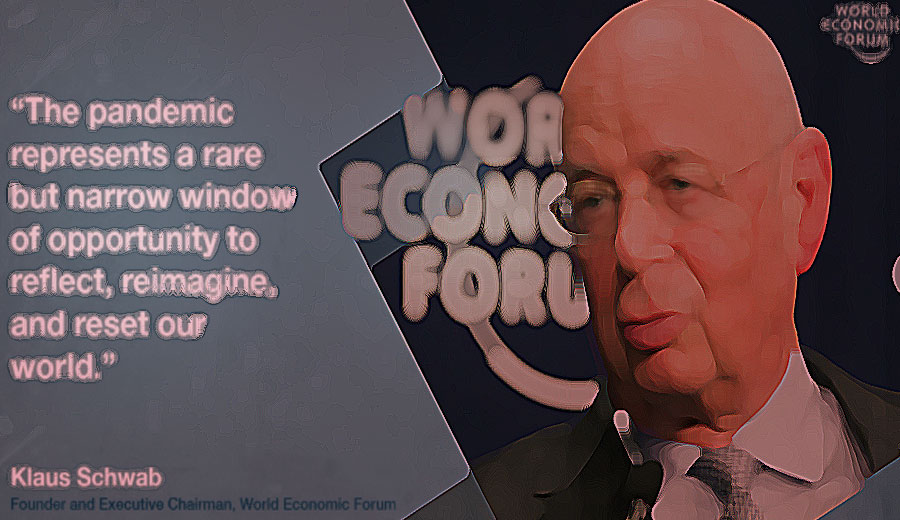 G20 – Here’s Klaus Schwab, on the great Great Reset none of you voted for.

“Deep systemic restructuring of our world and this will take some time. And the world will look differently after we have gone through this transition process”

So the G20 / WHO are pushing for a globally standardised digital vaccine passport / certification. No one voted for this. This illiberal and discriminatory mandate is an affront to democracy and civil liberties. #NoVaccinePassports

It’s the beginning of the end if we let that happen the world will not be our prison, where’s our votes on this resolution? pic.twitter.com/MnjqrddNZ7

Maajid Nawaz said it a month ago on Joe Rogan, today the Ottawa police confirmed that they froze the accounts of several protesters.They can use cell tower triangulation and Stingray towers to place you there. A Government controlled digital currency will enslave us @MaajidNawaz pic.twitter.com/isdBYf84PA

The Dystopian World Being Planned By Technocratic Oligarch’s

Journalist Whitney Webb has worked to uncover some of the most dangerous stories of our lifetime, and she joins Glenn to reveal just how eye-opening it’s been. Her new two-volume book, “One Nation Under Blackmail: The Sordid Union Between Intelligence and Crime that Gave Rise to Jeffrey Epstein,” examines Epstein’s elaborate network of corruption and power, from Bill Clinton to Ghislaine Maxwell and many more. Her research into transhumanism has given her a terrifying perspective on the World Economic Forum and tech elites, including Elon Musk. And she tells Glenn the dark truth about Biden’s push for electric vehicles that she noticed while living in Chile.

Organized Crime at the Highest Levels

Overall, these “higher-ups” are people who favor globalism and global governance, and who don’t want the United States to have a monopoly on power. This is part of why the power of the U.S. is now being dismantled before our eyes, but the undermining and infiltration have been going on for decades.

As noted by Beck and Webb, our government is basically being run by organized crime, and this organized crime ring is setting into place a technocratic form of feudalism, a digital slavery system.

The reason Epstein’s financial crimes matter is because they’re like a microcosm of what has been going on in the U.S. for decades. According to Catherine Austin Fitts and Mark Skidmore, an estimated $21 trillion of U.S. taxpayer money have already been looted, stolen and siphoned out. Where did all that money go? Who took it?

Against that background of having already been looted, we’re now facing a radical degradation of our standard of living, with rising inflation and manufactured energy and food crises piled on top of each other.

G20 – XI gives Trudeau a mouthful about leaking their private conversations to the press.

Ouch! Walks off with a smacked bottom.

Absolutely everything is planned… pic.twitter.com/S5723sXP78

🇬🇧🇨🇦🇺🇦 Prime Minister @RishiSunak and Canadian Prime Minister @JustinTrudeau spoke to President @ZelenskyyUa this morning to reiterate their joint support for the Ukrainian people in the face of continued Russian brutality 👇 pic.twitter.com/HQNVpcjFo8

The Bottom Line. WAKE UP! pic.twitter.com/g1NIjq9PKx

BILL GATES – “People act like they have a choice”

He wasn’t joking he was warning you. The declaration by the G20 will attempt to ensure you all comply! With whatever they determine.

Here’s BG mentioning it in on video. https://t.co/xu6RrNu1ex

Eva Vlaardingerbroek – Vaccine mandates and passports are the beginning of a ‘social credit system’ pic.twitter.com/r5uzn29Ozc

4 thoughts on “The Great Reset: Wake up”