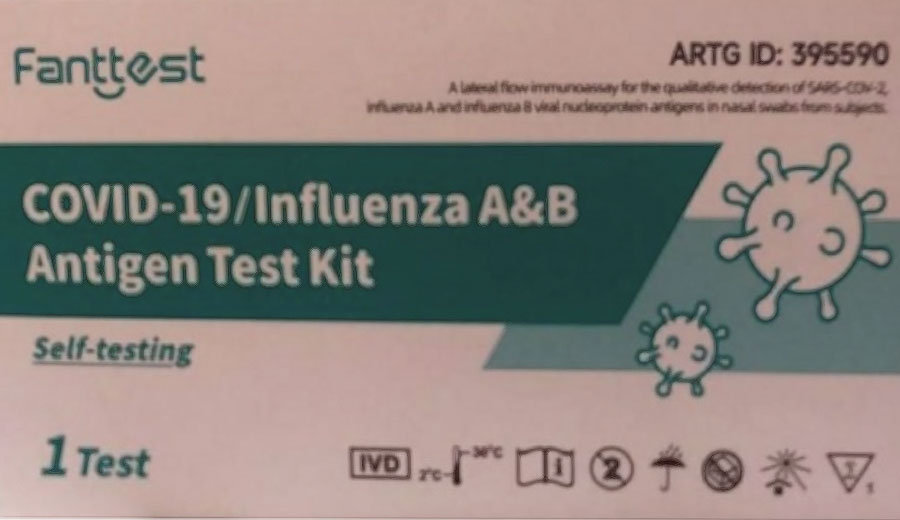 In the highly competitive market of health governance, the struggle for attention, budgets and grants is fierce. The pharmaceutical industry and the media only reacted to this welcome boon.

US data on influenza deaths are false and misleading. The Centers for Disease Control and Prevention (CDC) acknowledges a difference between flu death and flu associated death yet uses the terms interchangeably. Additionally, there are significant statistical incompatibilities between official estimates and national vital statistics data. Compounding these problems is a marketing of fear—a CDC communications strategy in which medical experts “predict dire outcomes” during flu seasons.

Please see the video below & join Ryan Cristián, TheLastAmericanVagabond as he breaks it all down with links to the source information.

Because we cannot currently predict which subtype of the influenza virus will cause the next pandemic, researchers have made various attempts to produce a “universal” vaccine that could protect people from a wide swathe of subtypes. Although most of these efforts have focused on a limited set of antigens that are shared by many subtypes, an alternate approach has been to generate a multivalent vaccine that would encode all known subtypes……..

💥"The Pandemic Is Over – We're Dealing With a Cold"

"People need to be told the truth. We need to stop scaring people."

Questions remain regarding how to judge efficacy and potential regulatory requirements for a vaccine against possible future viruses that are not currently circulating…….

from the U.S. Department of Health & Human Services

US data on influenza deaths are false and misleading. The Centers for Disease Control and Prevention (CDC) acknowledges a difference between flu death and flu associated death yet uses the terms interchangeably. Additionally, there are significant statistical incompatibilities between official estimates and national vital statistics data. Compounding these problems is a marketing of fear—a CDC communications strategy in which medical experts “predict dire outcomes” during flu seasons.

The CDC website states what has become commonly accepted and widely reported in the lay and scientific press: annually “about 36 000 [Americans] die from flu” (www.cdc.gov/flu/about/disease.htm) and “influenza/pneumonia” is the seventh leading cause of death in the United States (www.cdc.gov/nchs/fastats/lcod.htm). But why are flu and pneumonia bundled together? Is the relationship so strong or unique to warrant characterizing them as a single cause of death? David Rosenthal, director of Harvard University Health Services, said, “People don’t necessarily die, per se, of the [flu] virus—the viraemia. What they die of is a secondary pneumonia. So many of these pneumonias are not viral pneumonias but secondary [pneumonias].” But Dr Rosenthal agreed that the flu/pneumonia relationship was not unique. For instance, a recent study (JAMA 2004;292: 1955-60[Abstract/Free Full Text]) found that stomach acid suppressing drugs are associated with a higher risk of community acquired pneumonia, but such drugs and pneumonia are not compiled as a single statistic. CDC states that the historic 1968-9 “Hong Kong flu” pandemic killed 34 000 Americans. At the same time, CDC claims 36 000 Americans annually die from flu. What is going on?

Meanwhile, according to the CDC’s National Center for Health Statistics (NCHS), “influenza and pneumonia” took 62 034 lives in 2001—61 777 of which were attributed to pneumonia and 257 to flu, and in only 18 cases was flu virus positively identified.

Between 1979 and 2002, NCHS data show an average 1348 flu deaths per year (range 257 to 3006). The NCHS data would be compatible with CDC mortality estimates if about half of the deaths classed by the NCHS as pneumonia were actually flu initiated secondary pneumonias. But the NCHS criteria indicate otherwise: “Cause-of-death statistics are based solely on the underlying cause of death… defined by WHO as `the disease or injury which initiated the train of events leading directly to death.'” In a written statement, CDC media relations responded to the diverse statistics: “Typically, influenza causes death when the infection leads to severe medical complications.” And as most such cases “are never tested for virus infection…CDC considers these [NCHS] figures to be a very substantial undercounting of the true number of deaths from influenza. Therefore, the CDC uses indirect modelling methods to estimate the number of deaths associated with influenza.” CDC’s model calculated an average annual 36 155 deaths from influenza associated underlying respiratory and circulatory causes (JAMA 2003;289: 179-86[Abstract/Free Full Text]).

Less than a quarter of these (8097) were described as flu or flu associated underlying pneumonia deaths. Thus the much publicised figure of 36 000 is not an estimate of yearly flu deaths, as widely reported in both the lay and scientific press, but an estimate—generated by a model—of flu-associated death. William Thompson of the CDC’s National Immunization Program (NIP), and lead author of the CDC’s 2003 JAMA article, explained that “influenza-associated mortality” is “a statistical association between deaths and viral data available.” He said that an association does not imply an underlying cause of death: “Based on modelling, we think it’s associated. I don’t know that we would say that it’s the underlying cause of death.”

Yet this stance is incompatible with the CDC assertion that the flu kills 36 000 people a year—a misrepresentation that is yet to be publicly corrected. Before 2003 CDC said that 20 000 influenza-associated deaths occurred each year. The new figure of 36 000 reported in the January 2003 JAMA paper is an estimate of influenza-associated mortality over the 1990s. Keiji Fukuda, a flu researcher and a co-author of the paper, has been quoted as offering two possible causes for this 80% increase: “One is that the number of people older than 65 is growing larger…The second possible reason is the type of virus that predominated in the 1990s [was more virulent].” However, the 65-plus population grew just 12% between 1990 and 2000. And if flu virus was truly more virulent over the 1990s, one would expect more deaths. But flu deaths recorded by the NCHS were on average 30% lower in the 1990s than the 1980s.

At the 2004 “National Influenza Vaccine Summit,” co-sponsored by CDC and the American Medical Association, Glen Nowak, associate director for communications at the NIP, spoke on using the media to boost demand for the vaccine. One step of a “Seven-Step `Recipe’ for Generating Interest in, and Demand for, Flu (or any other) Vaccination” occurs when “medical experts and public health authorities publicly…state concern and alarm (and predict dire outcomes)—and urge influenza vaccination” (www.ama-assn.org/ama1/pub/upload/mm/36/2004_flu_nowak.pdf).

Another step entails “continued reports…that influenza is causing severe illness and/or affecting lots of people, helping foster the perception that many people are susceptible to a bad case of influenza.” Preceding the summit, demand had been low early into the 2003 flu season. “At that point, the manufacturers were telling us that they weren’t receiving a lot of orders for vaccine for use in November or even December,” recalled Dr Nowak on National Public Radio. “It really did look like we needed to do something to encourage people to get a flu shot.” If flu is in fact not a major cause of death, this public relations approach is surely exaggerated. Moreover, by arbitrarily linking flu with pneumonia, current data are statistically biased. Until corrected and until unbiased statistics are developed, the chances for sound discussion and public health policy are limited.

I am a pediatrician and this propaganda affects my practice directly.

from the World Health Organization-2011

Health is more than influenza

The repeated pandemic health scares caused by an avian H5N1 and a new A(H1N1) human influenza virus are part of the culture of fear.1–3 Worst-case thinking replaced balanced risk assessment. Worst-case thinking is motivated by the belief that the danger we face is so overwhelmingly catastrophic that we must act immediately. Rather than wait for information, we need a pre-emptive strike. But if resources buy lives, wasting resources wastes lives. The precautionary stocking of largely useless antivirals and the irrational vaccination policies against an unusually benign H1N1 virus wasted many billions of euros and eroded the trust of the public in health officials.4–6 The pandemic policy was never informed by evidence, but by fear of worst-case scenarios.

In both pandemics of fear, the exaggerated claims of a severe public health threat stemmed primarily from disease advocacy by influenza experts. In the highly competitive market of health governance, the struggle for attention, budgets and grants is fierce. The pharmaceutical industry and the media only reacted to this welcome boon. We therefore need fewer, not more “pandemic preparedness” plans or definitions. Vertical influenza planning in the face of speculative catastrophes is a recipe for repeated waste of resources and health scares, induced by influenza experts with vested interests in exaggeration. There is no reason for expecting any upcoming pandemic to be worse than the mild ones of 1957 or 1968,7 no reason for striking pre-emptively, no reason for believing that a proportional and balanced response would risk lives.
…….

One of the most bizarre features of the “COVID-19 global pandemic” has been the mysterious disappearance of the seasonal flu in medical and public health record keeping. It’s as if the Flu just vanished into thin air after being the most common perennial seasonal respiratory virus.

As it turns out, recorded seasonal influenza cases have literally nosedived by 98% across the globe.

We are well into flu season, but San Diego County’s data for flu infections only shows 36 reported cases so far this year. Carl DeMaio tweeted out this shocking revelation, comparing it to this time in other years saying, “In a typical year we get over 17,073 on average!”

Imagine if they just relabeled the flu..?

It's crazy how the flu was eradicated last year and now it's back. So crazy. Isn't that crazy? How last year there was absolutely no flu and now this year there is flu? Why is that do you think? Surely they didn't count flu cases as Covid, right? No no no… certainly not.