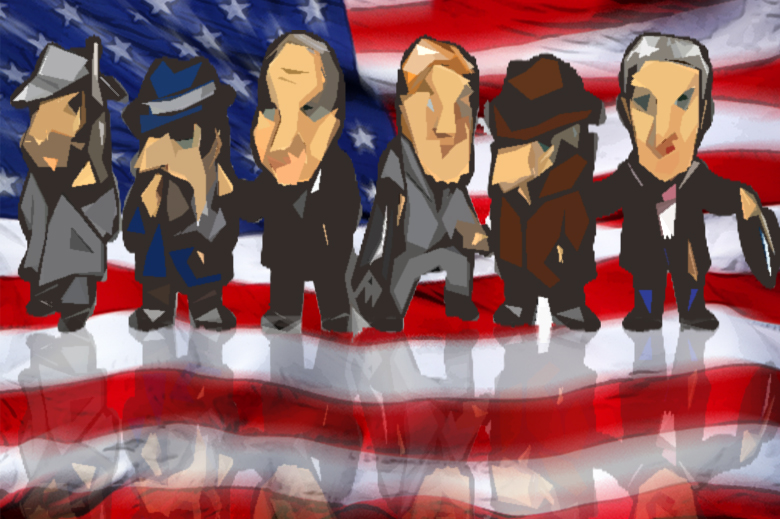 So, Who is really running the show ? Who picks who? After hearing the interviews  below you will be asking yourself these questions, if you haven’t been already.

Suddenly on September 15, the frontrunner to be the president’s nominee to Chair the Federal Reserve (not federal), Larry Summers withdrew from consideration. Hmmm, that’s curious?

Let’s turn the clock back about a month or so. At that time a certain memo that was thought to have been private was made public. Well of course not so public as to be covered by the mainstream media but public enough for those interested in real matters.

Investigative journalist Greg Palast uncovered a memo that certainly shook up the seat of the next Fed Chairmanship.

The memo beginsTimothy Geithner, reminding his boss to call the then most powerful CEOs on the planet and get them to order their lobbyist armies to march:

“As we enter the end-game of the WTO financial services negotiations, I believe it would be a good idea for you to touch base with the CEOs….”

To avoid Summers having to call his office to get the phone numbers (which, under US law, would have to appear on public logs), Geithner listed their private lines.  And here they are:

The year was 1997.  US Treasury Secretary Robert Rubin was pushing hard to de-regulate banks.  That required, first, repeal of the Glass-Steagall Act to dismantle the barrier between commercial banks and investment banks.

The banks wanted the right to play a new high-risk game:  “derivatives trading.”  JP Morgan alone would soon carry $88 trillion of these pseudo-securities on its books as “assets.”

But what was the use of turning US banks into derivatives casinos if money would flee to nations with safer banking laws?

The answer conceived by the Big Bank Five:  eliminate controls on banks in every nation on the planet – in one single move.

The new rules ginned-up by Summers and the banks would force all nations to accept trade in “bads” – toxic assets like financial derivatives.

The new rules of the game would force every nation to open their markets to Citibank, JP Morgan and their derivatives “products.”

And all 156 nations in the WTO would have to smash down their own Glass-Steagall divisions between commercial savings banks and the investment banks that gamble with derivatives.

Every nation but one with the exception of Brazil signed on. China signed–but got its pound of flesh in return.  It opened its banking sector a crack in return for access and control of the US auto parts and other markets.  Swiftly, two million US jobs shifted to China.

So, Who is really running the show ? Who picks who? After hearing these interviews you will be asking yourself these questions, if you haven’t been already.

Below are two interviews that Greg Palast has done regarding the memo and the story surrounding it. The first is his appearance on Keiser Report. The second is an interview with Luke Rudkowski of We Are Change.

Greg Palast Interview with Luke Rudkowski of We Are Change: