Taxes – When Will Enough Be Enough? 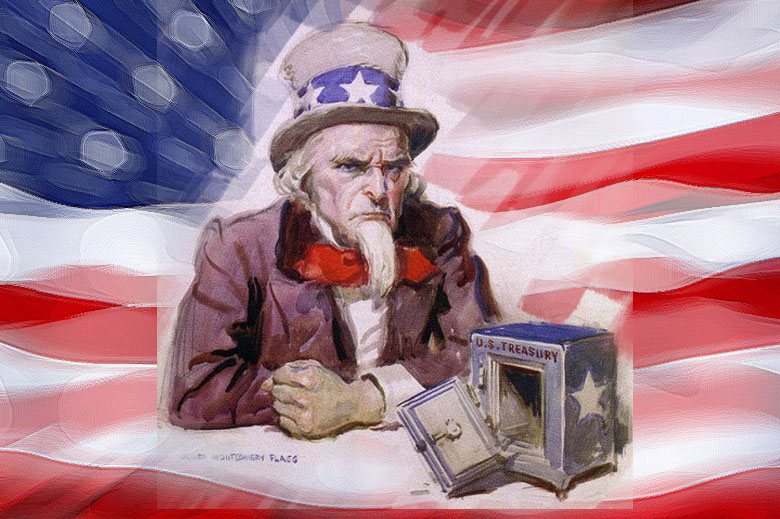 As I finally simmer down from my yearly blood-curdling check-writing tantrum to square up with what my accountant says is due (according to his interpretation of the pages and pages of tax code) it feels like the right time to reflect about what has happened.

In addition to state and local income taxes my check to the US Treasury was the biggest check I wrote all year by far. As a matter of fact, this check was more than our entire year’s worth of mortgage payments. The hard-earned money I basically just flushed down the toilet could have seen its way back into the economy. Perhaps it could have been a new deck on our house with all that material and labor involved. I could have bought my teenager a brand new car or even paid a year’s tuition at an over-priced private university. Instead these funds will mostly go towards paying the interest on the US debt. Yep, that’s right. Forget about one’s civic duty, or the price one pays for a civilized society. All the other taxes we pay go for those misallocated services. Personal income taxes mostly go directly to pay the interest on the US debt. I do not believe this is what the Founding Fathers had intended but rather what they were trying to escape and avoid.

This seems like a good time to plant this particular thought. One of the best metaphors for the situation we find ourselves in is that of the “Boiling Frog“.

If one were to throw a frog into a pot of boiling water it would immediately jump out of the pot, intolerant of the extreme heat. If one intends to eventually boil the frog it should be placed in the pot of water calmly and easily at a nice comfortable temperature. Slowly and incrementally the temperature is turned up, little by little removing rights and freedoms, whoops I mean getting hotter and hotter so the frog does not realize, hardly even noticing what is really happening as the water gets hotter still. Eventually the frog wil not have the wherewithal to jump from the pot.

The frog is cooked.

The Case Against the Income Tax

In the late 1800s, when Congress first attempted to impose an income tax, the notion of taxing a citizen’s hard work was considered radical! Public outcry ensued; more importantly, the Supreme Court ruled the income tax unconstitutional. Only with passage of the 16th Amendment did Congress gain the ability to tax the productive endeavors of its citizens.

The harmful effects of the income tax are obvious. First and foremost, it has enabled government to expand far beyond its proper constitutional limits, regulating virtually every aspect of our lives. It has given government a claim on our lives and work, destroying our privacy in the process. It takes billions of dollars out of the legitimate private economy, with most Americans giving more than a third of everything they make to the federal government. This economic drain destroys jobs and penalizes productive behavior. The ridiculous complexity of the tax laws makes compliance a nightmare for both individuals and businesses. All things considered, our Founders would be dismayed by the income tax mess and the tragic loss of liberty which results.

100 Years of The Income Tax

Woodrow Wilson signed the Income Tax into law October 4, 1913. As direct taxation of Americans was prohibited by the Constitution, a constitutional amendment was necessary before what would become the Revenue Act of 1913 could be legally imposed. The income tax, and the enabling amendment, were sold to the voters as necessary for a tax on rich people that would mean lower taxes and cheaper goods (due to lowered tariffs) for everyone else.

Only one percent of the population was subject to the tax then, and the tax rate was one percent.

The voters need not worry, they were told, because regular people would never ever pay the income tax.

One could say the frog was introduced into the pot of water.

What’s even more sinister is the passage of the Federal Reserve Act passed in 1913, how it came about, the course that it set us on and what it has done to the monetary system. We’ll cover that in its own separate post, for now let’s stick to taxes.

But if we didn’t have an income tax, how did we fund the government?

Well, we mostly did it with tariffs and excise taxes.

from an article by Thomas R. Eddlem…

Prior to ratification of the 16th (income tax) Amendment in February 1913, the federal government managed its few constitutional responsibilities without an income tax, except during the Civil War period. During peacetime, it did so largely — or even entirely — on import taxes called “tariffs.”

Congress could afford to run the federal government on tariffs alone because federal responsibilities did not include welfare programs, agricultural subsidies, or social insurance programs like Social Security or Medicare.

……not to mention the costs of the military and all of its interventions and endless entanglements that constantly grow and bloat the incomprehensible size of the US debt.

Early in the 20th century the “progressives” and the social planners started to take control in Washington.

And one of the things that “progressives” and social planners love is an income tax.  In fact, the second plank of the Communist Manifesto is a “heavy progressive or graduated income tax”.

Of course they promised us that income tax rates would always remain low.  And at first they were quite low.

But once they get their feet in the door, the social planners always want more.

Since that time, tax rates have gone much higher and the tax code has exploded in size.

Here are some other taxes collected each year. I’m sure you already pays a large number of these as well.

Yet despite all of this oppressive taxation, our local governments, our state governments and our federal government are all absolutely drowning in debt.

I think that was 97. I’d love to hear how many you checked off.

When you account for all forms of taxation on the federal, state and local levels there are many Americans that pay out more than half of their incomes in taxes.

For a completely candid no-holds-barred point of view, take twelve minutes and listen to Stefan Molyneux’s perspective and see if it makes you take pause and think a little deeper than your usual comfort zone.

2 thoughts on “Taxes – When Will Enough Be Enough?”