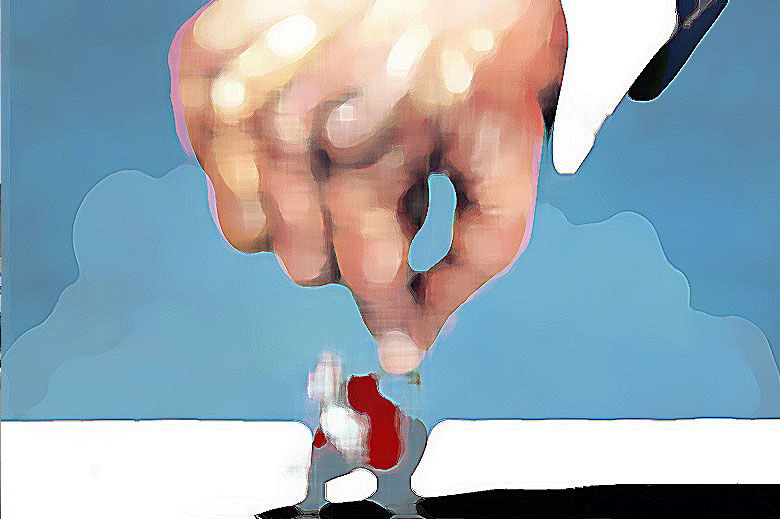 One of the biggest robberies in the history of mankind is happening right now.

Maybe that’s because the perpetrators are wearing suits and ties instead of ski masks. They use complex economic jargon instead of guns. And the media treat them with respect.

None of this changes the nature of their actions. They’re still taking without consent. The result is no different than if a thief picked your pocket.

Here, though, most victims don’t even realize they’re victims. The most prominent victims are retirees.

Retirees depend on the investment income earned from their life savings to pay the bills. The amount of income generated depends on interest rates.

You see, market forces don’t set interest rates. A politburo of central planners—who call themselves central bankers—set them. The Federal Reserve is the US’s central bank.

Central banks make the absurd claim that they operate independent of politics. In reality, they’ve always existed to please politicians. Their actions usually come at the expense of prudent savers.

For years the Fed has set interest rates lower than they would have been absent its intervention. It does this in the mistaken belief that it will benefit the economy by boosting spending. But encouraging spending just for the sake of spending isn’t sound economics.

Artificially low interest rates pump massive distortions into the economy. The results are disastrous for retirees.

Saving money is four times harder than it was just 15 years ago, and the Fed is the culprit.

The Fed is siphoning money from savers by setting interest rates lower than what the free market would. It’s an enormous—but hidden—wealth transfer from savers to debtors. It amounts to one of the biggest swindles in world history.

But you don’t have to be a passive victim. If you take a global view, you can escape the Fed’s shakedown. Foreign investments can have higher yields and better risk/reward profiles.

Though chances are good that one of the big custodians—like Fidelity or Schwab—holds your retirement savings.

This is a problem because they put strict limits on what you can invest in. It’s like an investment straitjacket. Foreign investments likely aren’t on the menu.

There is no reason at all that it has to be this way, though……….

3 thoughts on “The Fed Steals from Retirees and Savers”