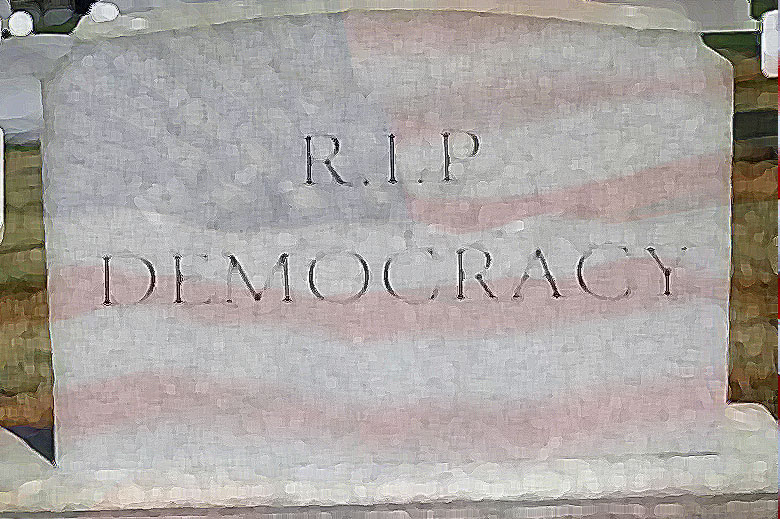 Macroeconomic analyst Rob Kirby thinks that everybody should take notice of what is happening with the Greek debt crisis drama.  Kirby contends, “What has occurred in Greece, make no mistake, it is a financial coup.  It is not a bailout.  It’s a takeover by force.  The leader of Greece has obviously been told, and effectively has a gun to his head, the way it’s going to be.

The Greek people voted for what they want, (and got the opposite…sounds like those Tea-Party candidates who were going to go to Washington and clean up the out-of-control debt/spending) and we know what the Greek people’s wishes are, and they don’t want more austerity.  They want to divorce themselves from the IMF and the European Central Bank (ECB).  We know that clear as day, but that is not acceptable to the global elitists and the globalist bankers.

Kirby explains that Goldman Sachs cooked the books to get Greece qualified for the Euro in the first place. And they were not the first country to use financial gimmickry to qualify.

And so the 2015 season of the Greek drama is coming to a close following last night’s vote in Greek parliament to vote the country into even more austerity than was the case before Syriza was voted into power with promises of removing all austerity, even with Europe – which formally admits Greece is unsustainable in its current debt configuration – now terminally split on how to proceed, with Germany’s finmin still calling for a “temporary Grexit”, the IMF demanding massive debt haircuts, while the rest of Europe (and not so happy if one is Finnish or Dutch) just happy to kick the can for the third time.

Which means that nothing is really fixed, Greece will remain a pass-through vehicle for the Troika to pay into so it can repay itself, while the Greek economy continues to disintegrate, and this whole theater will repeat itself in X months, just with a different set of players.

….’working backwards through the timeline….

Greece May Not Get Bailout, Grexit “The Better Way”, Schaeuble Says

German Finance Minister Wolfgang Schaeuble questioned whether Greece will ever get a third bailout programme on Thursday, a day after the Greek parliament passed a package of stringent measures required to open negotiations on financial aid.

Despite earlier commenting that Greek debt sustainability is hard without a write off, German FinMin Schaeuble just told German lawmakers bluntly that there will be no Greek debt cut. What is problematic for Merkel and her minions is that Mario Draghi just confirmed what The IMF has been ‘secretly’ leaking – that it is “uncontroversial that Greek debt relief is necessary.”

Update: As noted below, Greek PM Alexis Tsipras faces a party rebellion ahead of today’s vote in parliament. According to multiple reports, more than half of Syriza lawmakers have indicated they will vote against the deal, leaving Tsipras to depend on opposition support to pass the new term sheet and throwing the future of Greek politics into question.

Yesterday Tsipras uttered two stunners during his interview on national TV: one was the admission that after today Greece will no longer be a sovereign, democratic state but will instead be controlled by the Troika.

This is a problem for the Greeks: if they allow their government to hand over Greek sovereignty to Germany for at least the next three years (in reality much less since the next and final Greek default will be imminent for the nation whose banks will also be controlled by the ECB) they will have nobody to blame but themselves.

But it was his other statement that also managed to stun Germany when he said:

Tsipras Stunner: Creditors Said “There Is No Point In Holding Elections” In Bailed Out Countries

So the Troika makes it clear that countries under a bailout, such as a Greece was and is about to be indefinitely again, democracy is finished and the country becomes a sovereign ward of a few unelected bureaucrats, and the Greek “prime minister” who also just admitted he is now nothing but a puppet of Greece’s new unelected leaders, is Ok with this.

IMF Rips Pandora’s Box To Shreds, Demands Greek Debt Relief “Far Beyond What Europe Has Been Willing To Consider”

What remains of the Greek economy, above all its most valuable assets, is to be pillaged so that Athens can continue to pay back loans from the EU, the European Central Bank and the International Monetary Fund.

Greece is to be placed under the direct control of EU officials. The function of Greece’s parliament will be to rubber-stamp the transfer of real authority to Brussels and Berlin. It has until Wednesday to pass a series of laws implementing the demands of German imperialism and the EU.

In other words, the present round of asset-stripping is only the beginning.

Yanis Varoufakis just sat down for his first interview since resigning as Finance Minister of Greece. He talked frankly with Harry Lambert of the New Statesman. Here are the two most important paragraphs from the transcript.

There is no democracy in Europe. None.

Varoufakis said that Schäuble, Germany’s finance minister and the architect of the deals Greece signed in 2010 and 2012, was “consistent throughout”. “His view was ‘I’m not discussing the programme – this was accepted by the previous [Greek] government and we can’t possibly allow an election to change anything.

“So at that point I said ‘Well perhaps we should simply not hold elections anymore for indebted countries’, and there was no answer. The only interpretation I can give [of their view] is, ‘Yes, that would be a good idea, but it would be difficult. So you either sign on the dotted line or you are out.’”

Tsipras Interviewed, Sticks Foot In Mouth: “I Signed A Deal I Do Not Believe In But Am Willing To Implement”

Greece Just Lost Control Of Its Banks, And Why Deposit Haircuts Are Imminent

Yes, Greek banks may have been insolvent – something that was clear since the first bailout of 2010 – but at least the Greek state had control over them: as such it could have mandated mergers, recapitalizations, liquidity injections, even depositor bail-ins (perhaps the harshest lesson for the ordinary Greek population as a result of this latest crisis is that deposits are not “cash in the bank” but liabilities of insolvent financial organizations).

Starting on Wednesday that will no longer be the case.

Why Greece Is The Precursor To The Next Global Debt Crisis

Greek debt defaults may ripple in dangerous ways through the financial system, but because they are also true for many other members of the Eurozone.

Tsipras Sells Out Referendum ‘No’ Vote Ahead Of Weekend Deadline

Ahead Of Dark ATMs, Import Shortages, Tsipras Goes Back To Brussels Begging For Bailout

Greferendum Results In Landslide “No” Victory

…..the final result is 61.3% No, 38.7% Yes – a whopping rejection of Troika hegemony which may also be the final nail in any negotiations between Greece and the Eurogroup.

……….and once again, looking forward, it turns out the voting was meaningless…………