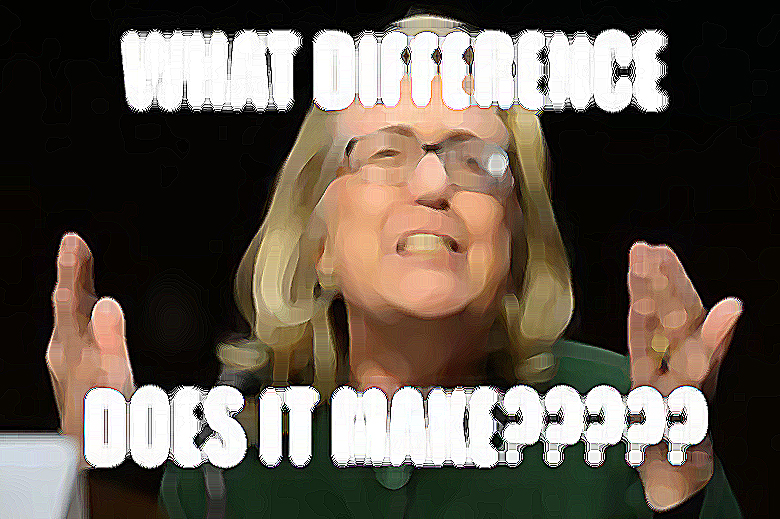 The Clinton Foundation has confirmed it accepted a $1 million gift from Qatar while Hillary Clinton was U.S. secretary of state without informing the State Department, even though she had promised to let the agency review new or significantly increased support from foreign governments.

…..Clinton signed an ethics agreement governing her family’s globe-straddling foundation in order to become secretary of state in 2009.The agreement was designed to increase transparency to avoid appearances that U.S. foreign policy could be swayed by wealthy donors.

The State Department has said it has no record of the foundation submitting the Qatar gift for review,…..

The State Department said it has no record of being asked by the foundation to review any increases in support by a foreign government.

The Clinton family’s mega-charity took in more than $140 million in grants and pledges in 2013 but spent just $9 million on direct aid. This is a charity fraud.

Hillary Accepted Qatar Money Without Notifying Government, While She Was Head Of State Dept

Three weeks ago, when we first reported that Qatar had offered to pay the Clinton Foundation $1 million after a hacked Podesta email disclosed that the ambassador of Qatar “Would like to see WJC [William Jefferson Clinton] ‘for five minutes’ in NYC, to present $1 million check that Qatar promised for WJC’s birthday in 2011”, we said that in this particular case, the Clinton Foundation may also be in violation of State Department ethics codes……

Of course, US foreign policy could be very easily swayed if Hillary accepted money and simply did not report it the receipt of such money.

However, and where things got awkward for Clinton, is that the State Department has said it cannot cite any instances of its ethics officials reviewing or approving new donations from foreign governments to the foundation while Clinton served as the country’s top diplomat from 2009 until 2013, confirming the foundation was in clear breach of its ethics agreement over the not immaterial donation of $1 million from a foreign state, which as Hillary herself also disclosed in another hacked Podesta email, is the primary supporter of the Islamic State.

To summarize, due to an “oversight”, Hillary Clinton violated an ethics agreement she signed during her tenure as State Department, and “forgot” to notify the Department (which she headed) that her family’s foundation had received at least $1 million from Qatar, a state which alongside Saudi Arabia, she admitted provides “financial and logistic support to ISIL”; and also appears to have “forgotten” to notify the State Department on all other occasions when foreign countries were paying the Clinton Foundation to purchase political influence and clout.

Over three years after we first reported that one of the two chief sources of funding and support for the “Islamic State” is the small but wealthy nation of Qatar, and long after we also announced that Saudi Arabia had revealed that it was behind ISIS, in a report that was widely disputed, overnight we finally got definitive evidence that it was indeed Qatar and Saudi Arabia that are the main “logistical and financial” supporters of the Islamic State terrorist organization.

In a leaked email sent on August 17, 2014 by Hillary Clinton to her current campaign manager, John Podesta, who back then was counselor to Barack Obama, she admitted that Qatar and Saudi Arabia “are providing clandestine financial and logistic support to ISIL and other radical Sunni groups in the region.”

Please read more from the source.

One thought on “Hillary Accepted Qatar(primary supporter of the Islamic State) Money Without Notifying Government, While She Was Head Of State Dept”